“This feels more cyclical than structural,” Pierre Breber, the CFO of Chevron (CVX), the No. 2 US oil company, said in a phone interview. “We view these prices as above mid-cycle and above what our price assumptions would be.” 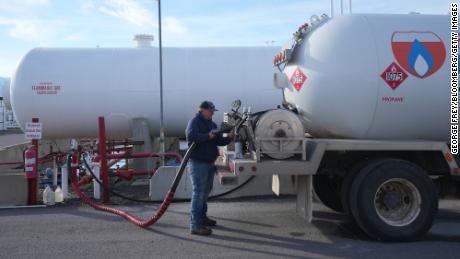 US crude recently topped $85 a barrel for the first time in seven years. Prices at the pump have climbed to $3.40 a gallon nationally, according to AAA. Drivers in Pennsylvania, Illinois and Colorado are now paying more than $3.50 a gallon on average, and that’s nearing $4 in Nevada and Washington.

Despite talk of an oil “supercycle” — an extended period where prices stay above their long-run trend — Breber said he is skeptical that prices will linger around $80 to $100 for years.

The Chevron exec said supply and demand gets out of whack in commodity markets, noting crude’s unprecedented crash below zero in April 2020. “We’re seeing the reverse now,” he said.
Boosted by high oil prices, Chevron hauled in a $6.1 billion profit during the third quarter. That’s the biggest profit for Chevron in eight years. Free cash flow jumped to a record $6.7 billion. After losing $680 million a year ago, ExxonMobil swung to a profit of $6.8 billion. Exxon (XOM) is doing so well that it surprised shareholders with a $10 billion share buyback program.
Natural gas prices have more than doubled this year, recently touching their highest level since 2008. Home heating costs are expected to rise sharply, adding to the elevated cost of living and amplifying inflation concerns.
Asked what he would say to everyday Americans struggling with high energy prices, Breber pointed to how Chevron is boosting supply, with output rising 7% from a year ago.
“We are investing. We are growing our production,” Breber told CNN. “I have a lot of empathy for high energy costs, particularly for lower-income people. It’s a bigger part of their budget.” 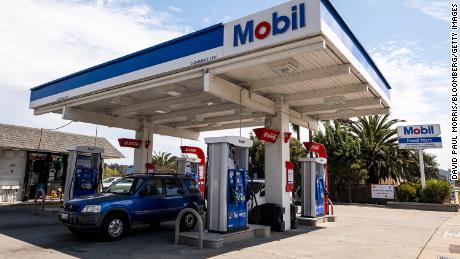 Breber added that this is an issue for policymakers to tackle. “It’s for government and others to help ameliorate any impacts on individuals,” he said.

Chevron reported results a day after oil industry executives, including Chevron CEO Michael Wirth, were grilled at Congressional hearing over their role in the climate crisis. House Oversight Chair Carolyn Maloney she plans to subpoena the oil companies and trade groups for key documents they have not turned over voluntarily.
“We have been working diligently to collect and produce the documents the committee requested,” Chevron spokesperson Braden Reddall told CNN.
Source: Read Full Article