10 Things in Politics: Another mass shooting in America

Good morning! Welcome back to 10 Things in Politics. Sign up here to get this newsletter in your inbox each day. Send your tips and suggestions to bgriffiths@insider.com or tweet me @BrentGriffiths.

Here’s what you need to know:

1. LESS THAN A WEEK: Large, public mass shootings are becoming commonplace again after they subsided during pandemic-related lockdowns. America’s heartbreaking whiplash continued on Monday as ten people were killed at a grocery store in Boulder, Colorado, less than a week after eight people, including six Asian women, were killed in three spas across the Atlanta area.

Colorado continues to be disproportionately the site of mass shootings: Six other mass shootings have happened within 40 miles of the Boulder grocery store. 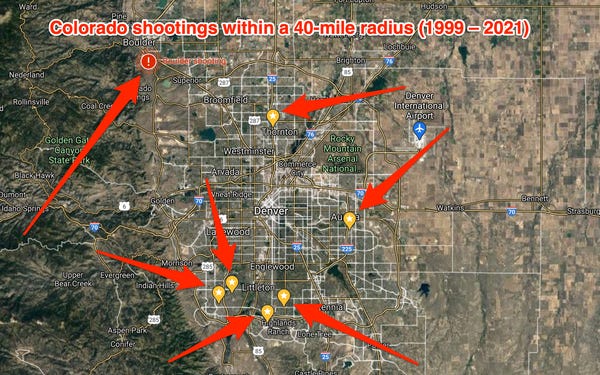 What we know about the Boulder shooting so far:

What will Biden do?: As VP, Joe Biden’s effort to push a bipartisan gun control policy failed in the Senate by six votes months after the 2012 Sandy Hook Shooting. People who know Biden say that failure is a reason he won’t let up on the issue.

2. Inside Trump’s return to social media: Top aides are helping former President Donald Trump start his own social network. At the center of it is Brad Parscale, Trump’s former campaign manager, who was detained by Florida police last October after his wife said he was drunk and suicidal. More on how Trump is teasing his new effort.

3. US health agency raises questions about AstraZeneca’s vaccine trial data: The drugmaker may have provided an incomplete view of its data, the National Institute of Allergy and Infectious Diseases said in a statement last night. An independent committee overseeing the trial expressed concern that AstraZeneca may have included “outdated information” in its data. Here’s what this means for AstraZeneca’s quest for US authorization.

4. Biden is talking about a $3 trillion infrastructure plan: Instead of a massive single bill, proposals like national paid family leave, free community college, and universal pre-K would be split into smaller, separate bills. Many details remain in flux.

Part of the bill would be paid for with tax increases on the wealthiest Americans: But that doesn’t mean Sen. Elizabeth Warren’s wealth tax is on the table. Rather, Biden is considering changes to the current tax code like boosting and capital-gains tax rates on top earners, per Bloomberg News. 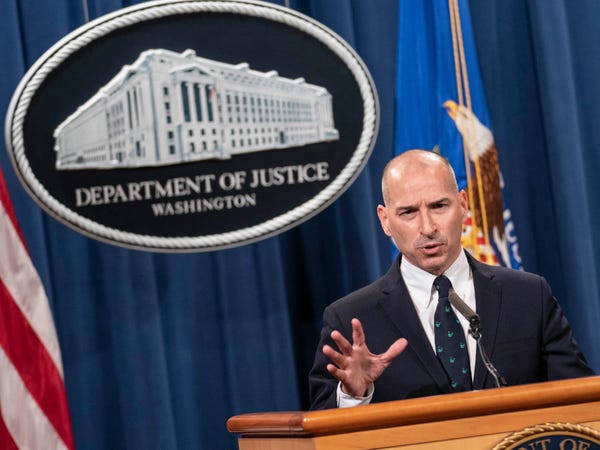 5. The DOJ was blindsided by an interview about the Capitol riot: “Michael Sherwin, a Trump-appointed prosecutor overseeing the Capitol riot cases, blindsided top Justice Department officials last week in agreeing to sit for a high-profile television interview that some fear has jeopardized proceedings related to the violent insurrection.” More in our exclusive report.

6. Sidney Powell’s lawyers say her conspiracy theories about Dominion were too outlandish to be taken seriously: Powell furthered Trump’s “big lie” by spreading bizarre theories that Dominion, an election-technology company, secretly rigged the 2020 election. Now, her lawyers are trying to get Dominion’s $1.3 billion defamation lawsuit dismissed by arguing that “no reasonable person” would have believed Powell, even though she repeated some of those claims in lawsuits she filed. More on Powell’s latest turn.

7. The top things for your calendar, all times Eastern:

9. Biden now has all his Cabinet secretaries: Marty Walsh’s confirmation as Labor Secretary means the president now has 15 Cabinet secretaries, a mark that came more quickly for Biden than Trump or Obama. While Biden will have a historically diverse Cabinet, he’s also the first president in decades not to appoint an Asian American secretary.

10. Game over for now: The impact of the pandemic on the video-game industry is starting to emerge with a number of this year’s biggest games already delayed until 2022 due to development struggles. In short, get used to playing the games you already have.

Today’s trivia question: Today is the anniversary of the first time one of America’s favorite abbreviations was printed. What is it? Email your guess and a suggested question to me at bgriffiths@insider.com.