A ruling from 'Mount Parliamentarian' 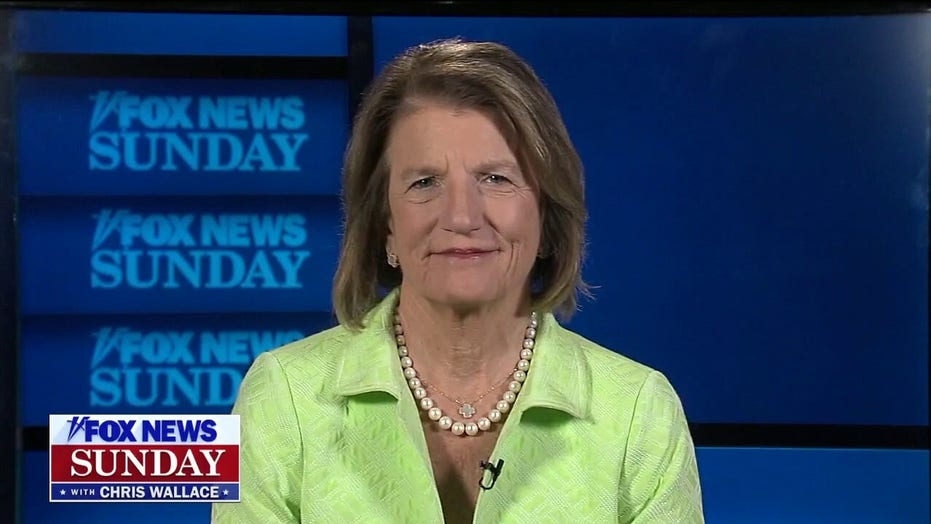 GOP lawmaker on Biden’s infrastructure plan: The president’s ‘heart is in this’

For those of you following the potential for an infrastructure bill, it appears we have a decree from “Mount Parliamentarian.”

We write this in jest, because there is no such thing in the Senate. Rulings and decisions from Senate Parliamentarian Elizabeth MacDonough are important. But when you’re trying to pass an infrastructure bill, those who toil on Capitol Hill have a way of transforming every jot and tittle of the process into a decree, practically issued from “Mount Parliamentarian.”

That’s why there’s been a lot of behind-the-scenes Senate gesticulating that MacDonough may have ruled in a way to make it harder for Democrats to pass an infrastructure bill on their own.

Fox News is told this is true. Such advice issued from MacDonough’s office isn’t announced with bugles and fanfare. They sometimes take the form of written responses to senators and certain staff posting key questions. The information sometimes comes via a conversation or phone call. Whatever MacDonough may or may not have said about the procedure for handling an infrastructure bill constitutes guardrails based on the Senate’s rules and precedents. Her information may help Senate Democratic leaders decide how to approach an infrastructure bill. But this is hardly a proclamation issued with fanfare – with the exception of those who want you to believe it is.

Still, this will influence how Democrats craft their strategy to pass an infrastructure bill.

However, the only way to do this is via a special budget process called “reconciliation.” Budget reconciliation extinguishes the filibuster used to kill bills. You only need a simple majority to pass a bill via reconciliation. Sixty votes to overcome a filibuster aren’t required.

But, lawmakers can only use this reconciliation gambit twice in a Congress. One for each fiscal year. And you must first adopt a budget – even if it’s just a shell.

There are two “fiscal years” for the federal government in a two-year Congress. Democrats already used one reconciliation vehicle associated with one fiscal year to approve the massive, $1.9 trillion COVID package over the winter. So, that means that Congress could use the second reconciliation from the upcoming fiscal year for infrastructure. Things like infrastructure, tax reform and health care qualify for this special type of legislative tool.

However, Fox News is told it will be nearly impossible for the House and Senate to adopt a budget resolution this year. So, Democrats decided to lean on the old reconciliation measure prepared for the coronavirus bill.

This means Democrats could conceivably re-tool an existing reconciliation plan for infrastructure. No one has ever tried to use a reconciliation measure twice. But, back in April, it appears MacDonough told Democrats they could try – in accordance with Section 304 of the Budget Act.

That “ruling” may in fact be a very black and white ruling. The statute says what it says – even though no one has thoroughly explored it like this. So Democrats have long been talking about repurposing the COVID-19 reconciliation measure for infrastructure.

Then, word leaked out over the past couple of days about another dictum issued from “Mount Parliamentarian.”

Fox News is told that MacDonough said a revised budget reconciliation package must pass through committee and head to the floor for a possible “vote-a-rama.” A “vote-a-rama” is a lengthy, arduous process which sometimes consumes an entire calendar day or more. The vote-a-rama forces senators to take challenging votes on a host of issues.

In other words, even though MacDonough may have said it’s possible to revamp the old reconciliation instrument Democrats deployed for the coronavirus aid package, the process will likely be just as onerous.

Much has been written that this “pronouncement” may well inhibit the ability of the Democrats to pass their infrastructure bill. Possibly. But it was likely to be a challenge anyway – even if Democrats rehashed the old reconciliation process.

The exercise chews up time and is taxing.

This brings us back to a not-so-little-known secret on Capitol Hill: Democrats have yet to demonstrate that all 50 of their members are aligned on an infrastructure package. So even if they used reconciliation, Democrats may lack the votes to pass it. There has to be a 50-50 tie for Vice President Kamala Harris to cast the tie-breaking vote, anyway.

Strategically, Democrats may fare better losing a couple of their own and teaming up with a handful of Republicans on infrastructure. If they can convince enough Republicans to vote yes, they won’t have to worry about reconciliation and can overcome a filibuster.

Why the rattling around about all of this now?

President Joe Biden huddled today with the GOP’s lead infrastructure negotiator, Sen. Shelley Moore Capito, R-W.Va. Democratic leaders are anxious to demonstrate to their colleagues that if there is no agreement with the GOP, they will have to pick a more difficult path to pass infrastructure. But, word of the ruling from “Mount Parliamentarian” simultaneously signaled to Democrats that they were prepared to move, no matter what. Or, they would be forced to move that way.

The leak of the “ruling” from “Mount Parliamentarian” also indicates that Democrats may have a method to go forward – even if it’s more complicated.

Finally, some may interpret all of this as a message to Sens. Joe Manchin, D-W.Va. and Kyrsten Sinema, D-Ariz. “Democrats need you.” Democrats believe they can pull this off – even if the road is rocky. Democrats can execute the plan, but only if they stick together.

On most occasions, such information provided to senators and staff from the parliamentarian is private, complex, and dense – steeped in Senate procedure.

But the information leaked in this instance with an express purpose in mind. That’s why the message was fortified for consumption by senators, the press and the public.

And, interested parties transmogrified this nugget of parliamentary guidance into a “Ruling from Mount Parliamentarian.”