The competition watchdog has given Woolworths’ half-a-billion dollar acquisition of food services company PFD the green light, saying after a lengthy inquiry the tie-up would not substantially reduce competition in the market.

The decision, passed down on Thursday morning, is a significant coup for the supermarket giant as Australia’s Competition and Consumer Commission (ACCC) had previously raised numerous concerns over the deal and was widely expected to block it. 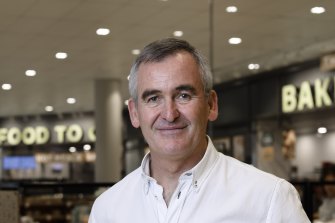 Woolworths announced its intention to acquire 65 per cent of PFD last August. The $550 million deal drew significant interest from the ACCC and independent suppliers, who were concerned the acquisition could see Woolworths increase its already substantial bargaining power with food manufacturers.

ACCC chair Rod Sims said the decision to allow the merger to proceed came after the watchdog concluded the tie-up was unlikely to substantially lessen competition in the food industry. But he admitted the amalgamation of the two large companies would likely change how the wholesale food distribution industry operates.

The ACCC’s investigation focused largely on the deal’s potential impact on food and grocery suppliers, who often view wholesale food distributors such as PFD as alternatives to the big supermarkets.

“While there were concerns expressed by some suppliers, many suppliers did not raise competition concerns. PFD makes up about 2 per cent of the overall demand from food suppliers, which was a key factor in the lack of concern from some suppliers,” Mr Sims said.

“While there were concerns expressed by some suppliers, many suppliers did not raise competition concerns.”

Woolworths and PFD do not compete for customers to any meaningful extent, Mr Sims said, and there were very few suppliers where both Woolworths and PFD make up a significant portion of their channels to market.

“We consulted with suppliers of all sizes and found that many suppliers also have additional alternative channels, such as supply to manufacturing, direct supply or negotiation with institutional and restaurant chain customers, and exports,” he said.

However, Mr Sims acknowledged the deal would likely see Woolworths become a larger and more aggressive player in the food distribution industry and could see the company expand PFD’s reach by bringing down prices for restaurants, cafes and other businesses. 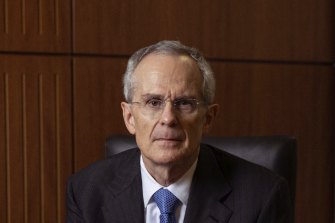 Rod Sims, chair of the ACCC, said there were enough other suppliers around to not make the deal anti-competitive.Credit:Dominic Lorrimer

“Despite these potential changes, we concluded that there are several competitors in the wholesale segment with similar market share to PFD and non-price aspects of competition, such as range, quality and service levels are likely to remain an important part of the competitive dynamics,” he said.

“Consequently there is not likely to be a substantial lessening of competition.”

Woolworths chief executive Brad Banducci said the company was pleased to gain the approval of the ACCC, with the deal now expected to be completed by the end of the month.

“[PFD is] a great Australian success story and a well-respected business with both suppliers and customers in the foodservice industry,” he said. “This investment is a logical adjacency for Woolworths Group and further supports the evolution of the group into a food and everyday needs ecosystem.”

Woolworths and PFD had previously proposed a behavioural undertaking to the ACCC which would see the two businesses run separately to each other for three years in an attempt to allay supplier concerns over trading terms. On Thursday, the ACCC said market feedback suggested the undertaking would not be effective and it wasn’t necessary for the businesses to use one.

Mr Sims also took the opportunity to voice his support for a strengthening of the Food and Grocery Code, which he believes should be made mandatory and should include civil penalties for non-compliance.

“We consistently received feedback that while the supermarkets’ conduct has improved since the introduction of the code, poor behaviour continues, and the significant imbalance in the bargaining position of suppliers and the supermarkets remains,” Mr Sims said.