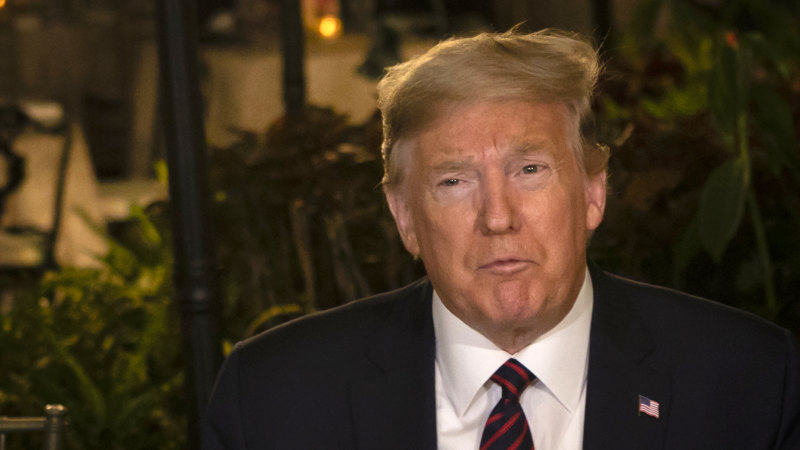 A federal judge has concluded that a bid protest lawsuit brought by Amazon over President Donald Trump’s intervention in an important Pentagon cloud computing contract "is likely to succeed on the merits" of one of its central arguments, according to a court document made public Friday.

The document provides the first indication of how Court of Federal Claims judge Patricia Campbell-Smith views the evidence presented on both sides. 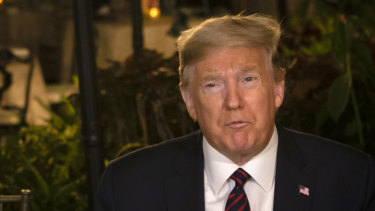 In its bid protest, Amazon accused Trump of improperly interfering in the bid protest to spike the company’s bid.Credit:Bloomberg

In a blow to Microsoft and the Defence Department, Campbell-Smith ordered the Pentagon to halt work on JEDI last month. In an opinion explaining her reasoning, Campbell-Smith sided with Amazon's contention that the Pentagon had made a mistake in how it evaluated prices for competing proposals from Amazon and Microsoft. She also concluded that the mistake is likely to materially harm Amazon, an important qualifier for government contract bid protests. And she rejected arguments raised earlier by Microsoft and the Defence Department that Amazon should have raised its concerns sooner.

A Defence Department spokesman expressed disappointment in the ruling but declined to comment on its specifics.

"The Department is disappointed in the Court's ruling," Pentagon spokesman Lieutenant Colonel Robert Carver said in an email. "We remain focused on getting this critical capability into the hands of our warfighters as quickly and efficiently as possible." 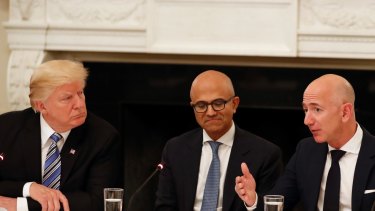 "The decision disagreed with a lone technical finding by the Department of Defence about data storage under the evaluation of one sub-element of one price scenario," Shaw said in a statement.

"While important, there were six pricing scenarios, each with multiple sub-elements, and eight technical factors, each with numerous sub-factors evaluated during the procurement. The decision does not find error in the Department of Defence's evaluation in any other area of the complex and thorough process that resulted in the award of the contract to Microsoft."

Shaw further defended the Defence Department's handling of JEDI, adding: "We have confidence in our technology, our bid, and the professional staff at the Department of Defence."

The Joint Enterprise Defence Infrastructure contract, better-known as 'JEDI', calls for a powerful cloud computing system through which military agencies can access data centres operated by a commercial tech company. Top Defence officials have labelled it a crucial national security priority that will improve deployed troops' access to technology and intelligence, and lay the groundwork for the military's adoption of artificial intelligence. It has been delayed repeatedly since it was first announced in early 2018.

In its bid protest, Amazon accused Trump of improperly interfering in the bid protest to spike the company's bid. It cited repeated public statements Trump has made against the company and its founder, Jeff Bezos, going back to the early days of his campaign. And it has asked to depose Trump along with Defence Secretary Mark Esper, chief information officer Dana Deasy and others.

Campbell-Smith has not yet ruled on Amazon's contention that Trump interfered personally in the bidding process.

Representatives from Amazon did not immediately respond to requests for comment on Friday's ruling.