A routine 90-minute flight in Afghanistan just made history.

The country’s only private airline, Kam Air, is celebrating its first flight with an all-female crew, which it says is the first in the South Asian country’s history.

Kam Air’s first female Afghan pilot, 22-year-old Mohadese Mirzaee, joined Captain Veronica Borysova in piloting the Boeing 737 from the capital city of Kabul to Herat in western Afghanistan on Wednesday. And while they were at work in the cockpit, four female cabin crew serviced passengers for the routine 350-nautical mile flight while it journeyed across the country.

Josh Cahill, a leading airline reviewer and travel YouTuber, was invited onboard the flight to document the endeavor during a recent trip to the Middle East and South Asia. Aside from the flight’s historic nature, Cahill said the flight was as smooth running as any that he’s in his extensive global journeys, telling Insider that the flight crew consisted of “highly trained pilots.” 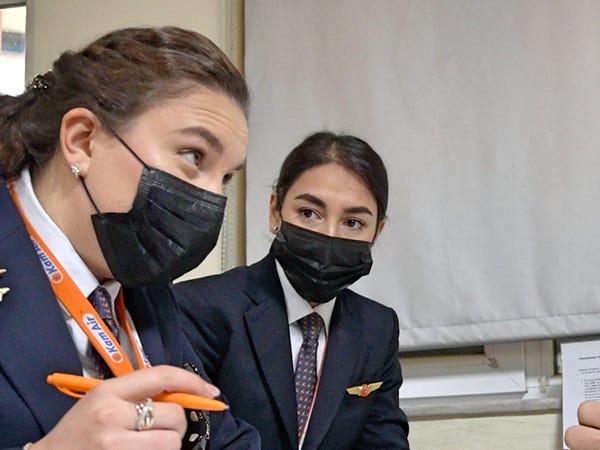 “The crew has been very professional, just as you would expect from any other airline around the world,” Cahill told Insider. “I have joined a few crews at the flight deck around the globe and I couldn’t notice any difference.”

The historic flight was kept largely under wraps, besides inviting Cahill, as is the norm in the country. Airlines typically do not miss the opportunity to spread the word about their accomplishments but Afghanistan’s heightened security discourages high-profile events.

South Asian and Middle Eastern countries like Afghanistan, Pakistan, and Iran are a constant source of fascination for aviation enthusiasts like Cahill as their airlines boast some of the most unique and oldest aircraft still flying.

The 23-year-old Boeing 737-500 performing the flight was originally delivered to Continental Airlines in 1998, according to Planespotters.net, and delivered to Kam Air in April. It isn’t the oldest aircraft in Afghanistan but the type has long been retired by US airlines.

Cahill is no stranger to the country and has witnessed Kam Air’s development first-hand over the years.

“I have been frequently visiting Afghanistan for the past 6 years and it is nice to see how Kam Air is developing given the difficult circumstances,” Cahill said. The airline had recently lost nine staff members in a 2018 Taliban attack at the Intercontinental Hotel in Kabul.

Kam Air is currently banned from European Union airspace but plans to start flights to Frankfurt, Germany soon, citing its certification under the International Air Transport Association Operational Safety Audit as a step towards being taken off of the Union’s blacklist. 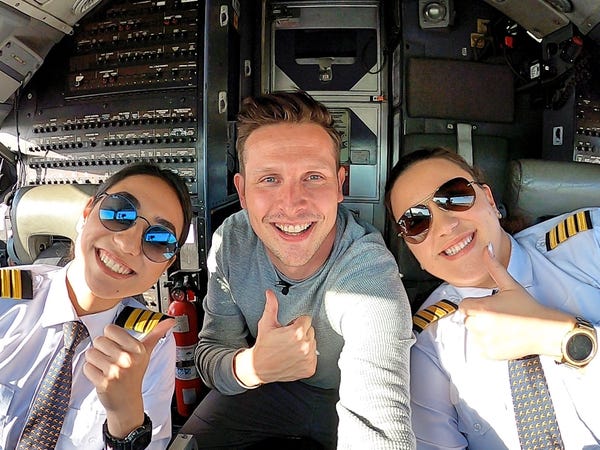 Cahill frequently travels the globe as part of his job to review the latest airline products but doesn’t encounter female pilots all that often, let alone all-female flight crews, something he hopes will change as the industry progresses.

“Unfortunately, it is still rather rare to see female pilots around the world, especially in male-dominated societies such as the Middle East, but I really hope that my documentary on Kam Air will change this and inspire more women to join our industry,” Cahill said, having flown on the world’s best and worst airlines during his travels in the furthest reaches of the world from America to Afghanistan.

Cahill’s documentary on the flight will air on International Women’s Day on March 8.