In media news today, The Washington Post gets slammed for tweet saying Waukesha massacre was ’caused by an SUV,’ The New York Times staffers push holiday boycott of its Wirecutter service, and Seth Rogen goes viral for shrugging off LA car burglaries

Andrew Yang jumped to comedian Dave Chappelle’s defense and criticized media coverage of him Friday after he met some hostility upon visiting his old high school.

Chappelle, an outspoken progressive who has irked the left with his jokes and remarks about transgendered individuals, spoke at his old stomping grounds at Washington, D.C.’s, Duke Ellington School of the Arts, where he reportedly met plenty of cheers but also some fierce criticism, including from one 16-year-old who deemed him a “bigot.”

Chappelle has won accolades from opponents of political correctness and cancel culture for refusing to apologize for his routine in his latest Netflix special “The Closer,” where he was accused of going too far with jokes some liberals deemed homophobic or transphobic. 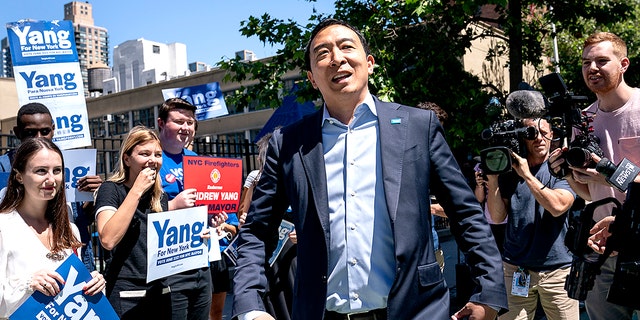 Yang, whom Chappelle backed during his longshot run for the 2020 Democratic presidential nomination, took to Twitter to note Chappelle was the only one of the many celebrities who supported him to perform on his behalf.

He “even made phone calls and hung out with staff. He did it because he wants to help people. Great guy,” Yang wrote.

“The press hit job on his visiting his high school is awful,” he added. “Successful alum who fundraises for school returns, speaks to students and gives everyone a free meal before Thanksgiving. But of course in 2021 an obvious positive gesture is framed negatively in the media.”

Politico reported that Chappelle responded to an antagonistic question from a student with some antagonism of his own: “I’m better than every instrumentalist, artist, no matter what art you do in this school, right now, I’m better than all of you. I’m sure that will change. I’m sure you’ll be household names soon.”

“Your comedy kills,” another student shouted at him.

“N—— are killed every day,” he reportedly responded, before saying, “The media’s not here, right?”

Despite some tense moments, students also said Chappelle had a softened tone by the end of the visit and denounced death threats some students received over protesting him. One student recounted him as being “really kind.” He also gave each student three tickets to his documentary “Untitled” and 600 meals to students and staff for Thanksgiving. 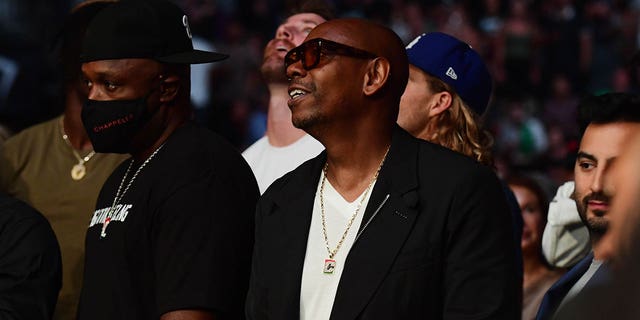 Often lauded as one of the greatest comedians of all time, Chappelle was panned by liberal critics for “The Closer,” with some saying they were “angry” and “disappointed.” One even accused him of exercising “White privilege.” (Chappelle is Black.)

Chappelle and other big names like Twitter’s Jack Dorsey and billionaire Elon Musk backed Yang in his 2020 bid, as his outsider status, online fandom and concentration on universal basic income and worker displacement helped him outlast established politicians. However, he failed to win any primaries and ultimately backed Joe Biden.

Following an unsuccessful bid for the New York City mayoral Democratic nomination this year, he left the Democratic Party and formed the Forward Party PAC, with the hopes of attracting members of both major parties fed up with the current system.

“We can see that the current system is not working, that we’re losing a lot of common sense, that there should be a common-sense, middle-ground party,” Yang told Fox News last month. “And that’s what the Forward Party is.”