On Monday, Fox News reporter Bill Melugin appeared on “Tucker Carlson Tonight” to report on a self-described Antifa member vandalizing a Republican senator’s office with an axe and receiving a light punishment.

Host Tucker Carlson remarked on the recent news that Jacob Chanlsey, otherwise known as the QAnon Shamam, will receive three years in prison for entering the Capitol building during the Jan. 6 Capitol riot. By contrast, he noted, left-wing criminals appeared to receive softer treatment. 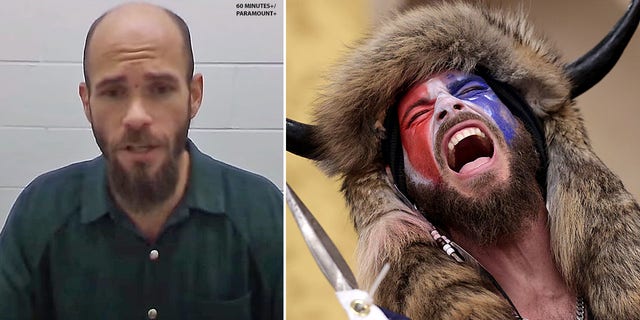 “In case you’re looking for yet another example of justice applied unequally, here’s one: the Qanon Shaman just got three years in prison for walking, smiling around the Capitol building on Jan. 6. Meanwhile, in the rest of the country, Antifa, BLM, riots, setting things on fire, the feds just went particularly easy on a vandal with an axe smashed into a U.S. senator’s office,” Carlson said.

Melugin reported on self-avowed Antifa member Alexander Starks, who broke into North Dakota Sen. John Hoeven’s office in Dec. 2020 with an axe. The incident was caught on tape, showing Starks swing an axe at the office window and door. Although Starks pled guilty to the destruction of government property, the FBI treated Starks significantly more leniently than Chansley. 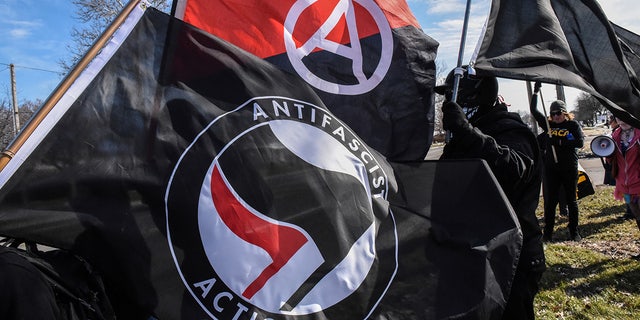 Ten anti-fascist protesters were arrested at a neo-Nazi rally in Georgia after some refused to remove the masks they were wearing at the demonstration. (Reuters)
(Reuters)

“Even though federal sentencing guidelines suggested maybe ten to sixteen months in prison, Starks was only given probation and a fine of about $2,800. Now here’s the kicker: The Post Millennial reports that the FBI even returned the axe back to Starks, citing Starks’ alleged Facebook post where he reportedly wrote ‘look what the FBI were kind enough to give back to me,’” Melugin reported.

He added “According to the Post Millennial, Starks had previously posted on social media that he was a member of Antifa and that he will ‘always attack fascists.’”

“Putting aside the light sentence, the returning of the axe is rather curious. It would seem an instrument of the crime and could be declared lost in any plea. Instead, it was returned as if it was a form of political expression by the Justice Department,” Turley wrote.

Turley noted that Starks received support from a GoFundMe account as well as North Dakota Democrats who pled for his defense.