In a review headlined, “CNN anchor Jake Tapper fails in covering a thriller,” critic Bruce DeSilva took aim at Tapper’s “The Devil May Dance,” a 1960s-set story about a GOP congressman named Charlie Marder, who becomes extorted by Attorney General Robert Kennedy and is sent to investigate Frank Sinatra and his ties to the mob out of concern that it could cause a scandal for his brother, President John F. Kennedy, a pal of the famous musician.

CNN’S JAKE TAPPER FLOATS BANNING REPUBLICANS FROM SHOW OVER ‘BIG LIE’: ‘WHY SHOULD I PUT ANY OF THEM ON TV?’

“Why Robert Kennedy would want a congressman to play detective when he could hire a real one remains a mystery,” DeSilva asked. “Readers may also wonder why the attorney general fails to realize that that extorting a congressman from the opposing political party risks scandal as well.”

Since the attorney general threatened to keep his father in prison, Marder and his wife head to Hollywood to “ingratiate themselves” in Sinatra’s orbit. 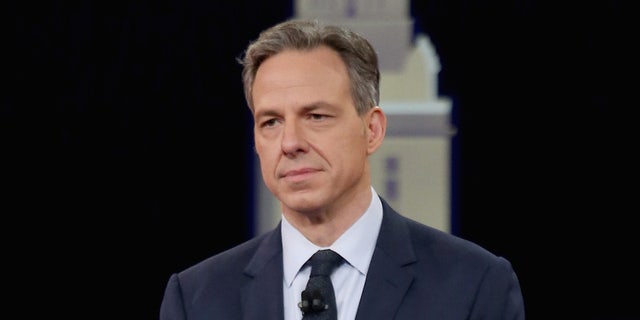 CNN’s anchor Jake Tapper raised eyebrows on Tuesday by criticizing the Trump Accountability Project the day after he was ridiculed for suggesting a similar notion. (Photo by Gary Miller/FilmMagic)

DeSilva then knocked Tapper over his failed effort to factually capture 1960s Hollywood in his book.

“Nine pages of source material cited in the back of the book indicate that Tapper, best known as a CNN anchor, researched 1960s Hollywood to give the tale an air of authenticity. It didn’t, although it did result in a blizzard of name dropping,” DeSilva wrote before listing icons like John Wayne, Alfred Hitchcock, and Marilyn Monroe as people the Marders come across.

DeSilva continued, “Except for the Marders and actress Janet Leigh, Tapper puts the stink of the place on nearly every character to such a degree that it’s difficult to care what happens to any of them. Meanwhile, the prose rarely rises above graceless and the plot is so farfetched and convoluted that it is difficult to follow.”