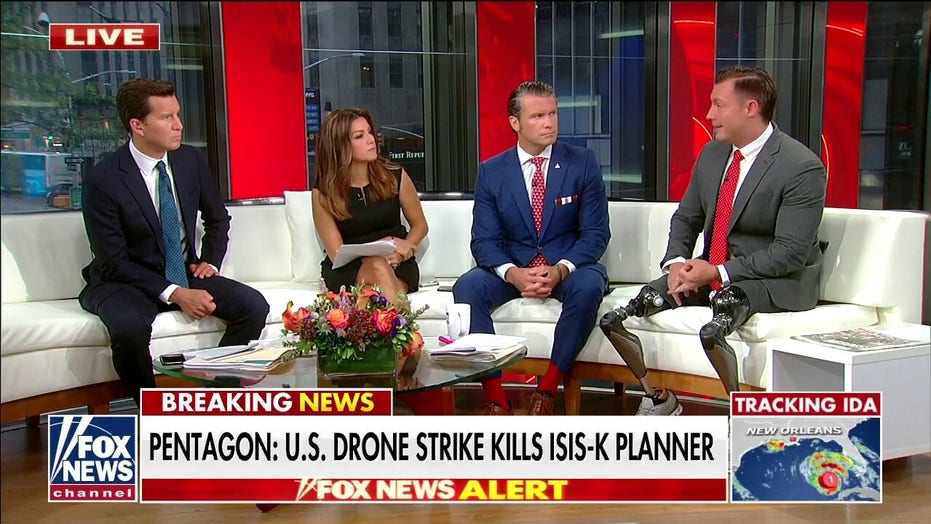 Amid ongoing evacuation efforts in Afghanistan, Tim Kennedy – a Green Beret, Special Forces sniper, and Army Ranger – spoke with Fox News about his experience in Kabul after rescuing more than 8,900 individuals and discussed the “horrors of people getting to the airport.”

“We had a very clear mission in who we were trying to identify and get out and American citizens were number one,” said Kennedy, who spent three days in the country assisting with evacuation missions and working to “identify high value targets of the Taliban that needed to be rescued.”

“It was a landscape and a battlefield that was something that I had never experienced before and it was absolute mayhem,” Kennedy told Fox News.

Kennedy also reflected on the moment a suicide bomb attack occurred outside the Abbey Gate at Kabul’s airport, which killed 13 U.S. service members and injured at least 18 more, according to U.S. officials.

“I was on a full C-17 loading Afghans when the bomb went off,” Kennedy said. “You can’t stop. You’re in an aircraft with 500 people’s lives right there. The aircrew were incredible and we were just focused on [completing the mission].”

“The horrors of people getting to the airport is indescribable,” Kennedy added, describing how “dangerous it is to get them through the gates when there is hundreds of thousands of people trying to push their way through.”

Kennedy’s service in Afghanistan was mostly spent with three other men, one of which “lost 37 pounds in 10 days” as evacuation efforts became more and more intense. With Kennedy’s involvement, the rescue group had 60 years of combined experience.

“We didn’t sleep, we didn’t eat,” Kennedy said, describing covert efforts to “smuggle people past the Taliban and onto the American base.”

According to Kennedy, the identification and vetting process for those that were being rescued was “more complex of that than the Department of State or Department of Defense.”

“Right when I got on the ground, we were doing a reconnaissance of a new rat line, a spot that we were planning on that evening trying to smuggle some more people through and as I went around a corner I look up on top of a building and there is a Taliban listening post/observation post with trained observers that were looking into the airfield to try and identify where all of the American forces were.”

“They had a sniper rifle up there and obviously there job was to be prepared to deal death against American forces and Afghans that were trying to get out,” Kennedy added, saying the operation had to be shifted a “few hundred meters behind another building so those guys wouldn’t shoot at us.”

Kennedy said a “variety of people,” including American citizens, Christians, orphans, pilots, and teachers, were rescued during the missions.

Looking back on one evacuation mission in particular, Kennedy said those that were rescued by him and other men from Special Forces were loaded into buses and as they were “trying to bring to bring these people in through one of the checkpoints, the crowds started rushing and it turned into a disaster.”

Kennedy, also a former American mixed martial artist, said the things you “wouldn’t want to happen in your worst nightmare” happened “right in front of” him and his group, describing the flashbangs and sounds of “bullets going off,” as well as “people being beaten and trampled to death” and “babies hanging in concertina wire.”

“It’s freaking horrific,” Kennedy said of what he witnessed as he assisted with the rescue efforts of the 8,911 people.

Asked for his thoughts on ISIS-K, which claimed responsibility for the suicide bombing at the Kabul airport, Kennedy said, “ISIS-K and the Taliban are the same thing.”

“The distinction between the two, when you look at who ISIS-K is, those were the original Mujahideen Taliban founders… it’s the radical Islamic wing of the Taliban,” Kennedy said. “ISIS-K is a branch of the Taliban. It’s the same people. … The assumption that you can distinguish between the two is ludicrous. They are different feathers from the same bird.”

Kennedy also described Taliban efforts to track down their enemies and kill them prior to their evacuation from the country.

“The Taliban wanted all people going into the Kabul airport to go through the south gate entrance where they had a checkpoint and they could check everybody that was coming in and if it was one of their high valued targets, they’re not going to let you in… they’re just going to kill you,” Kennedy said.

Kennedy praised his team leader and teammates as “amazing” and said every person that he and his group rescued were smuggled past the Taliban in order to prevent additional “deaths in the street.”