Ben Rhodes passed Cory Roper in the final turn of the NextEra Energy 250 NASCAR Camping World Truck Series race on Friday night as several cars got caught up in a wreck behind them in a wild finish to the season-opener. 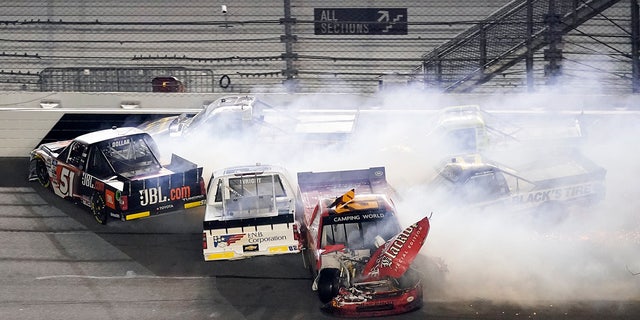 Rhodes led the field to start a two-lap overtime, but was passed by Roper and Sheldon Creed entering the final lap.

Roper quickly slipped by Creed with Rhodes hot on his tail getting a push from teammate Matt Crafton. 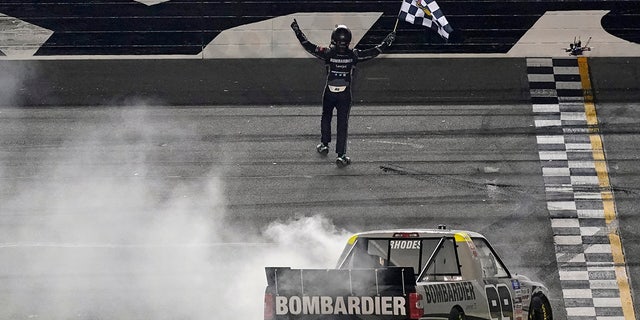 Rhodes made his move entering the final stretch as a group of cars in the pack immediately behind him came together and crossed the line in a pileup.

Jordan Anderson and Roper finished second and third behind Rhodes.

The race also marked the full-time Truck Series debut for Hailie Deegan, who spun on lap 81 of the 100-lap race and finished 24th.

The NASCAR Daytona weekend now moves to the Xfinity Series NASCAR Racing Experience 300 at 5 p.m. EST on Saturday and Sunday’s Daytona 500, which airs at 2:30 p.m. EST on Fox.