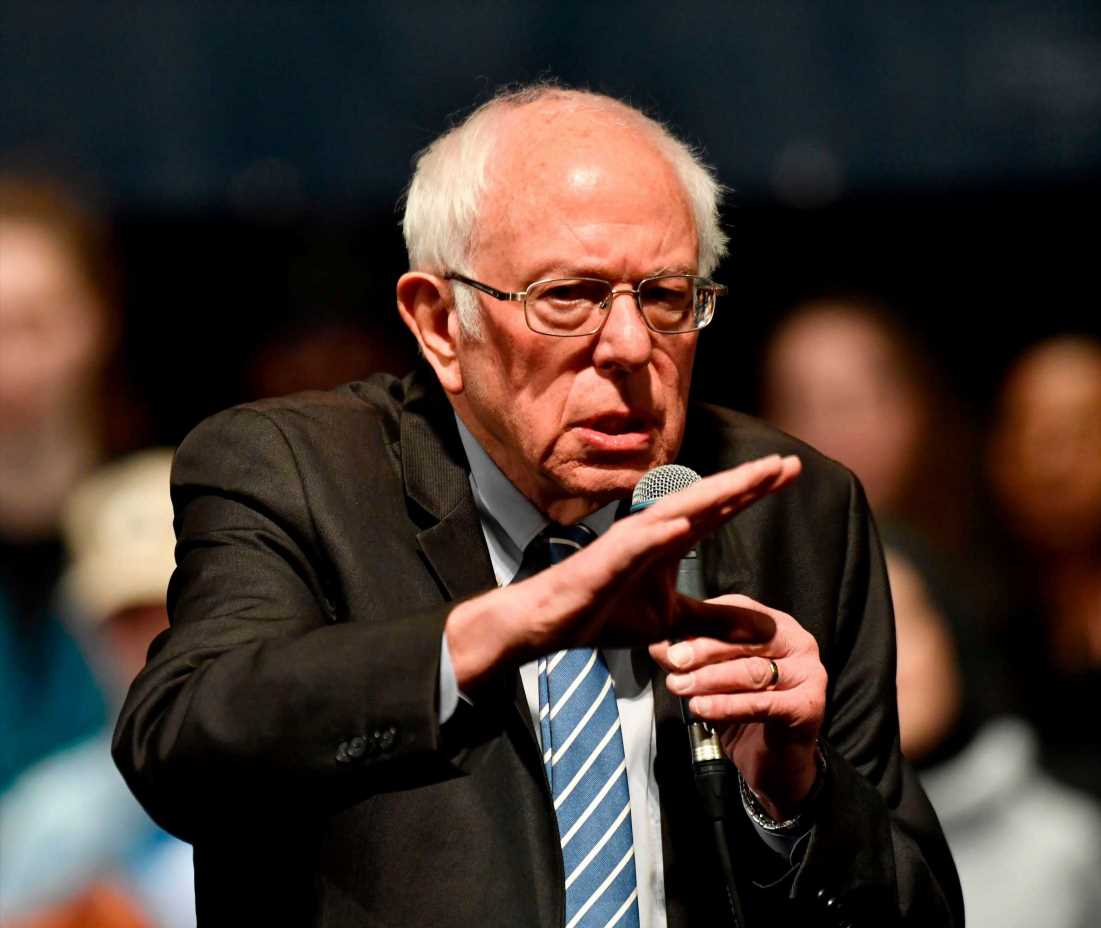 Sen. Bernie Sanders (I-Vt.) criticized President Donald Trump’s response to the coronavirus in a Fox News town hall on Monday, describing some of the president’s remarks as “absurd” and “stupid.”

“You got millions of people in this country today who may feel they have a symptom — but you know what? They cannot afford to go to a doctor. And then they’re gonna go to work,” Sanders said at the Detroit event a day before Michigan’s Democratic primary. The senator is trailing Former Vice President Joe Biden in national polls, and notably in Michigan.

Later at the event, Sanders denounced Trump’s statement in a recent press conference that “maybe” he had a “natural ability” to understand issues like the coronavirus.

“As a president, I don’t claim I’m the world’s greatest scientific expert,” Sanders said. “You listen to the scientists, you don’t stay stupid things. You don’t suggest people go to work.”

Sanders appeared to be referring to Trump’s interview last week with Fox News’ Sean Hannity, in which the president suggested people with mild coronavirus symptoms could still go to work.

“A lot of people will have this and it’s very mild. They’ll get better very rapidly,” Trump told Fox News.

“So, if you know, we have thousands or hundreds of thousands of people that get better just by, you know, sitting around and even going to work. Some of them go to work, but they get better,” Trump added.

The Centers for Disease Control and Prevention recommends that infected individuals stay home. There were at least 26 people dead from COVID-19 across the U.S. as of Monday, with over 600 reported cases in at least 35 states, reported The Associated Press.

The White House and Trump’s re-election campaign team did not immediately reply to HuffPost’s request for comment.

During his Fox News town hall event, Sanders pushed his tentpole “Medicare for All” policy as much-needed during a public health crisis. He also called out America’s lack of federal paid sick leave, which means some people may have to choose between going to work sick or going without a paycheck to support their families.

Last week, Democratic lawmakers introduced a bill to ensure U.S. workers get paid sick leave during the coronavirus outbreak, with the proposed legislation requiring employers to grant 14 paid sick days for use in a public health emergency.

Several states, including California and Washington, have also ordered health insurers to waive deductibles and copayments associated with getting tested for the virus if a doctor deems it necessary.

In the Monday town hall, Sanders broadly attacked the Trump administration for “not believ[ing] in science” and for thinking climate change is a “hoax,” adding: “How do we trust this administration?”

Trump is a climate change denier who has repeatedly cast doubt on the existence of global warming and, before becoming president, called climate change a “hoax.”

Sanders also criticized Trump’s decision to appoint Vice President Mike Pence as the administration’s lead on its coronavirus response, saying: “You need scientists leading the effort, not politicians.” Pence has no medical background and as governor of Indiana, oversaw an HIV crisis in his state.

When asked by Fox News’ moderators if, in response to the coronavirus, Sanders would close the nation’s borders, the candidate had a blunt answer: “No.”

Sanders then criticized Trump for promoting “xenophobic” ideas in response to the virus and said that a president should listen to what scientists recommend is “appropriate,” whether it’s self-quarantines or limiting public gatherings.

At a rally late last month, Trump touted the wall at the U.S.-Mexico border as he discussed the threat of the coronavirus, saying: “Border security is also health security.” Health experts told HuffPost a wall at the southern U.S. border has no relation to preventing the spread of the virus.