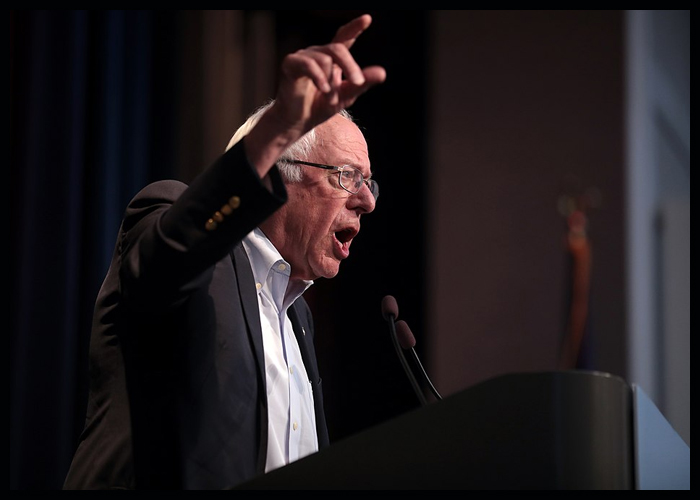 Despite losing several key primaries on Tuesday night, Senator Bernie Sanders, I-Vt., has vowed to remain in the race for the Democratic presidential nomination.

Sanders spoke to reporters on Wednesday, a day after losing to former Vice President Joe Biden in Michigan, Missouri, Mississippi and Idaho.

“Last night obviously was not a good night for our campaign from a delegate point of view,” said Sanders, who won in North Dakota and narrowly leads Biden in Washington.

However, Sanders argued that his campaign is winning the “ideological debate” as well as the “generational debate,” noting his strong support among younger voters.

“Today I say to the Democratic establishment: In order to win in the future, you need to win the voters who represent the future of our country,” Sanders said.

He added, “And you must speak to the issues of concern to them. You cannot simply be satisfied by winning the votes of people who are older.”

Sanders acknowledged he is losing the debate over which candidate is best positioned to defeat President Donald Trump but suggested he would seek to change that perception in the next Democratic debate on Sunday.

The self-described Democratic Socialist laid out several questions he plans to ask Biden during the debate, including on issues such as healthcare, climate change, and criminal justice reform.

The comments from Sanders come after Biden enjoyed another strong night after his remarkable comeback in the race for the Democratic presidential nomination in last week’s Super Tuesday contests.

Biden substantially widened his lead in the race for delegates with his performance on Tuesday, leading many pundits to question whether Sanders still has a path to the nomination.

The current situation represents an astonishing turnaround from a little over a week ago, when the pundits were asking the same questions about Biden.