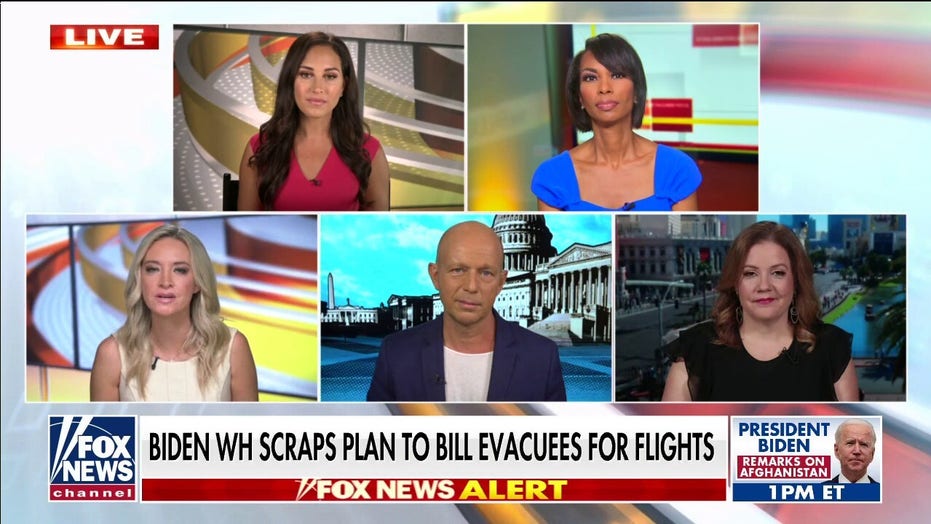 ‘Outnumbered’ panel weighs in on the Taliban searching for U.S. allies and the Biden administration’s response to evacuating Americans out of Afghanistan.

President Joe Biden is pushing back on claims that America’s international credibility has been tarnished, days after the British Parliament and other NATO leaders have criticized the botched U.S.-led withdrawal from Afghanistan.

Biden delivered a speech from the White House Friday defending his decision to remove troops from Afghanistan and attempting to reassure allies around the world that America still has foreign policy credibility.

“I have seen no question of our credibility from our allies around the world,” Biden said in response to a question about the global ramifications of the Afghanistan debacle. “I’ve spoken with our NATO allies… The fact of the matter is I have not seen that – matter of fact the exact opposite I’ve gotten. Exact opposite thing is we’re acting with dispatch, we’re acting, committing to what we said we would do.”

His remarks come just two days after the U.K. called an emergency session of Parliament Wednesday to discuss the quick collapse of Afghanistan and the rise of the Taliban. Prime Minister Boris Johnson admitted that the United States’ decision to withdraw its troops left the U.K. and other NATO forces with no choice but to follow suit.

The U.K.’s decision to follow the U.S. and withdraw its troops came under harsh criticism from British lawmakers and veterans, who have called it a failure of leadership and duty. Biden was harshly criticized during the session.

“To see their commander in chief call into question the courage of men I fought with, to claim that they ran. It’s shameful,” member of Parliament Tom Tugendhat said during the session of the House of Commons. Tugendhat is a conservative member of Parliament who chairs the Foreign Affairs Select Committee and served in Afghanistan.

Former U.K. Prime Minister Theresa May also expressed concern over the unilateral decision made by the U.S. to remove NATO troops. “What does it say about NATO if we are entirely dependent on a unilateral decision taken by the United States?” she asked British lawmakers Wednesday.

Other NATO countries have expressed criticism of Biden’s decision, including German Chancellor Angela Merkel, who called the rapid withdrawal an “absolutely bitter development,” and Dutch Foreign Minister Sigrid Kaag, who told Parliament that she, along with the rest of the international community, was surprised at the Taliban’s quick advance.

Biden attempted to reassure American allies who are casting doubt on his ability to skillfully manage foreign policy in an interview with ABC News’ George Stephanopoulos this week.

“We have kept every commitment,” replied Biden. “We made a sacred commitment to Article Five that if in fact anyone were to invade or take action against our NATO allies, we would respond. Same with Japan, same with South Korea, same with Taiwan. It’s not even comparable to talk about that.”

“Look, before I made this decision, I met with all our allies, our NATO allies in Europe. They agreed. We should be getting out,” said Biden.

The White House did not immediately respond to Fox News’ request for comment.