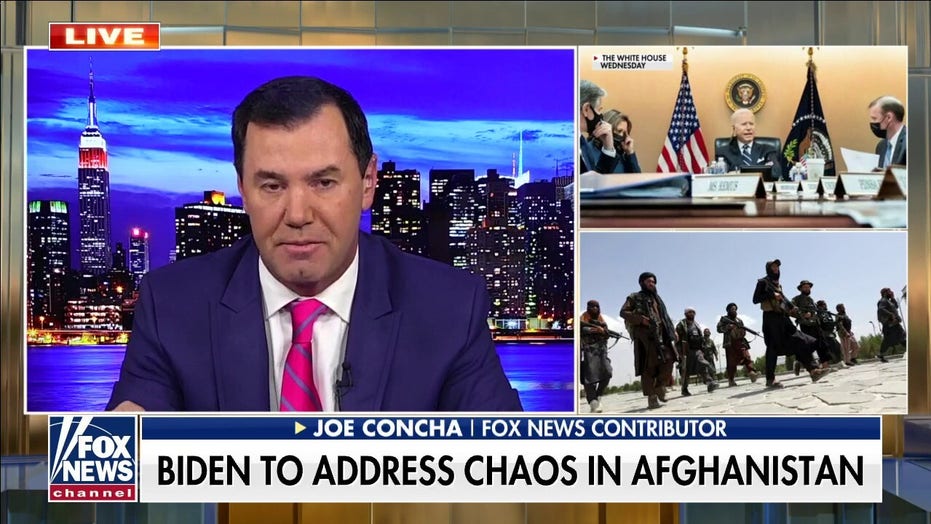 President Biden Friday will again leave the White House for Wilmington, Delaware, as the military and State Department work to clean up the mess from the botched withdrawal of American troops from Afghanistan.

Biden spent most of the last week in Wilmington and the Camp David presidential retreat as the crisis in Afghanistan spiraled out of control. He was in Camp David when the Taliban completed their sweep into power Sunday – the same day Americans abandoned the Kabul embassy.

Amid intense pressure to return to the White House Monday, Biden flew into town and delivered brief remarks only to immediately fly back to Camp David. That same day, video splashed across the internet of Afghans clinging to a departing American airplane at the Kabul airport, before falling from the sky to their deaths.

The president returned to the White House late Tuesday night. He sat for an interview with ABC Wednesday and delivered remarks on COVID-19 without taking press questions. The president did not have any public appearances Thursday. 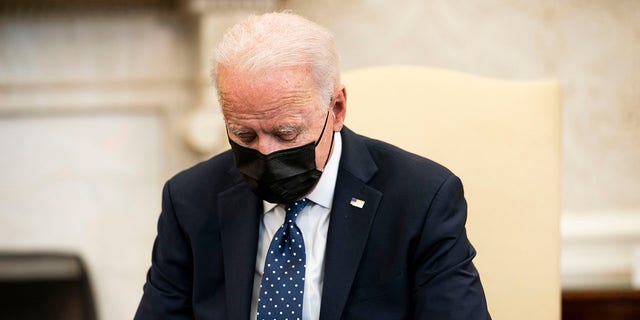 U.S. President Joe Biden pauses during a meeting with the leadership of the Congressional Hispanic Caucus in the Oval Office of the White House April 20, 2021 in Washington, DC. Biden spent most of the past week away from the White House amid a major international crisis. (Photo by Doug Mills-Pool/Getty Images)

And Friday afternoon, after less than 72 hours at the White House this week, Biden will return to his personal residence after delivering remarks on the Afghanistan crisis.

The White House did not immediately respond to a request for comment from Fox News about when Biden will return to the nation’s capital from his latest out-of-town trip. It also did not say whether Biden will take questions at his press conference Friday – the fact he did not drew audible scoffs from the White House press corps Wednesday.

Biden’s latest trip to his personal residence comes after the Pentagon admitted Thursday it does not know how many Americans are left in Afghanistan. Fox News sources said this week that the Taliban has set up checkpoints outside of the Kabul airport and is beating people and arbitrarily denying entry.

The State Department has been including a line in its messages telling Americans to come to the Kabul airport for evacuations saying: “THE UNITED STATES GOVERNMENT CANNOT ENSURE SAFE PASSAGE TO THE HAMID KARZAI INTERNATIONAL AIRPORT.”

The State Department’s latest guidance Friday said Americans should “use their best judgment getting to the airport” and warned that “airport gates may open or close without notice.”

Rep. Ken Buck, R-Colo., meanwhile says there are Americans reaching out to his office saying that the Taliban is preventing Americans from making it to the airport.

And many American allies in Afghanistan who would like to be evacuated are unable to, according to Fox News sources. One former interpreter who spoke to Fox News said that even as the Taliban is hunting for him in his town, he’s not getting responses from U.S. embassy officials on his efforts to get cleared to come to the U.S. 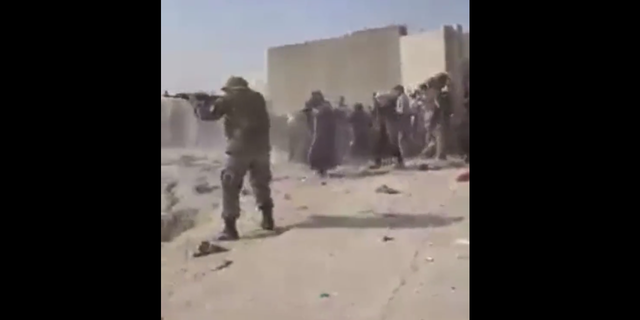 “We didn’t get any response from the U.S. Embassy of from any people [officials] with the United States. I sent more than ten times to get an answer from them but there is no reply. Now I’m stuck here,” the interpreter, who asked to be referred to as only Manar for fear of reprisal, said.

“I am sure that if they captured me, they will kill me,” Manar added of the Taliban. “For the U.S. people, they should ask for Mr. President Joe Biden, that they should take care of those left behind. Interpreters and also those people who work with the U.S. government like me – I worked half of my life with the U.S. Government, and now they leave me behind.”

“I wish I didn’t work for the United States,” Manar said.

Biden, in the remarks he has made on the Afghanistan crisis, has been accused of a lack of empathy for the Afghan people.

“If the political leaders of Afghanistan were unable to come together for the good of their people, unable to negotiate for the future of their country when the chips were down, they would never have done so while U.S. troops remained in Afghanistan bearing the brunt of the fighting for them,” Biden said in his remarks Monday.

The Pentagon says that the pace of its evacuations from the Kabul airport increased in the past 24 hours, with 5,700 people being flown out of Afghanistan in that time.