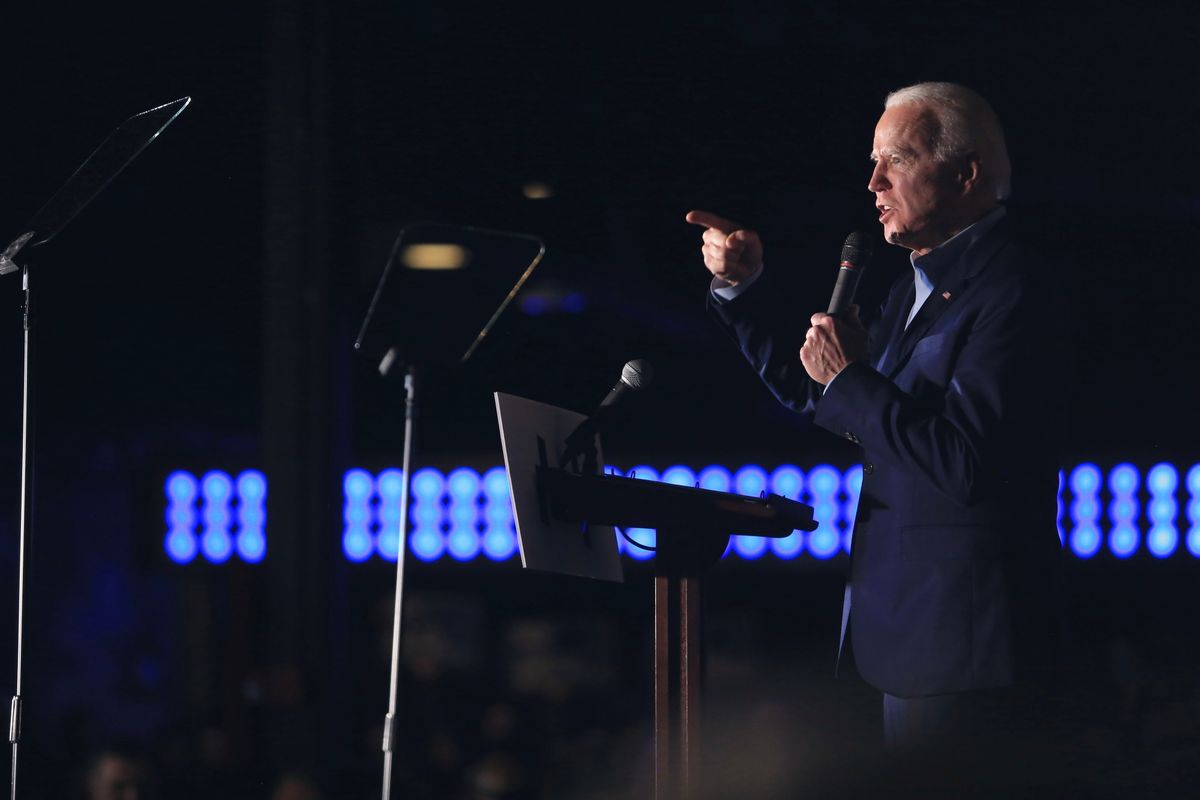 The resurrection of Joe Biden’s presidential campaign is also reviving attention on Republican efforts in the Senate to investigate the former vice president’s son and his work with a Ukrainian energy company.

As President Donald Trump vows to turn Hunter Biden’s service on the board of Burisma Holdings into a campaign issue, two GOP committee chairmen in the Senate are pressing ahead with investigations of the Bidens.

But with the presidential election now just eight months away, Democrats are crying foul and even some Republicans are questioning whether Congress should be pursuing politically fraught probes.

“The appearance is unfortunate to have an investigation going on that involves a person in an active campaign for president,” said Utah Senator Mitt Romney, the only Republican to vote to convict Trump in the Senate impeachment trial. “It would be my preference to have a nonpolitical body evaluating whether an investigation is merited and carrying it out.”

Romney’s a member of the Homeland Security Committee, where Chairman Ron Johnson plans to hold a vote on subpoenaing records of a U.S.-based consulting firm that represented Burisma when Hunter Biden was a well-paid member of Burisma’s board and his father oversaw U.S. policy on Ukraine.

Johnson and Finance Committee Chairman Chuck Grassley have been investigating the Bidens for potential conflicts of interest involving Ukraine and China, where Hunter Biden also did business. Shortly after Trump was acquitted by the Senate on impeachment charges last month, the chairmen said they were seeking records of Hunter Biden’s travel.

The GOP-led investigations have taken on new prominence since Tuesday’s round of primaries in the Democratic presidential nomination race that vaulted Biden back into the front-runner spot after his campaign stumbled through the first three contests.

Trump is eager to turn the tables on Democrats, who impeached him on charges he abused his office by asking Ukrainian President Volodymyr Zelenskiy to investigate whether Biden put pressure on Ukraine to help Burisma. Now the president is planning to use the questions being raised in the investigations as part of his re-election effort.

“That will be a major issue in the campaign. I will bring that up all the time, because I don’t see any way out,” Trump said Wednesday in an interview on Fox News. “I don’t believe they’ll be able to answer those questions. That was purely corrupt.”

Johnson denies the probe is politically motivated. He defends his investigation into possible conflicts of interest by the former vice president as part of the oversight responsibility of Congress. He said he hopes to issue an interim report on the Bidens and Burisma in the next month or two, when the Democratic primaries should be winding down.

“Joe Biden has never satisfactorily answered these questions,” Johnson told reporters. “If I were a Democratic primary voter I would want answers to these questions.”

Other Republicans said they want to put the Ukraine story and the impeachment drama behind them.

“My personal view is that we should move on,” said Florida Senator Marco Rubio, a member of the Intelligence Committee. “We’ve got a lot of things to work on.”

The Biden campaign dismissed the effort as a nakedly political ploy.

“Senator Johnson just accidentally did us an enormous favor by explicitly admitting that he is abusing congressional authority in a manner that would make the founding fathers spin in their graves,” Biden spokesman Andrew Bates said. He called the Wisconsin Republican’s comments “a ham-handed effort to manipulate Democratic primary voters.”

“We would like to thank Senator Johnson for affirming that Republicans recognize ‘Joementum’ is very real,” he said.

Michigan Senator Gary Peters, the top Democrat on the Homeland Security Committee, has dismissed Johnson’s investigation and warned earlier this week that it could serve the attempts by Russia or other countries to interfere in the 2020 election.

“We need to take every step to ensure the credibility and resources of the U.S. Senate are not used to advance interference efforts by foreign adversaries that seek to undermine our democracy or put our national security at risk,” Peters said in a statement.

The GOP-led investigations of Biden and Burisma in the Senate come as Democrats who control the House are adding to their lists of ongoing post-impeachment probes of Trump and his administration.

The House Judiciary Committee last week announced an investigation into allegations of political interference in the Justice Department. The Judiciary and Intelligence Committees are still considering whether to seek testimony from former Trump National Security Advisor John Bolton. House committees also are pressing to get Trump’s tax returns and pursuing information about his business dealings.

Johnson said he would have preferred the subpoena issue have been handled privately and accused Democrats of publicizing their objections. Johnson, who signed a bipartisan letter calling for an overhaul of the Ukraine prosecutor’s office in 2016, said he wants to do the investigation “as rapidly as possible.”

Romney said he was still evaluating documents in the investigation and that he’s not certain whether he would vote to block Johnson from issuing a subpoena for Andrii Telizhenko, a former consultant for Blue Star Strategies, a U.S.-based public affairs firm representing Burisma.

— With assistance by Billy House