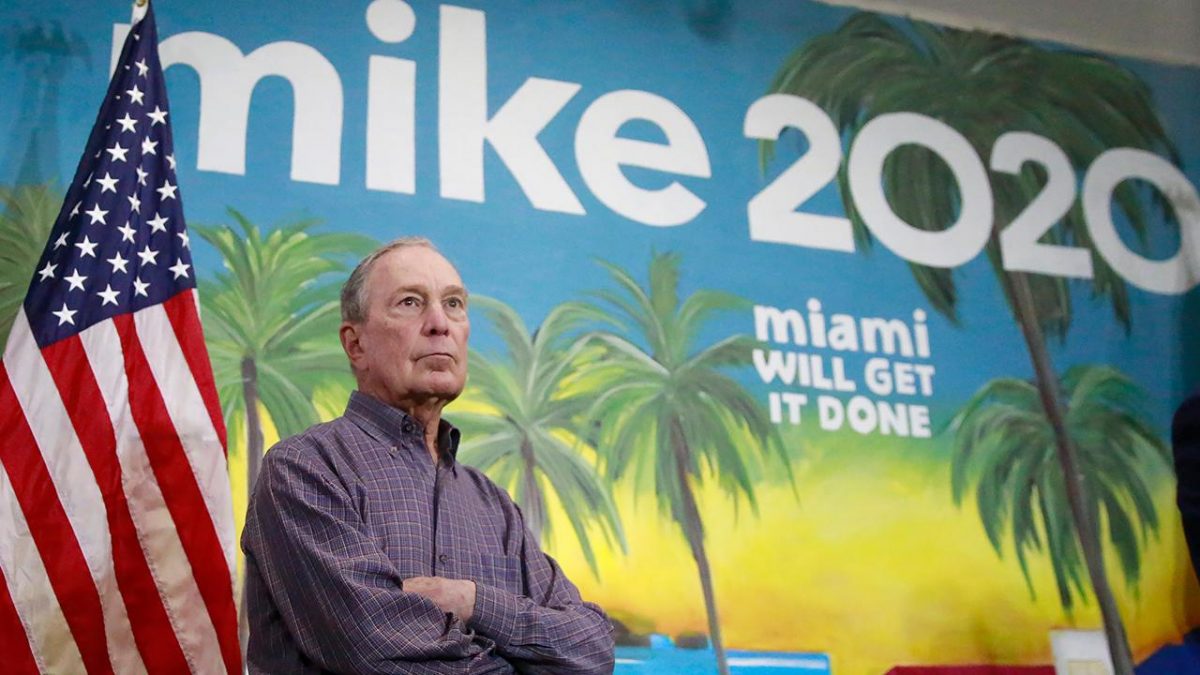 Money can buy you a lot of things. Health (anyone who tells you that rich people don’t live longer on average than the rest of us is, as they said back in the day, high), nice clothes, fancy cars, big homes and love (yes, that means happiness as well). You can also throw into the mix the mayoralty of the nation’s largest city.

But as Mike Bloomberg taught us over the past several weeks, it can’t buy you a major party’s presidential nomination. Shame on those of us (that includes me) who thought otherwise.

I guess you can say we were blinded by the green. During the most expensive presidential race of modern times, Barack Obama vs. Mitt Romney in 2012, both candidates combined raised and spent about $2.1 billion. Bloomberg has a bank account surpassing $60 billion and was willing to dip into his wallet to pluck out a mere $2 billion of it to spend on ads, get-out-the-vote efforts, anything to get himself elected because, let’s face it, he could easily afford it.

I’m someone who has covered business and finance for decades so I know real wealth when I see it. And unlike our current president, whose assets are tied up in country clubs, and golf courses and buildings that can’t easily be sold, Bloomberg is about as liquid as they come. Aside from having tens of billions of dollars in cash equivalents at hand, his eponymous media and financial data company throws off a bunch of billions each year. In other words, whatever he spent, he’s probably made back from selling those Bloomberg Terminals that Wall Street can’t do without.

BLOOMBERG'S AD SPENDING MAY PROVIDE A CLUE TO HIS PRESIDENTIAL PLANS

Faced with this type of spending, I didn’t know how Joe Biden, Bloomberg’s main rival for the moderate wing of the party, could compete for the Democratic nomination to face President Trump in the general election this fall. And once Biden was out of the way, it was only a matter of time before the other moderates fell (Klobuchar and Buttigieg) allowing Bloomberg to use his big bucks to buy enough ads that would make the party’s remaining contenders, leftists Bernie Sanders and Elizabeth Warren, look like the second coming of Che Guevara, thus unelectable even for liberal Democrats.

So where did I, and a lot of other people including Bloomberg himself, go wrong?

Well, let’s start with underestimating Joe Biden. The old man isn’t slipping as much as everyone predicted. He had a tough outing in the Iowa caucuses and the early primaries, to be sure. Even some of his top donors said his campaign was on life support, and his continued rhetorical gaffes gave few people confidence he had the stamina to stay in the game.

Well, Biden is still gaffe prone (that won’t ever change) but he’s in better fighting shape than most people appreciate. He managed to survive a meek second-place finish in Nevada and put all his efforts in South Carolina, where he campaigned tirelessly and connected particularly with the African American community and its leaders in the state, and then he killed it.

By “killing it” I mean a double-digit victory that forced the media (free media because his campaign had very little money) to focus on Biden’s strengths (people actually like Uncle Joe) rather than his weaknesses. What Democratic voters saw in the days after South Carolina was a centrist liberal and a nice guy who would embrace some government solutions to deal with problems, such as health care – a formula that worked well for his old boss, President Obama.

In other words, he was someone who could actually beat a not-so-nice guy, that is, President Trump in November.

BLOOMBERG'S MONEY COULD WIN 2020 RACE EVEN IF HE DOESN'T

While Biden proved to be a more formidable candidate than anyone thought, Bloomberg proved to be far less formidable. Yes, I underestimated how bad of a politician Mike Bloomberg really is. Trump can be noxious and obnoxious, but he knows how to rev-up a crowd. Bloomberg’s dry sense of humor fell flat as a pancake and let’s not forget those unforgettable debate performances.

So aside from the money, what did Bloomberg bring to the table? Hopefully his record as a problem-solving businessman and New York City mayor, an admirable record where aside from liberal positions on gun control and a few nanny-state policies (the so-called soda ban) he ran New York mainly as a pro-business moderate who brought crime to its lowest levels in years.

But from the moment he announced, Bloomberg seemed to be downplaying what made him such a great mayor: His pragmatism and willingness to speak in ways that may offend but also offered blunt truthful assessments of why he governed the way he did. He immediately apologized for his crime-fighting agenda, particularly his use of the controversial policing technique known as stop-and-frisk as he tried to transform himself into something he wasn’t: A woke, politically correct progressive.

It didn’t work, as his debate performances showed. There wasn’t enough time to apologize for all his sins from stop-and-frisk, to his salty behavior around women that left him exposed and vulnerable to attacks from real progressives like Elizabeth Warren and Bernie Sanders.

You would think (I certainly did) that a really rich guy can be taught how to bob-and-weave around these thorny issues by the best political handlers in the business. But some things can’t be taught; Donald Trump won the 2016 contest not because he spent a lot of money (because he didn’t). He won because he had a message and knew how to sell it as he did the façade that he’s a hyper-successful businessman.

His brushes with bankruptcy show he’s not, of course, but Trump is a great politician. No amount of money can transform a technocrat like Bloomberg into someone like Trump who can sell lemons as if they were lemonade.

Again, money can buy you many things; Mike Bloomberg has just been taught what can’t be bought.