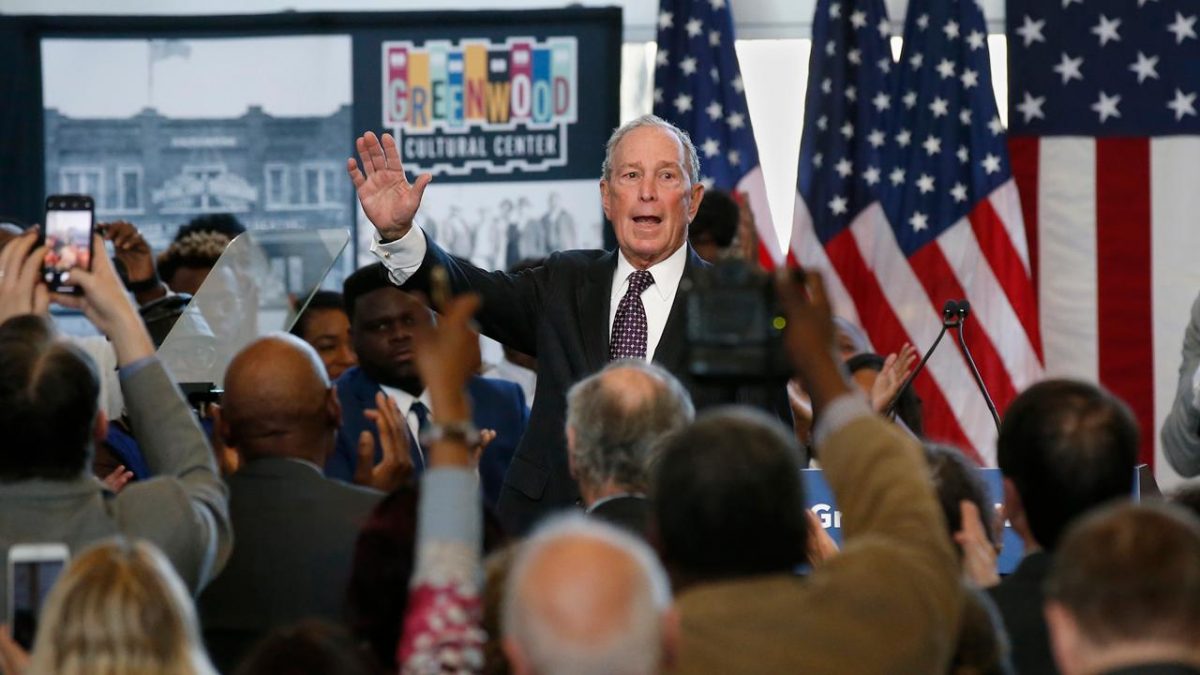 Bloomberg's ad spending may provide clue to his presidential plans

Bloomberg confident in his ability to win Florida, swing states

Is Mike Bloomberg planning to drop out of the Democratic primaries?

Aides to the former New York City mayor and entrepreneurial multi-billionaire say it’s still full-steam even as early results from tonight’s all-important Super Tuesday primaries, in which a third of all Democratic delegates will be apportioned, show Bloomberg getting trounced in delegate totals that are almost uniformly heading to the contests front runners, Vermont Sen. Bernie Sanders and former Vice President Joe Biden.

BLOOMBERG'S MONEY COULD WIN 2020 RACE EVEN IF HE DOESN'T

But that doesn’t mean that the Bloomberg campaign isn’t providing some clues as to how long it might stay in the race; if planned advertising buys can be believed, Bloomberg is signaling he is not long for the campaign.

Bloomberg sat out the early primaries making Super Tuesday the first test of his electability. But that has not stopped Bloomberg from inundating TV, radio and social media with massive ad buys since announcing his candidacy in November of last year.

Bloomberg, who is self-financing his campaign with his fortune, estimated at more than $60 billion, has spent $142 million on ads that ran in just Super Tuesday states, and a whopping $407 million on all ads since his announcement, according to an analysis by polling website FiveThirtyEight.

WHAT IS MIKE BLOOMBERG'S NET WORTH?

But now the ad buys seem to be trailing off — dramatically, in fact. As of Tuesday, he has booked $131,000 in ads that will run through March 8, which is far less than Sanders and Biden have booked through the same time period, according to the firm Advertising Analytics.

Sanders has bought $4 million in post-Super Tuesday ads, while Biden, whose campaign has been short of cash, has bought $722,000 in ads, the firm’s analysis shows. Another top Democratic contender Elizabeth Warren purchased $1.4 million in ads through next week, Advertising Analytics says.

A spokeswoman for the Bloomberg campaign would only say that “We have TV and digital ad booked through this week.” She added that the numbers from Advertising Analytics are low-balling the pending ad buys, but she wouldn’t provide details.

Meanwhile, some Democratic analysts say the fluctuating ad spending indicates that Bloomberg is likely hedging his bets about staying in the race if he should not do well during the Super Tuesday primaries.

MIKE BLOOMBERG SPENT THIS MUCH MONEY ON 2020 PRESIDENTIAL CAMPAIGN

“We can only hope he is seeing the writing on the Wall and will drop out to let Biden win this thing,” said David Brand of Market Strategies Group, a Democratic consulting firm who is supporting Biden.

Bloomberg burst into the race in November when he felt the party lacked a centrist candidate. Despite his initial panache, he has been plagued by disappointing debate performances and criticism of policies including stop-and-frisk that hurt his poll numbers in recent days. Concerns that Sanders, a self-identified socialist, may win the nomination and prove to be a weak candidate against President Trump in the November general election have driven the party’s establishment to rally around Biden after his strong performance in the South Carolina primary.

Currently, the final results of Super Tuesday are not in, but according to political advisers, exit polls are showing Biden and Sanders appear to be the biggest winners of delegates, and it’s unclear if Bloomberg will be able to pick up enough delegates to remain a serious contender.