Budget 2021: Beer drinkers, energy bills, property – how will YOU be impacted by new plan? 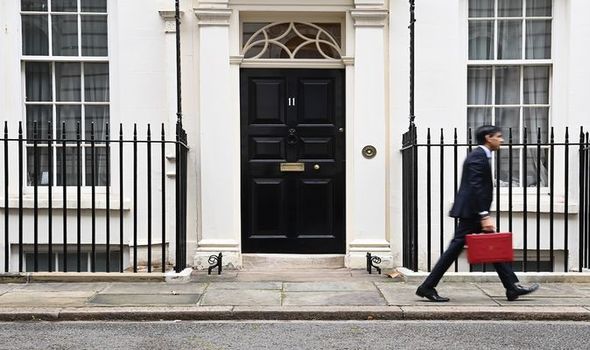 The Chancellor cited Office for Budget Responsibility forecasts for returns to pre-Covid level growth by the turn of the year. Heralding the largest departmental spending increase this century, Mr Sunak outlined a variety of pledges. This included £1.8bn on building new homes and an infrastructure revolution, with £5.7 billion on London transport style settlements for other major cities. Here, Express.co.uk has run through the potential winners and losers.

With the recent surge in energy bills, it had been hoped Mr Sunak would offer a VAT cut to help alleviate rising prices threatening household finances.

The Labour Party had been calling for this in the run up to today’s announcements with Shadow Chancellor Rachel Reeves telling the Government to “get a grip” and “cut VAT immediately on domestic energy bills for the next six months to help people get through this winter.”

Energy bills are currently a major strain on households trying to balance the books amid rising costs with nearly half of all bill payers worried about being able to afford their payments this winter, according to research from MoneySuperMarket.

The rising cost of energy bills will also dampen any gains made by families from increases in the National Living Wage. This will also be compounded by the cut made to the £20 weekly uplift in Universal Credit earlier this month.

Nye Cominetti from think tank The Resolution Foundation said: “With the UC cut having already hit incomes hard, and the NLW rise over five months’ away, there will be little protection for low income families from the cost of living crisis facing them this winter.”

There was good news in the Budget for low paid workers as the National Living Wage for those over 23 was raised to £9.50 per hour. The move will see up to two million workers getting a pay rise with minimum hourly wages increasing by 6.6 percent.

However, the rise in payroll costs has sparked concerns from businesses already grappling to deal with growing overheads such as energy and food costs.

Speaking to BBC Radio 4’s Today programme, executive chair of the City Pub Group Clive Watson warned: “The only way forward for us is to put the price of food and beer up in our pubs.

“No-one wants to do that, but I reckon the price of beer would probably have to go up 25p to 30p a pint to take account of all these increased costs.”

Wetherspoon boss Tim Martin told Express.co.uk the higher wage bills would increase the disparity between pubs and supermarkets who already pay a lower amount in tax and wages per pint.

Mr Martin said: “If the Government increases the minimum wage it should also instigate tax equality between pubs and supermarkets.

“Pubs normally pay 20 percent VAT on food sales (there is a short term pandemic-related reduction to 12.5 percent for now) and about 20 pence a pint of business rates.

“Supermarkets pay zero VAT on food and about two pence a pint of business rates.”

This fear is shared across the industry. Emma McClarkin, chief executive of the British Beer and Pub Association recognised wages increases “will be welcome by many staff in pubs”.

However, she warned: “It is a further cost increase for pubs who are still struggling to recover and face an uncertain future.”

There was some good news for drinkers though with reforms to alcohol duties reducing the cost of low alcohol drinks, such as beer and sparkling wine.

Mr Sunak hailed this as the biggest cut to beer duty in 50 years while also pointing out advantages to the UK’s own sparkling wine industry.

Large residential property developers will pay higher tax with a four percent levy applied to firms earning more than £25 million a year. The new tax will be called the Building Safety Levy and help fund a package to replace unsafe cladding for leaseholders.

However, some have questioned whether this will impact on developers’ abilities to deliver on building affordable housing.

Phil Kinzett-Evans, of chartered accountants UHY Hacker Young, said: “The pain will be felt particularly keenly by large corporate developers who focus on affordable housing where margins are already thinner.

“It could well trigger more developers to look to higher-margin markets like prime residential property.

“It remains to be seen what impact this will have on Government targets to meet affordable housing demand.”

Business rates have long been the target of calls for an overhaul and, although Mr Sunak confirmed they would be retained, he announced a one year 50 percent discount for retail, hospitality and leisure sectors worth around £1.7bn.

Recommendations from the Confederation of British Industry and the British Retail Consortium to introduce business rates improvement relief for the first year will also be adopted.

Further relief will also be available to businesses fitting new green improvements, such as solar panels.

There will also be more frequent re-evaluations of business rates from 2023.

Responding to the Budget, CBI Director-General Tony Danker said: “On Business Rates, the Chancellor made real strides in making the system more palatable for businesses in the shorter term.”

“The Government missed the opportunity to truly reform a business rates system that diminishes Britain’s high streets and factories.”

In keeping with Government plans for levelling up, Rishi Sunak promised to deliver on Boris Johnson’s request for an “infrastructure revolution”, announcing slews of investment in transport across the country.

This includes £46 billion on railways and £21 billion on roads, as well as £5.7 billion for London transport style settlements in major UK cities.

The Chancellor cited smaller airports such as Aberdeen and Southampton as key beneficiaries in a sector which has struggled considerably during the pandemic.

At the other end of the spectrum, an ultra long haul rate will be introduced for those flying over 5,500 miles.