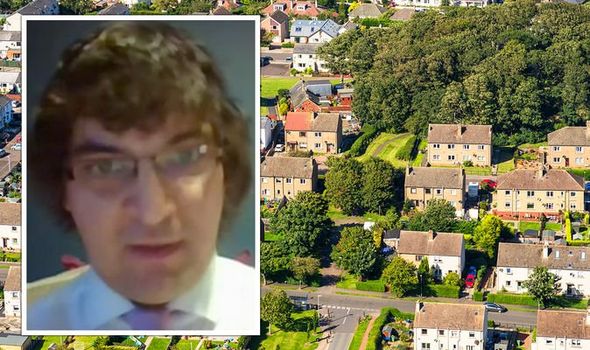 A property and house building expert appeared on GB News this morning to discuss the current housing market. Head of Housing and Planning Policy at The National Federation of Builders, Rico Wojtulewicz, appeared on the show with presenters Kirsty Gallacher and Simon McCoy. The expert discussed how people’s intentions and desires changed during the pandemic which had an impact on the types of homes Britons were looking for.

During the segment, Simon read out a viewer question for the property expert.

A viewer called Cathy asked how their property valuations can be so different from Zoopla’s, even if the homes are exactly same on the same street.

She asked: “My house is exactly the same as the house across the road but they value ours at £45,000 less.”

Mr Wojtulewicz said a lot of builders are no longer using sites like Rightmove and Zoopla.

He said: “I’m obviously not an estate agent but actually it’s quite interesting really.

“A lot of small and medium-sized house builders they’re actually stopping using Zoopla and Rightmove at the moment because of the costs and because of the desire.

“I’m very lucky that I represent small and medium-sized companies so it’s your local builders, generally.

“A lot of people come to them first and go – ‘when are your houses coming on the market?’

“And they won’t need to use them [Rightmove and Zoopla].

“It isn’t a bad call you know. Is there an issue with overpricing?

“Our members of the National Federation of Builders, build for the local market so there’s no such thing as out-pricing people.

Looking for a new home, or just fancy a look? Add your postcode below or visit InYourArea

“Because you just won’t sell your home and if you’re a small builder who’s waited two years to get planning permission and get on site for it for 12, 15, 30 homes. You have to build and sell that immediately.

“Otherwise you’re going to go out of business. It’s easy for the bigger boys.

“They can take that risk and they can have a more strategic point of view and they’ve got millions of pounds in a bank account and in their PLCs.

“It’s not the same for smaller builders. I think that’s an unfair point made about the way we price homes.”

Zoopla’s house price index, which was released today, claimed that the housing market is on track to record its strongest year since 2007.

However, the latest report also claimed house prices would slow going into 2022.

The NFB represents builders, contractors and house builders across England and Wales.