Buttigieg, DOT failing to provide solutions for US port issues

‘The Story’ host Martha MacCallum joins ‘Sunday Night in America’ to discuss the Department of Transportation’s response to supply delays. shortages in the U.S.

Transportation Secretary Pete Buttigieg has been uncharacteristically quiet over congested ports across the U.S., and his critics say if he ever wants to see whether a future presidential campaign could float, he’d better start addressing the problem before shipping delays worsen ahead of the holidays.

The Marine Exchange of Southern California reported 144 ships in Southern California’s San Pedro Bay last week, 85 of which were waiting for the green light to be unloaded, according to the Los Angeles Business Journal. Ports from Seattle to Savannah, Ga., have reported growing congestion as well.

Buttigieg, the former mayor of South Bend, Ind., best known for his 2020 run for the presidency, has largely stayed silent. 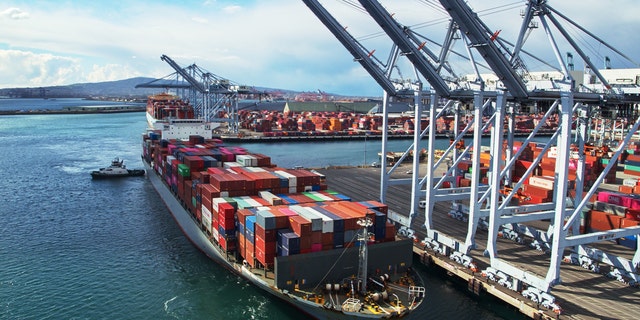 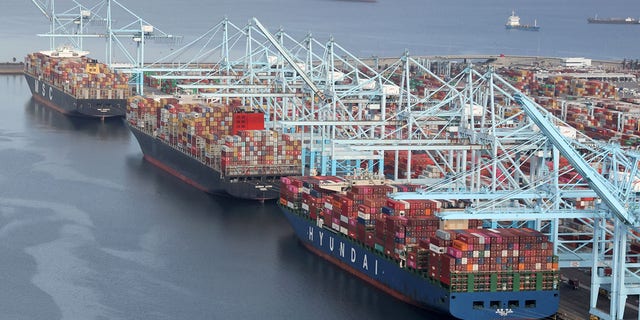 Shipping containers being unloaded from ships at a container terminal at the Port of Long Beach-Port of Los Angeles complex in April 2021.
(REUTERS/Lucy Nicholson, File)

“I don’t hear him talking about this, and I don’t hear the media asking him – the mainstream media, the D.C. media – quizzing him on this very much,” host Trey Gowdy told her.

A statement from the July meeting said the Biden administration believed the supply chain disruptions would be “transitory.” 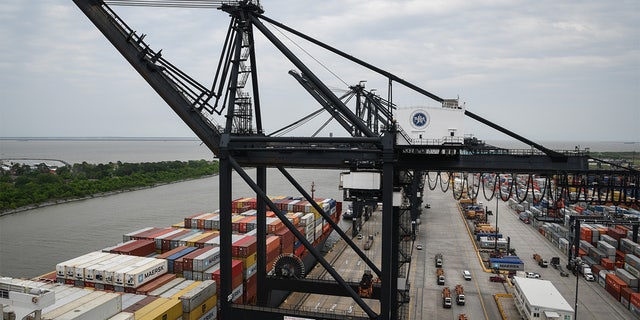 “Participants identified multiple factors contributing to the congestion at the San Pedro Bay ports, but agreed that the situation is critical and committed to identifying and working toward solutions to increase throughput at the port in an environmentally sensitive way,” the statement read.

Several culprits could be to blame for congestion prior to the holiday season, including supply chain disruptions due to the lingering effects of the COVID-19 pandemic, analysts have said. The Transportation Department also blamed America’s “neglected” infrastructure, calling for billions of dollars in additional investment in the nation’s ports.