Former Newport Beach Mayor Will O’Neill took to Facebook on Friday to bring attention to California Gov. Gavin Newsom’s use of “behested payments,” a technically legal but highly opaque practice that can generate untold amounts of “donations” to politicians’ preferred projects and non-profit organizations.

O’Neill, who was mayor of the coastal Orange County town between 2019 and 2020, asked readers to imagine they’re running a company, and Newsom asks for a donation “to a cause he cares about.”

Per California law, behested payments over $5,000 must be reported. But unlike political donations, there are no caps. The practice is relatively obscure and not often used. In 2019, for instance, Newsom’s administration only reported $12 million in behested payments.

But in 2020, during which the COVID-19 pandemic broke out and the governor’s emergency powers were expanded, payments to various entities – at Newsom’s “behest – shot up to a whopping $226 million, according to data from the state’s Fair Political Practices Commission (FPPC). 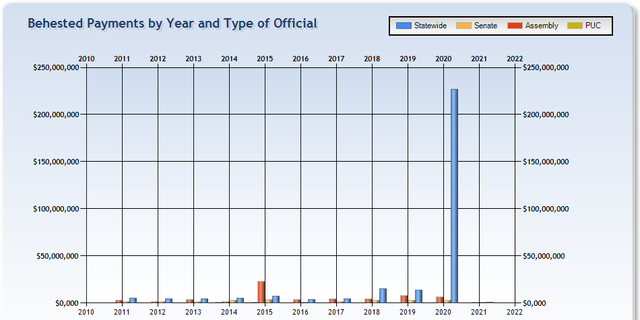 Since the outbreak, Verily Life Sciences — which under the same parent company as Google — has received up to $44 million in three separate contracts from the governor’s Office of Emergency Services to operate COVID-19 testing sites.

O’Neill cited reporting from CapRadio, a Sacramento NPR-affiliate, showing that, between 2018 and 2019, UnitedHealth donated $220,000 to political committees controlled by Newsom, who later awarded $492 million in contracts to UnitedHealth subsidiaries in no-bid and expedited situations.

Bloom Energy, a California-based company, contributed some $85,000 to Newsom between September 2018 and October 2020, CapRadio reported. In March 2020, the company received a $1 million no-bid contract – later raised to $2 million – to refurbish ventilators, according to the outlet.

CapRadio also reported that the Chinese manufacturing company BYD made two contributions of $20,000 to Newsom between March 2018 and November 2019. In April 2020, the company received a nearly $1 billion no-bid contract for masks.

In his Facebook post, O’Neill included a quote from Bob Stern, a registered Democrat and former general counsel to the California FPPC who said: “I really think that the governor has a tin ear in terms of receiving huge campaign contributions and providing sole-source contracts for corporations that were giving him these contributions.” 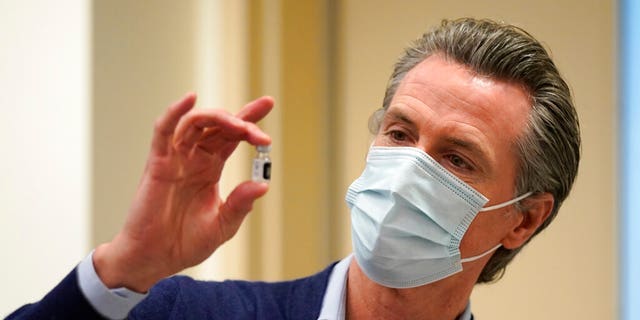 The is not the first time the former Republican mayor has called out the Democratic governor. Last May, when California – much like the rest of the nation – was on a strict lockdown to curb the spread of the coronavirus, O’Neill slammed Newsom over his order to close beaches in Orange County.

During an appearance on “Tucker Carlson Tonight,” O’Neill accused Newsom of closing 43 miles of Orange County beaches, “not because of data, but because of politics.”

“In our local hospital, we have 475 beds. They have never treated more than 25 people at any given time, and yesterday they had nine people that they were treating, and only one percent of their ventilators were being used.”

The critique of behested payments comes as Newsom faces the likely prospect of a recall election over his draconian response to the pandemic. Recall Gavin 2020 senior adviser Randy Economy told Fox News on Sunday that the campaign has collected more than 1.72 million signatures. That’s more than 200,000 above the required threshold to qualify for a ballot, but organizers are aiming for 2 million signatures by the March 17 deadline to compensate for invalidated signatures.

“Our work continues…we aren’t stopping (until) the final day March 17th,” Economy told Fox News. “We are thrilled with the progress and this movement is changing politics as we know it here in California and throughout America.”

Fox News has made repeated attempts to contact Newsom’s press office with a request for a comment on the recall but has received no reply.