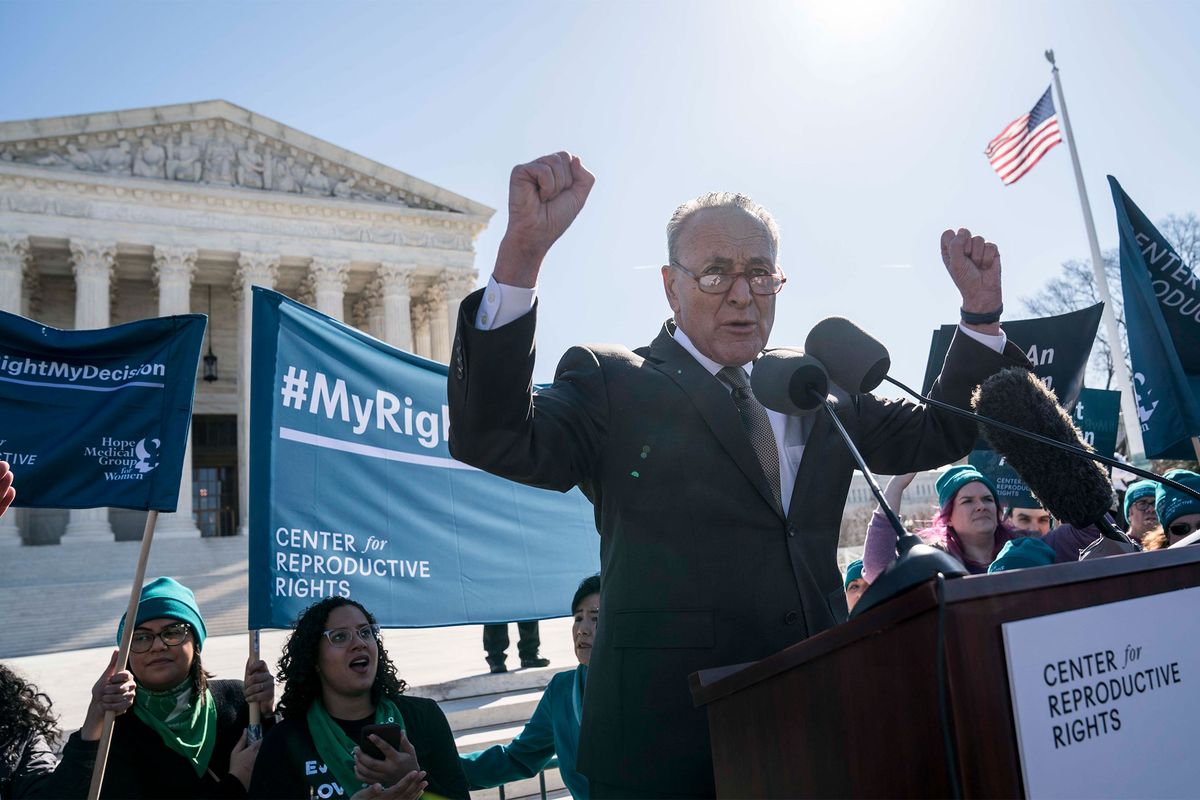 Schumer earlier Wednesday said Justices Neil Gorsuch and Brett Kavanaugh “will pay the price” if they sided against abortion access. The senator’s remarks came as the court heard arguments in an abortion case for the first time in four years.

“Justices know that criticism comes with the territory,” Roberts said in a statement issued by the court, “but threatening statements of this sort from the highest levels of government are not only inappropriate, they are dangerous.”

Gorsuch and Kavanaugh were appointed by President Donald Trump.

The justices are considering a challenge to a Louisiana law requiring abortion clinic doctors to have admitting privileges at a nearby hospital. The statute is similar to a Texas measure the court struck down in 2016, before the two Trump appointees joined the court.

Responding to Roberts’s rebuke, Schumer spokesman Justin Goodman said in an emailed statement that the minority leader’s comments “were a reference to the political price Senate Republicans will pay for putting these justices on the court, and a warning that the justices will unleash a major grassroots movement on the issue of reproductive rights against the decision.”

Goodman accused Roberts of following “the right wing’s deliberate misinterpretation of what Senator Schumer said.” He added that Roberts was silent when Trump demanded last week that Democratic-appointed Justices Ruth Bader Ginsburg and Sonia Sotomayor recuse themselves from anything “Trump-related.”

Roberts rarely issues public statements about elected officials. He sparred publicly with Trump after the president decried an “Obama judge” who had blocked an administration effort to curb asylum claims. Roberts then issued a statement that said, “We do not have Obama judges or Trump judges.”

— With assistance by Steven T. Dennis