Capitol Hill Republicans and Democrats are spinning warring narratives about the child care provisions in President Biden’s reconciliation spending bill as Senate Democrats race to come to a deal before Christmas.

Republicans say the regulations in the nearly $2 trillion reconciliation bill will have serious unintended consequences, essentially creating a “toddler tax.” House Speaker Nancy Pelosi, D-Calif., is leading Democrats in arguing it would instead ease burdens on parents and improve education “for the children.”

“Children learning, parents earning. That is essential to the Build Back Better legislation,” she said.

But Republicans are arguing that the price of child care would skyrocket for many Americans.

“It puts in place all these rules and regulations on child care providers. It would require thousands of child care providers to have an early education degree. It would… mandate wages from Washington,” Rep. Bryan Steil, R-Wis., a House Select Committee on Economic Disparity and Fairness and Growth ranking member, said Tuesday.

“For the average American working family that is going to have to foot the bill for these rules changes, they’re going to feel it in the pocketbook and be absolutely clobbered,” he said. 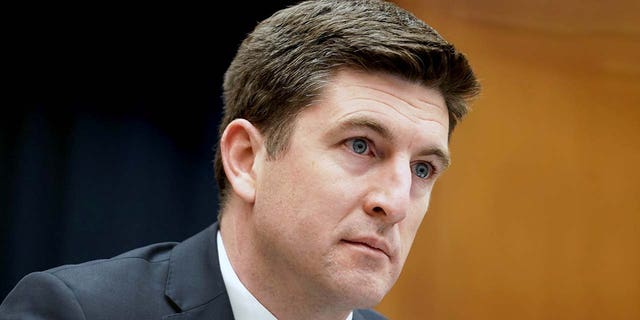 For many, the government will foot that bill, Pelosi said Tuesday.

“It would dramatically lower costs of child care, capping at 7% of income,” she said.

Pelosi is correct – for families in the lower half of the income scale in the U.S., the reconciliation bill would provide some relief for them on child care. In fact, people in the lowest income brackets would have their child care costs capped even lower level than the 7% level she referenced. And there are other provisions Democrats tout like the child tax credit and universal pre-K that would lower out-of pocket costs for many.

President Biden delivers remarks during an event in the State Dining Room of the White House, Monday, Oct. 4, 2021, in Washington.
(AP Photo/Evan Vucci)

Those families, many in the middle class, would be on the hook for about $13,000 extra per year, according to the PPP analysis.

Rep. Angie Craig, D-Minn., said Thursday that House Democrats did not mean to write a bill that may affect families that way. And she implied implementation by the Department of Health and Human Services (HHS) may take some of the sting out of that price increase. Craig also emphasized the importance of increasing wages for child care work.

“I think we need to, you know – obviously a full plan of implementation is yet to be built by HHS. We need to see that plan be built to fully analyze it,” she said. “But that certainly would never be the intention.

“At the end of the day, we in Minnesota, at least, we will see a significant number of my constituents in their families’ day care costs go down and at the same time will free up people to choose if they want to go back to work,” Craig added. “Child care is work and it’s time we recognize that in our nation.”

Republicans are also attacking the reconciliation for allegedly discriminating against faith-based child care providers. It would do this, Republicans say, by directing subsidies to child care providers rather than individual families, which would block that funding from being used “for buildings or facilities that are primarily used for sectarian instruction or religious worship.”

“It shifts who the government is supporting. So under current policy, they support the individual who then uses those funds. The new model would be directly to the providers,” Steil said. “By making this tweak, under federal law, it prevents them for paying for the facilities if worship is done.”

He added: “So if you go and have your child at a Lutheran Church in Racine, or any number of religious locations across the United States where child care is often provided… they’re creating a fiscal incentive to going to a secular institution.”