China censors a lot, from Winnie the Pooh to the NBA

Beijing (CNN Business)China just announced some drastic retaliatory measures against several US media outlets, after Washington designated five Chinese state media outlets as “foreign missions” and capped the number of Chinese journalists working for those outlets in the United States.

“In recent years, the US government has placed unwarranted restrictions on Chinese media agencies and personnel in the US, purposely made things difficult for their normal reporting assignments, and subjected them to growing discrimination and politically-motivated oppression,” China’s Ministry of Foreign Affairs said in a statement on Wednesday. 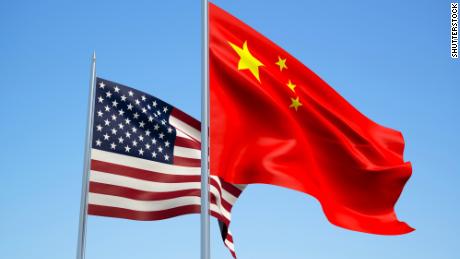 One of the measures now requires US national journalists for The New York Times, The Wall Street Journal and the Washington Post whose press credentials expire before the end of this year to return their press cards. These journalists will not be allowed to conduct reporting in the People’s Republic of China, including in Hong Kong and Macao, and will be effectively expelled since their Chinese residency visas are linked to their press credentials.

In February, a senior State Department official announced that effective immediately, Xinhua, China Global Television Network, China Radio International, China Daily and People’s Daily will be designated as “foreign missions,” in accordance with the Foreign Missions Act.
The change in designation means these companies will now need US government approval to buy or lease office space and will have to register personnel changes, including new hires and staff departures, with the State Department just as foreign diplomatic missions do.

On March 13, the State Department’s cap on the number of Chinese nationals who may be employed at four of those five Chinese media entities went into effect.
The State Department did not immediately respond to CNN Business’ request for comment, but Secretary of State Mike Pompeo weighed in on the matter at a press conference.
“These aren’t apples to apples in any respect and I regret China’s decision today to further foreclose the world’s ability to conduct the free press operations, frankly, that would be really good for the Chinese people, really good for the Chinese people in these incredibly challenging global times where more information, more transparency are what will save lives,” he said.
China announced two other countermeasures on Wednesday that will take effect immediately.
Countering US designation of five Chinese media outlets as “foreign missions,” China now requires the China offices of Voice of America, the New York Times, the Wall Street Journal, the Washington Post and Time to file written reports on all their staff rosters, finances, operations and property holdings.
In retaliation for US discriminatory measures on Chinese journalists regarding visas, administrative reviews and reporting, China said it will take reciprocal measures against US journalists.
Marty Baron, executive editor of The Washington Post, said in a statement to CNN Business that the paper condemns “any action by China to expel US reporters.”
“The Chinese government’s decision is particularly regrettable because it comes in the midst of an unprecedented global crisis, when clear and reliable information about the international response to Covid-19 is essential,” Baron said. “Severely limiting the flow of that information, which China now seeks to do, only aggravates the situation.”
The Journal’s editor-in-chief Matt Murray alluded to the coronavirus pandemic that has swept the globe when he weighed in on Beijing’s latest move.
“China’s unprecedented attack on freedom of the press comes at a time of unparalleled global crisis,” Murray told CNN Business in a statement. “Trusted news reporting from and about China has never been more important. We oppose government interference with a free press anywhere in the world. Our commitment to reporting fully and deeply on China is unchanged.”
Murray has already had to grapple with China revoking the press credentials of three Wall Street Journal reporters in February in what has been billed as the largest expulsion of overseas media from the country in more than three decades. Murray decried the move at the time as a “harsh and unprecedented action.”
The New York Times’ executive editor Dean Baquet said, “We strongly condemn the decision of the Chinese authorities to expel American journalists, an action that is especially irresponsible at a time when the world needs the free and open flow of credible information about the coronavirus pandemic.”
Voice of America Director Amanda Bennett said her organization, which is a public broadcaster that receives funding from the US government, will review China’s measures. In the meantime, she said VOA will “remain committed to continuing to serve as a consistently reliable, trusted and authoritative source of news to our Chinese-speaking audiences.”

TIME Editor-in-Chief and CEO Edward Felsenthal said the publication “stands against restrictions on the free press anywhere in the world.”
“We oppose any effort by the Chinese government or any other government to expel reporters or intimidate those whose job is to provide accurate information, especially during this crucial period for the world,” he added.
Source: Read Full Article