During their nightly handoff, Lemon and Cuomo briefly discussed the Jan. 6 riot and how two Capitol Police officers who were there that day recently took their own lives.

“You know what? I love you, brother,” Lemon told Cuomo.

“I love you D-Lemon,” Cuomo replied.

Seconds after Cuomo disappeared from the screen, another Cuomo emerged.

“The calls are getting louder and louder. This is what I’m talking about: top Democrats from New York to the White House calling on Governor Andrew Cuomo to resign,” Lemon told viewers. “That in the wake of a bombshell report from the state’s attorney general that alleges the governor sexually harassed 11 women, including state employees and a state trooper.”

The uncomfortable transition sparked plenty of laughs on social media.

Notably, the CNN star himself was also swept up in the AG’s report, which revealed that he took part in drafting a response for the governor to the allegations against him on Feb. 28.

It was revealed earlier this year by The Washington Post that the anchor joined conference calls with top aides to the embattled governor earlier this year as charges of harassment mounted and prompted calls from both sides of the aisle for his resignation. Sources told the paper the younger Cuomo urged his brother to not step down and even invoked “cancel culture,” a talking point the governor used back in March while engaging with reporters.

Chris Cuomo previously apologized to his colleagues for putting them in a “bad spot” and acknowledged he was in a “unique and difficult situation” as the brother of the nation’s most prominent governor while being CNN’s star anchor, but he insisted “I know where the line is.”

The ethical lines, however, appeared to be blurred for the Cuomo family as it was also revealed that the liberal TV host was given “VIP treatment” from the Cuomo administration and was among the lucky few who received coronavirus testing in the early months of the pandemic. While ordinary New Yorkers struggled to get tested, the governor sent a top state physician to his brother’s house in the Hamptons for private examinations, which were prioritized as they were sent to a lab in Albany. 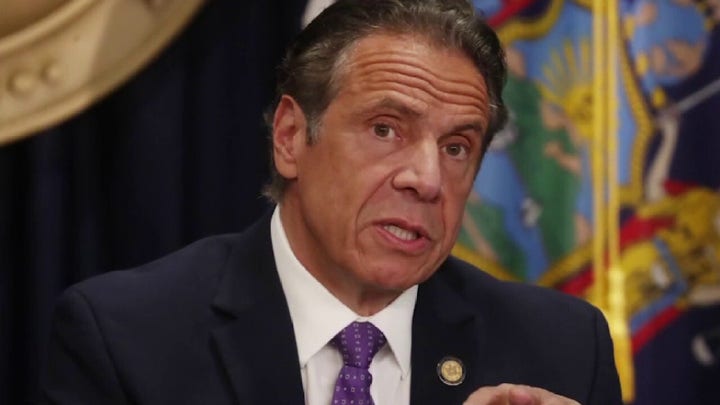 When the governor’s scandals first emerged, Cuomo told his viewers that he “obviously” cannot cover his brother, but that wasn’t the case last year when he invited the New York Democrat nearly a dozen times for chummy interviews where he praised the “Luv Guv’s” leadership during the pandemic. The two of them even performed prop comedy for the pro-Cuomo audience.

While the “Cuomo Prime Time” host skipped over his brother’s latest political woes, he managed to make time on his program to go after one of his favorite targets, Republican Florida Gov. Ron DeSantis, over his response to the contagious Delta variant.