A group of rural Colorado parents have opened their own public school with a focus on traditional studies and values after the community expressed a desire for more school choice.

Merit Academy in Woodland Park, Colo., opened Aug. 23 with about 186 enrolled students and 65 more on their waiting list. The K-8 school, which plans to expand through grade 12, emphasizes the principles of civic responsibility, intellectual growth and desire for good, according to their mission statement.

Two founding board members joined “Fox & Friends” Wednesday to discuss the importance of having a “no-politics” learning environment for their community.

“We surveyed the parents to see what sort of things they wanted to have in their school,” John Dill, a local dad and retired Air Force Space Command Lieutenant Colonel said. “If you keep the focus on what’s best for the kids, your decisions become fairly clear on what to do.” 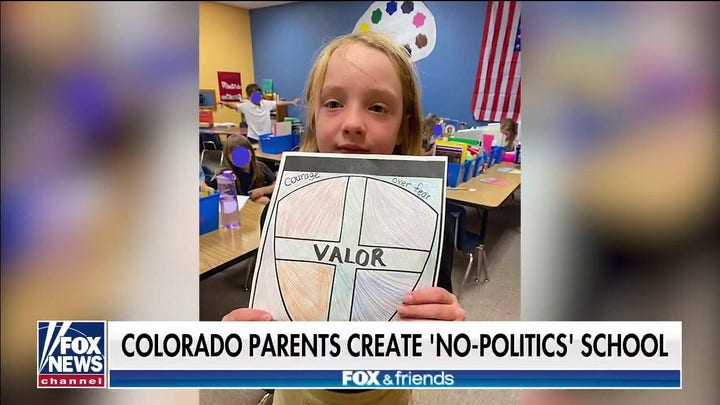 The public school took merely one year to open, operating temporarily in a local church until they finish remodeling a larger empty storefront. Recess will be held at a church next door.

After their charter school application was rejected, the academy secured public school funding through a Colorado law authorizing boards of cooperative education services [BOCES] to contract out education services.

“We follow all public school requirements and rules,” Dill said.

The school is accepting donations on their website to cover additional startup funds that will not be reimbursed by the state.

“We’re a rural community of modest means, so we appreciate all expressions of support we receive,” Dill said.