Companies with a history of lobbying the state of California, including PG&E, Kaiser Permanente and Comcast, donated hundreds of thousands of dollars to Gov. Gavin Newsom’s wife’s nonprofit over the past several years.

“This appears to be nothing more than legalized bribery,” John Cox, a Republican running for governor amid Newsom’s recall, said Thursday. “It’s deeply troubling and an inherent conflict of interest to have your family make millions from a charity funded by those doing business with the state. It’s a gross example of insiders enriching themselves. It needs to stop immediately.”

Newsom’s wife, Jennifer Siebel Newsom, received $2.3 million in total salary from her nonprofit, The Representation Project, between 2011 and 2018, according to the nonprofit’s tax returns highlighted in an investigation by The Sacramento Bee. Siebel Newsom’s foundation billed itself as a gender watchdog organization releasing films to “challenge limiting gender stereotypes and shift norms.” Newsom has appeared in two of The Representation Project’s films, the Bee reported.

The Representation Project raked in 30% more contributions in 2015, the year Newsom announced his gubernatorial campaign, for a total of nearly $1.6 million. 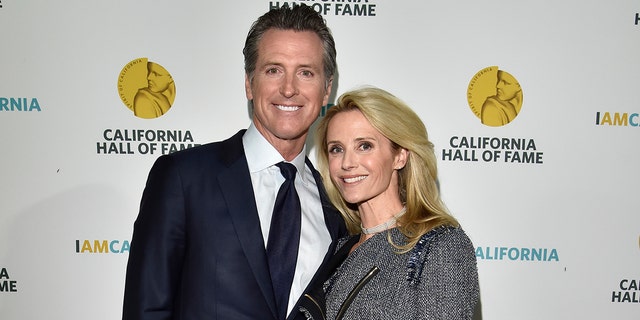 “The Governor is proud of the First Partner’s longstanding leadership on gender equity, as well as her continued advocacy on behalf of California women and their families,” a spokeswoman for the governor told Fox News in a statement. “His decisions, always grounded in sound policy and good governance, are made in the best interest of the State of California.”

“With regards to donation transparency, The Rep Project goes above and beyond non-profit industry standards,” the foundation’s executive director Caroline Heldman told The Sacramento Bee. “We do not accept anonymous donations, and we publicly disclose all donations above $5,000 on our website.”

Newsom repeatedly has called out PG&E for what he called “corporate greed” in light of its role in the latest round of wildfires in his state — but his wife’s nonprofit received $290,000 between 2016 and 2018 from PG&E, according to The Sacramento Bee’s investigation. Other companies with interests in the state of California’s actions highlighted in the investigation include Kaiser Permanente, 23&Me, AT&T, Comcast and United Airlines.

“As part of our charitable program, PG&E and The PG&E Corporation Foundation have a lengthy history of contributing to organizations that provide support for underserved and traditionally disenfranchised communities. This includes a wide variety of programs designed to develop educational, career and leadership skills among diverse communities, programs supporting scholarship, mentorship, technical training, as well as programs celebrating ethnic and cultural identity, empowerment and civic engagement of communities of color, women and the LGBTQ communities,” a PG&E spokeswoman told Fox News in a statement.

“Although we have not contributed to the organization mentioned in your inquiry for several years, historic contributions were part of this overall program to which we remain committed. Our charitable contributions are published every year as part of a public filing with the California Public Utilities Commission,” the statement continued.

Kaiser Permanente donated $20,000 to The Representation Project in 2018 and 2019 before signing a $500 million no-bid contract with the state, Dignity Health and the Los Angeles County Public Health Department to operate a field hospital at the start of the coronavirus pandemic, The Sacramento Bee reported.

A spokeswoman for Kaiser Permanente told The Sacramento Bee the company donated to The Representation Project because of its “mission to improve the health of the communities we serve, in this case by educating and raising awareness to combat harmful gender stereotypes.”

23&Me donated $25,000 to The Representation Project in 2017 and has lobbied in favor of greater protection of customer privacy, according to The Sacramento Bee. 23&Me donated to Siebel Newsom’s foundation “to foster skill development, organization and self-confidence in the world’s next generation of leaders,” a company spokesman told The Sacramento Bee. 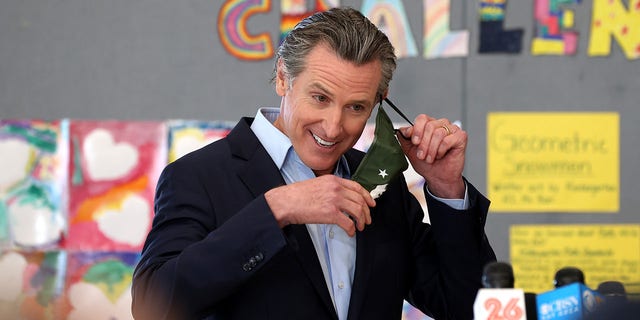 AT&T gave more than $185,000 and Comcast gave more than $15,000 to The Representation Project between 2017 and 2020. The companies shut down a plan to bring broadband to underserved parts of the state in 2020 and are lobbying on other active broadband bills.

“We support a number of initiatives and programs that empower emerging filmmakers from underrepresented communities,” an AT&T spokesman told The Sacramento Bee.

A Comcast spokeswoman said the donations had no connection to lobbying.

United Airlines donated between $25,000 and $49,000 as a “VIP Reception Sponsor” at The Representation Project’s 2019 gala and later lobbied Newsom’s office for pandemic relief for airlines.

“United supported a Representation Project event in 2019 because the organization aligns with our goals to break down barriers and promote inclusion,” the company told Fox News in a statement.

Kendra Arnold of the Foundation for Accountability and Civic Trust said the revelations could “indicate a serious ethics concern.”

“Ethics rules routinely prohibit elected officials from soliciting donations for nonprofits that they are closely aligned with — because of course donations may be made in an attempt to seek favorable treatment by the government,” Arnold told Fox News in a statement. “Factors we look for are whether there was an increase in donations or whether the donor has business before the government, both of which may indicate a serious ethics concern.”

Fox News did not immediately receive comment from The Representation Project, 23&Me, PG&E, Kaiser Permanente, AT&T, Comcast or United Airlines.