Fox News contributor Joe Concha joined “Fox & Friends First” Tuesday, and he torched CNN over the network’s handling of anchor Chris Cuomo and his involvement with his brother Governor Andrew Cuomo. Critics are piling on the scandal-plagued CNN after it was reported Monday that Chris Cuomo is still advising his brother.

JOE CONCHA: I would think that network, the brass, would have said something at this point saying we believe this is wrong and it cannot happen again. But they’re not even making any sort of public statement. So what does that tell you?  They did the same thing with Jeffrey Toobin. They let it go on for months and months, let the news cycle take it away and they brought back Toobin to the network to lend a hand again, giving legal analysis. Let me leave it here. They couldn’t get more than 630,000 people to watch the network at any time last Friday, compare that to ‘The Five’ that gets 2.5 million people at 5:00 P.M and 2:00 P.M. on the west coast, four times as much. They are sinking faster than they could ever believe. 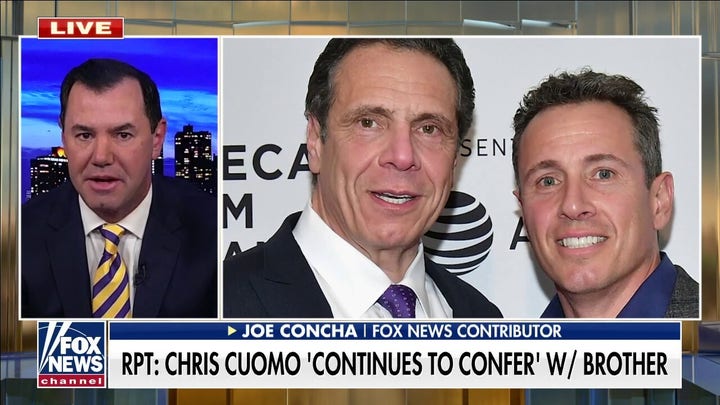