The Senate approved the confirmation of Christine Wormuth as Army secretary by unanimous consent Wednesday –  before the body canceled her confirmation just hours later in a strange development.

Majority Leader Chuck Schumer, D-N.Y., announced the reversal Wednesday, according to CSPAN footage of the proceedings. He didn’t immediately elaborate on the decision.

“As in executive session, I ask unanimous consent that the Senate vitiate the previous action on Executive Calendar 135,” Schumer said on the Senate floor. 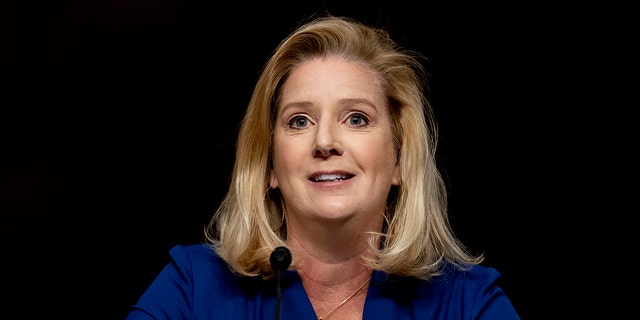 Last month, President Biden nominated Wormuth, who would have been the first woman to serve as secretary of the Army if she was confirmed by the Senate.

“I am so honored to be confirmed as Secretary of the Army! Serving in this role is a tremendous privilege and responsibility!” she wrote on Twitter.

Roll Call reporter Andrew Clevenger tweeted that the move “looks more like a procedural hiccup than a threat to her historic confirmation.”

Wormuth led Biden’s transition team at the Pentagon. She previously served as the undersecretary of defense for policy and the senior director for defense policy at the National Security Council during the Obama administration. Her most recent role was as director of the International Security and Defense Policy Center at the RAND Corp., a federally funded think tank.

Former Army Secretary Ryan McCarthy, who left the job in January, gave Wormuth a strong endorsement this month, saying she had “the temperament, strategic thinking, and relationships that will enable the Army to be successful in the next decade.”

The Senate Armed Services Committee had advanced her nomination Tuesday.

Wormuth grew up in College Station, Texas, and graduated from Williams College in Massachusetts, according to the White House.