Crown has failed on money laundering

After The Age last year published a series of articles raising serious questions about Crown Resorts’ systems for fighting money laundering and criminal activity at its casinos, Crown’s high-profile board reacted with indignation.

The board, which includes former Liberal minister and Crown chair Helen Noonan as well as directors John Alexander (a former editor The Sydney Morning Herald), former AFL boss Andrew Demetriou and former top public servant Jane Halton, dismissed the reports in a letter to the ASX and in newspaper ads as “unsubstantiated allegations, exaggerations, unsupported connections and outright falsehoods”. 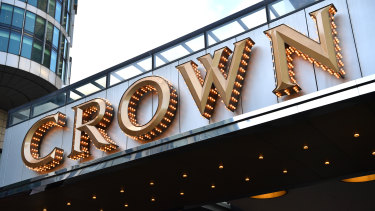 Yet an inquiry by the NSW Independent Liquor and Gaming Authority has in recent weeks confirmed the accuracy of key points in The Age's reporting and in at least one case has shown it was Crown that has misled the public.

The inquiry, under former Supreme Court judge Patricia Bergin, has held six weeks of hearings since a break due to COVID-19. It is looking at whether Crown, which operates casinos in Melbourne and Perth, should keep its licence to operate the Sydney venue due to open at Barangaroo in December.

The hearings have explored evidence put before readers of The Age last year that Crown ignored warning signs of potential money laundering and links between organised crime and the junket tour operators that it used to bring so-called high-roller gamblers to Australia.

It has been revealed that Crown’s letter misled the public about its partnership with a particular junket operator that traded under the name Suncity.

The board defended Crown’s links to Suncity, claiming it was controlled by the similarly named Suncity Group Holdings, a company regulated and listed in Hong Kong.

Mr Chau was blocked from entering Australia last year due to his suspected links to organised crime and money laundering.

The inquiry this week also confirmed The Age’s report that at the urging of another junket partner Crown authorised a junior casino staff member to wire $500,000 to a Melbourne drug trafficker.

The transaction raised questions because there was no evidence that the recipient had won the money gambling. Sending money to a third party through a casino is a red flag for money laundering, the inquiry has heard, because criminals can hide dirty cash as legitimate gambling winnings.

The Independent Liquor and Gaming Authority inquiry and a separate inquiry behind closed doors by the Australian Commission for Law Enforcement Integrity have also looked at The Age's reports that Crown pushed the Australian Border Force to give favourable treatment to visa applications for its clients, despite the applicants previously having had visas refused.

An ACLEI report this week found no evidence of direct corruption by Border Force, but in 79 cases where Crown-supported visa applications were rejected or withdrawn by Crown, 21 were subsequently issued. In at least three cases Crown had vouched for the integrity of the visa applicants.

The ILGA inquiry has yet to make its findings but it is already clear that the Crown board was far too quick to dismiss serious allegations.

The board may have expected it could avoid scrutiny using its considerable lobbying power. An “urgent” inquiry by Victoria’s Commission for Gambling and Liquor Regulation started last year has yet to report back to the state government.

If Crown, whose major shareholder is billionaire James Packer, is to have any future in the casino industry, it would do better to look hard at itself rather than looking for excuses or blaming others.

The evidence of Crown’s maladministration has been laid bare. The question is now whether NSW has the political will to act on this evidence and whether other states will follow.

Our weekly newsletter will deliver expert analysis of the race to the White House from our US correspondent Matthew Knott. Sign up for The Sydney Morning Herald‘s newsletter here, The Age‘s here, Brisbane Times‘ here and WAtoday‘s here.