The Crown royal commission will not scrutinise Victoria’s gambling laws or the gaming watchdog in a move the Opposition and anti-gambling advocates say is a missed opportunity to fix the state’s failed regulatory system.

Crown’s future as the operator of its Melbourne casino was thrown into doubt on Monday after the Victorian government announced an inquiry into whether the company had broken the law and was suitable to hold a gaming licence in the state.

Premier Daniel Andrews confirmed on Tuesday that – unlike inquiries launched in NSW and Western Australia – former Federal Court judge Ray Finkelstein would not look at the effectiveness of the state regulator overseeing Crown, the Victorian Commission of Gambling and Liquor Regulation (VCGLR). 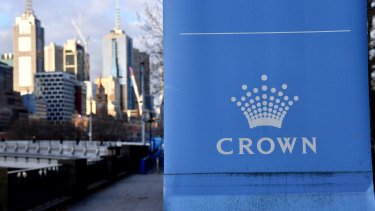 “The royal commission is not… [ going to] have a look at everything,” Mr Andrews said. “It’s looking very specifically… on the question of [should] they hold that licence.”

Opposition gaming spokeswoman Steph Ryan said the Bergin Inquiry in NSW – which confirmed reports by The Age and 60 Minutes that criminal gangs infiltrated Crown Melbourne and used it to launder dirty cash – showed the VCGLR was not up to the job.

She said the terms of reference should be widened to examine the agencies charged with keeping Crown in check.

“I’d question whether the royal commission would be able to get to the bottom of what’s gone on if it can’t look at the failure of the regulator,” Ms Ryan said.

The inquiry’s terms of reference do not direct Mr Finkelstein to look specifically at the state’s gambling laws or the VCGLR, but do allow him to consider whether they need to be changed in order “address your findings and implement your recommendations”.

Victorian gaming minister Melissa Horne said on Monday the state would move to establish an independent casino regulator as well as a government-led investigation into the VCGLR’s effectiveness. The government has not said who will conduct the inquiry.

“Crown had this terrible record of malfeasance exposed by the media rather than exposed … by the regulator because they simply don’t have the power, they don’t have the legislation and they don’t have the resources to do a proper job,” he said. “Unless you look at the framework within which this occurred, dealing with one offender is a waste of time.”

“Otherwise we’ll get outcomes that are not all that different to previous reviews and inquiries,” he said.

As well as examining Crown’s licence, the NSW inquiry looked closely at that state’s gambling regulation and recommended it establish an independent, stand-alone casino regulator with the powers of a standing royal commission so that it could “uncover relevant information about all aspects of the casinos and licensees it regulates”.

The VCGLR acknowledged in its 2020 annual report its limited ability to compel Crown to handover information for its investigation into the arrest of Crown staff in China in 2016. The report said the VCGLR had only gained access to “a large amount of material it [Crown] had previously declined to provide” for its investigation last year after the casino waived its right to legal privilege ahead of the ILGA inquiry.

Victorian taxpayers are set to foot a bill of around $5 million to $7 million for the Crown royal commission. The NSW gaming regulator on Tuesday confirmed it would seek to claw back millions of dollars from Crown for the cost of running its 18-month probity inquiry under provisions in the state’s gambling laws.

“[ILGA] will seek to make an appropriate recovery in relation to the costs of the inquiry,” a spokesman said.