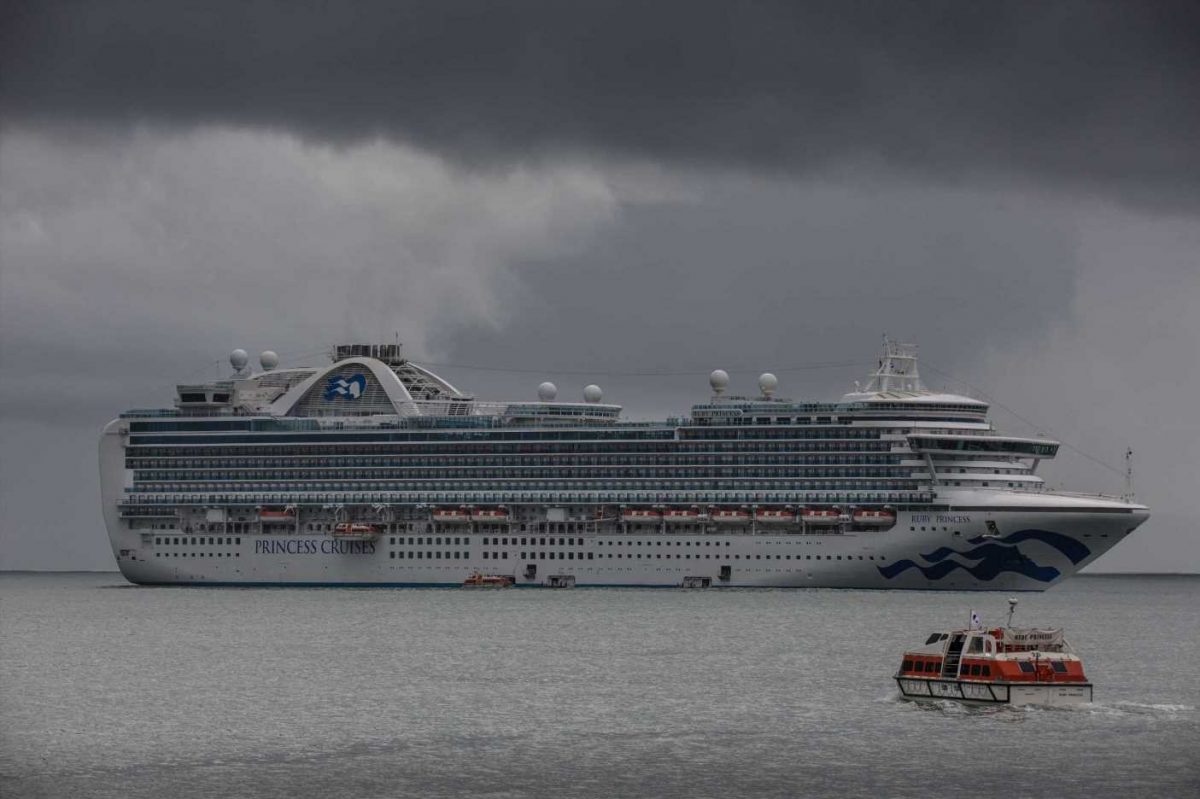 California Gov. Gavin Newsom said Wednesday that a cruise ship was being held off the coast near San Francisco after passengers and crew members fell ill and that those on board would be tested for COVID-19, the disease caused by the new coronavirus.

A 71-year-old man who died Wednesday of coronavirus — the first confirmed COVID-19 death in the state of California — had been a passenger on the same Grand Princess cruise ship for a trip to Mexico in mid-February, confirmed operating company Princess Cruises, which is owned by Carnival.

The governor said in a news conference that the state was working with the U.S. Centers for Disease Control and Prevention and other health partners to contact about 2,500 passengers, not counting crew members, who were on the previous trip with the man who died. About half of those passengers live in California.

The ship, which then set sail to Hawaii in late February with thousands aboard, returned to San Francisco on Wednesday and was being held off the coast, as “a number of passengers and crew members have developed symptoms,” the governor said. The government is flying test kits to the ship and will be sending those back to a lab to determine if those with symptoms have COVID-19.

Passengers who were on the previous Mexico voyage and remained on the ship for this Hawaii trip were told by the cruise company to remain in their rooms, according to CDC guidance. Newsom said some people aboard “have been isolated” from the rest of the people and the crew, adding that he didn’t have further details at the moment but the ship has medical support onboard.

There is at least one other case, in Sonoma County, of a passenger from the cruise to Mexico who is now in “very difficult condition,” the governor said.

Newsom declared a state of emergency Wednesday in response to the coronavirus outbreak in the state, including the cruise ship incident, in order to make more resources available to address the virus’s spread. The proclamation allows the state to bring in out-of-state health workers, among other efforts.

As of Wednesday, there were 53 people with confirmed cases of COVID-19 in California, 24 of whom were flown back to the U.S. from regions with severe outbreaks. Three cases have still-unknown sources, according to the state Department of Public Health.

California’s emergency proclamation also allows officials to further protect people from price gouging, Newsom said, noting there are already cases across the state. “Small hand sanitizers going for as much as $17, some online for even more — that’s unconscionable,” Newsom said. “We need to go after those.”

California officials are monitoring about 9,400 people across 49 jurisdictions for potential exposure to the virus, largely those who arrived on commercial flights from airports in regions that have high numbers of cases. The state has more than 5,900 tests available and can “draw down more federal support” as needed, the governor added.

Another Carnival cruise ship, the Diamond Princess, was the site of a COVID-19 outbreak off the coast of Japan last month. Hundreds of passengers had to be quarantined for weeks.

The Grand Princess ship off San Francisco can carry up to 2,600 passengers and 1,150 crew members. Before returning to San Francisco, the ship made stops at four islands in Hawaii in late February. Bruce Anderson, Hawaii’s department of health director, said in a news conference Wednesday that at this time there was no health threat to anyone in Hawaii.

Dr. Mark Ghaly, California’s health and human services secretary, noted Wednesday that most people who contract the coronavirus have only mild symptoms, adding that the state anticipates more cases will emerge.

Dr. Sonia Angell, the state’s public health director,  insisted that the health risk to the general public in California remains low, though she noted it’s a rapidly evolving situation.

Angell suggested some basic precautions to reduce people’s risk: Cover your mouth when you cough or sneeze, wash your hands thoroughly and frequently, and, if you don’t feel well, stay home. If anyone is concerned about their own symptoms, she said, they should call their health provider or county health officials before going to a hospital or doctor’s office.