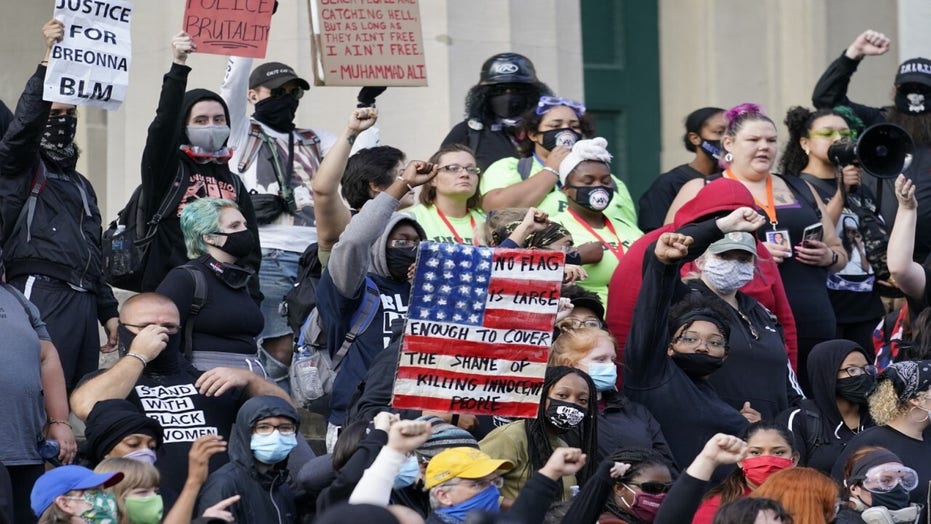 Two Daily Caller reporters arrested Wednesday while covering riots in Louisville told "The Story" Thursday that they were detained overnight despite clearly identifying themselves as members of the media.

Shelby Talcott and Jorge Ventura were arrested as part of a mass detention while covering protests and violence in the aftermath of a grand jury decision in the Breonna Taylor case. Amid the chaos, two Louisville Metro Police Department officers were shot and wounded.

"I was returning from a press conference to hear about the officers' conditions and when I arrived, there was a really strong police presence [and] a small crowd of protesters," Talcott recalled to host Martha MacCallum. 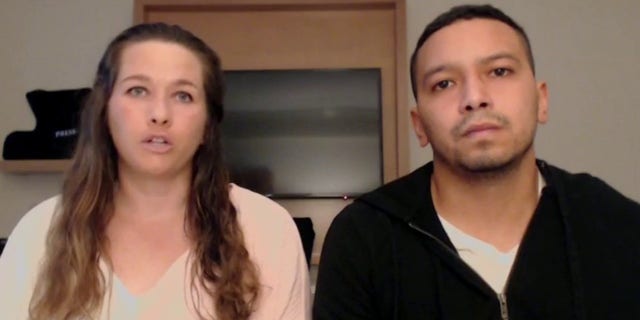 "They were ordering for them to disperse," she went on. "The crowd actually did leave the area and sort of circled around the block and officers came in from all sides and sort of corralled everyone in, which included myself and Jorge, and a third reporter who was on the ground … who we’re not sure is out or not, and we were arrested with everyone else."

Talcott had tweeted video from the scene with the caption, “We are all on the ground right now and police are taking people and putting them in zip tie cuffs.” She can be heard in the clip telling police officers that she is a member of the media.

Daily Caller Editor-In-Chief Geoffrey Ingersoll tweeted Wednesday night that he had notified Louisville Metro Police that Talcott and Ventura were reporters covering the protests on the ground — but it didn’t seem to matter to LMPD.

"Within 30 minutes of us being arrested, I would say … they were called from The Daily Caller, and they made very clear that we were with the press," Talcott said, "but we were still arrested and held for 16 hours."

"In that moment, I actually thought me and Shelby were going to be able to walk away freely," Ventura said, "but as soon as he returned, he said, 'We are confirming that you're with The Daily Caller but we are going to charge you with two misdemeanors and you're going to spend the night in jail.'"

Ventura said he was surprised to find that a majority of the men he was detained with had traveled from Louisville from out of state to take part in the protests.

"Most of the men that I was in the holding cell with were from out of state. We had some folks coming in from Indiana. Multiple folks coming from Detroit and Ohio. They all came in angered off the [grand jury] announcement," he recalled.

Ventura said he was told that since many of the men "were held in the cell for so long, they said that they are actually not coming out to protest anymore, and if they do come out to protest, they will actually be coming home before the curfew."