Comedian Dave Chappelle’s latest Netflix special is again receiving mixed to negative reviews from liberal critics, which might not come as a surprise to him given the tone of the set.

Dropped on Tuesday, Chappelle’s show in Detroit called “The Closer” – his final special in his six-set Netflix deal – delved heavily into criticism he’s gotten from the LGBT community and others that the comedian “punches down” and is even transphobic, in addition to addressing racism, COVID-19, parenting, and his attitude toward women.

He fumed at how Chappelle closed the set with a vow to stop doing LGBT jokes but also called on “your community” to stop punching down on his. Chappelle said in the set he was not indifferent to the “suffering” of others

“That line, with all of its terrible assumptions about who ‘your community’ is and who ‘my people’ are, just made me terribly angry and disappointed. Because untangling homophobia, transphobia, racism and white privilege requires a lot more effort and understanding than Chappelle makes here,” he wrote.

IndieWire panned the set as overly devoted to grievances, with the “same tired observations delivered behind a bizarre form of commiseration,” while The Daily Beast called it “troubling” and rejected his claims that he’d never made any explicitly anti-transgender jokes, in addition to knocking him for mourning Kevin Hart not hosting the Oscars after cancel culture came for old, homophobic comments. The Daily Beast also mourned his remarks about gender being a fact, writing, “Chappelle’s anti-trans jokes have often boiled down to human anatomy, which shows how unnuanced his views are on the subject.” 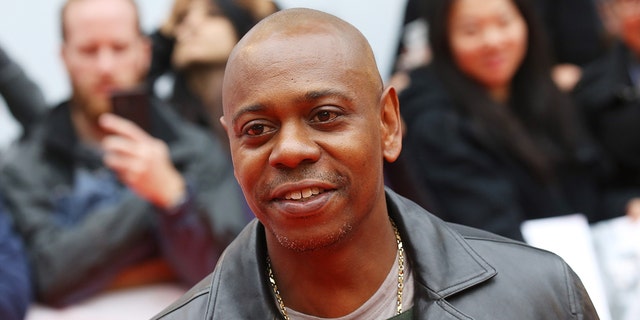 TORONTO, ON – SEPTEMBER 09:  Dave Chappelle arrives to the premiere of "A Star is Born" during the 2018 Toronto International Film Festival held on September 9, 2018 in Toronto, Canada.  (Photo by Michael Tran/FilmMagic)

“This time, he’s going for the predictable jabs and rehashing takes that were old hat five years ago. His head is up his a–. He needs new ideas.”

On the right, The Daily Caller called Chappelle’s show “incredible” and “another home run” for the comic that proved no subject for him is out of bounds. His closing bit, which discussed his friendship with trans comic Daphne Dorman before her suicide, was particularly lauded.

Chappelle’s last Netflix special, “Sticks and Stones,” in 2019 was also pummeled by liberal critics, particularly for his LGBT riffs, defense of “canceled” celebrities like Hart and Louis C.K., and jokes about Michael Jackson’s molestation charges.

Rotten Tomatoes memorably showed the division between critics and regular watchers – while an imperfect measuring stick, the site showed more than 99 percent of users reviewed it positively, against just 35 percent of selected critics.