Dealing with cancer: Website serves as ‘virtual bridge’ for patients to manage their care

A biopsy revealed Carol Smith’s worst fears last October: She had endometrial cancer typically found in the uterus that could aggressively spread.

Her oncologists told Smith it’s treatable and laid out the next steps: grueling chemotherapy, radiation appointments, and overwhelming doctor visits. A month later, she discovered a Facebook ad about Jasper, a free digital care planner helping cancer patients and their caregivers keep track of an emotional and potentially expensive journey.

Curious, Smith became an early tester of Jasper’s daily planner and reading curated cancer articles on the site. She figured it was better than scouring the internet to learn more about her diagnosis, sticking Post-It notes on her fridge to remember appointment dates, and being bombarded by loved ones’ constantly asking: “How are you feeling?” “Do you have to undergo chemo?” and, of course, “What can I do to help?” 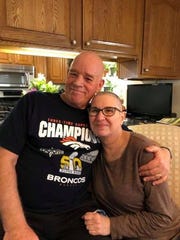 “I’m a very organized person, but it’s very frustrating to feel that you’re discombobulated and all over the place,” said Smith, 63, a retired teacher and mother of seven adult children in Lander, Wyoming. “I still have difficulty focusing, but Jasper is helping me keep it together.”

Soon, Jasper reps started asking Smith and other initial users what could the early-stage startup that began in beta in November do to improve. After months of back-end testing and several user suggestions, Jasper is now launching to the general public on Wednesday, spearheaded by two longtime executives who have led digital health and virtual care strategies for top pharmacy chains Walgreens Boots Alliance and CVS.

Cancer care coordination: Making it easier for patients and caregivers

In 2019, there were roughly 17 million Americans with a history of cancer were alive, and that number is expected to climb to 22 million by 2030, according to a recent report by the American Cancer Society.

“I said to myself, ‘Gosh, there has to be a lot of digital cancer planner platforms out there (like Jasper)?’ But there aren’t,” said Jasper CEO Adam Pellegrini, adding that a mobile app will be available soon. “That is the essence for us, to be a load-lifter.”

Jasper helps patients and their caregivers create and edit a planner to schedule and manage appointments, reminders, report daily symptoms, and possible side effects. The information, which is HIPAA-privacy protected, can also be shared with doctors and health providers. It also lets users create “to-dos” and recommended task lists and has a library with updated articles on specific types of cancer. And a specialized oncology social worker is on hand in the “Ask an Expert” chat area.

Jasper is a part of Redesign Health, a New York-based incubator formed in 2018 that’s helped launch 16 health care startups and announced in March that it has raised $250 million from investors to create 50 more health startups. As part of its public launch, Jasper has raised $6.75 million in seed funding.

It joins an accelerating rate of digital health startups that rose during the pandemic. Its emergence comes as venture capitalists invested a record $7 billion into healthcare services during the first quarter, according to Pitchbook, a research firm, which noted that’s the highest quarterly total in nearly a decade.

Dogecoin dilemma: Elon Musk explains Dogecoin on SNL: Is it ‘the future’ or ‘a hustle’?

Orr, who most recently led the digital health team for Walgreens Boots Alliance, the parent company for the two merged drug store chains, agreed with Wampler about Jasper’s goals.

“We want to better empower patients by giving them and their caretakers the tools and the right information at the right time,” Orr said. “We want to be that virtual bridge for them.”

They echo sentiments by then-Vice President Joe Biden who urged a group of startup health founders in San Francisco in 2017 to help fight cancer, nearly two years after his eldest son, and former Delaware Attorney General Beau Biden died of brain cancer in 2015.

“Don’t let the old system hinder your intellectual capacity, your dreams and hope, and the ability you all possess, you have to change the system,” Biden said to a hushed audience.

And now that Biden is president, Dr. Len Lichtenfeld, the former American Cancer Society’s deputy medical director now on Jasper’s advisory board, hopes that the health industry “understands the system is changing and we need to put more control in the hands of patients and their families.”

Helping to manage one patient’s battle against breast cancer

That’s what Nicole Nunn of Homewood, Illinois, was seeking when she also found Jasper through an online ad in January. A skincare consultant and married mother of two teenage girls, Nunn has been battling breast cancer since Feb. 2020. And, after successfully going through rounds of chemo, Nunn and her husband then caught and beat COVID-19 in December.

“All of that combined forced me to find something that would help me to be more functional, for my caretakers to see what’s going on and not to forget to leave anybody out of the loop,” said Nunn, 45, who added not only her household to Jasper but also her sister who’s a nurse, doctors, aunts and some members of her church.

“They all have the ability to see my calendar,” said Nunn about her caregiving team. “They know when and how I’m taking my meds, going to my lab tests, my mood, if I need a ride, and they can pick which assignments to do.” 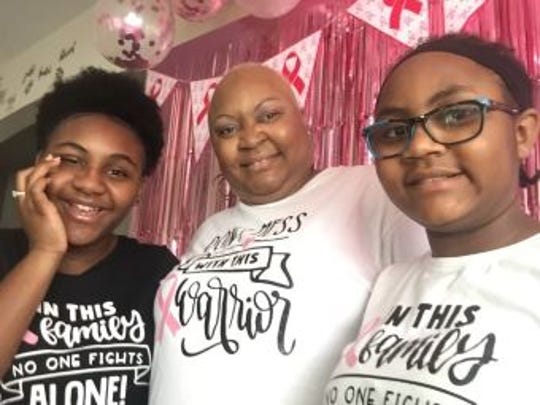 Nicole Nunn, middle, of Homewood, Ill., who is battling breast cancer, said she has the incredible support of her daughters, Imani, 14, left, and Zaria, 12, right, and her large family, many of whom are on Jasper, a site where Nunn uses to plan her appointments and treatments. (Photo: Nicole Nunn)

Nunn said she’s also given Jasper administrators feedback on how to improve the site, including improving its search mode and how to make its online store easier to buy items like cancer scarves. She said she will especially rely on Jasper when she has reconstructive surgery scheduled in July.

As for Smith, she and her husband plan to throw a backyard party in August to thank everyone who “surrounded us with their love.” They used Jasper to track Smith’s progress, especially when she was alone undergoing radiation treatment in a Billings, Montana, hospital for six weeks while her husband had to stay home to have hip surgery.

“It felt like every day I got cards, packages, and I thanked them all verbally so many times, I just don’t feel like it’s enough,” said Smith, who has no plans to stop using Jasper on her iPad.

“I’m clear – for now,” she said, well aware that her cancer could reappear. “I don’t know if we call this stage that I’m in either cancer-free or remission. I may need to look it up, on Jasper.”