Democratic Sen. Joe Manchin of West Virginia on Friday said he won’t vote to confirm Neera Tanden, who President Joe Biden tapped to be director of the Office of Management and Budget. It’s now highly unlikely that Tanden will be confirmed.

“I have carefully reviewed Neera Tanden’s public statements and tweets that were personally directed towards my colleagues on both sides of the aisle from Senator Sanders to Senator McConnell and others. I believe her overtly partisan statements will have a toxic and detrimental impact on the important working relationship between members of Congress and the next director of the Office of Management and Budget,” Manchin said in a statement. “For this reason, I cannot support her nomination.”

“As I have said before, we must take meaningful steps to end the political division and dysfunction that pervades our politics,” Manchin added. “At a time of grave crisis, it is more important than ever that we chart a new bipartisan course that helps address the many serious challenges facing our nation.”

Tanden, the former head of the liberal advocacy organization Center for American Progress, has been criticized by Republicans over some of her online activities and former tweets. She’s been among Biden’s more controversial Cabinet nominees. 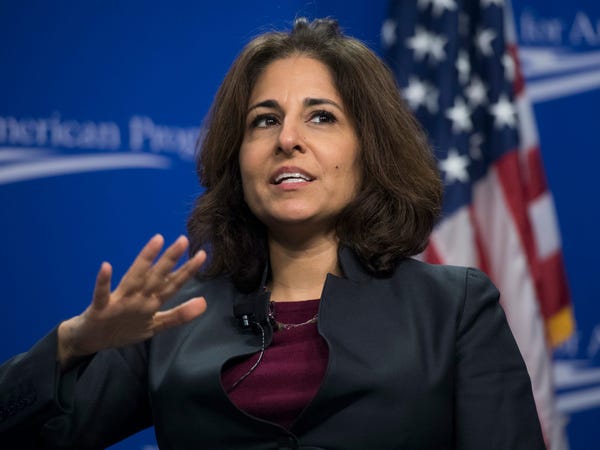 Tanden apologized for her past comments during recent confirmation hearings before the Senate Budget Committee and the Senate Homeland Security and Governmental Affairs Committee.

“My language and my expressions on social media caused hurt to people, and I feel badly about that. And I really regret it and I recognize that it’s really important for me to demonstrate that I can work with others,” she said. “I would say social media does lead to too many personal comments and my approach will be radically different.”

Manchin’s opposition puts Tanden’s confirmation in jeopardy, given the slim Democratic majority in the Senate and GOP opposition to her nomination.

The West Virginia Democrat, a moderate known for his conservative leanings, has emerged as one of the most influential lawmakers in Washington, DC, under the new administration and is poised to continue to have major sway over Biden’s legislative priorities.

Manchin has sided against the majority of his party on many occasions. He was the lone Democrat to vote to confirm Supreme Court Justice Brett Kavanaugh. Last month, Manchin was thrust into the spotlight when he threw cold water on a progressive push to eliminate the filibuster.

Though Tanden’s confirmation is now in question, Biden on Friday told reporters that he will not withdraw her nomination over Manchin’s announcement.