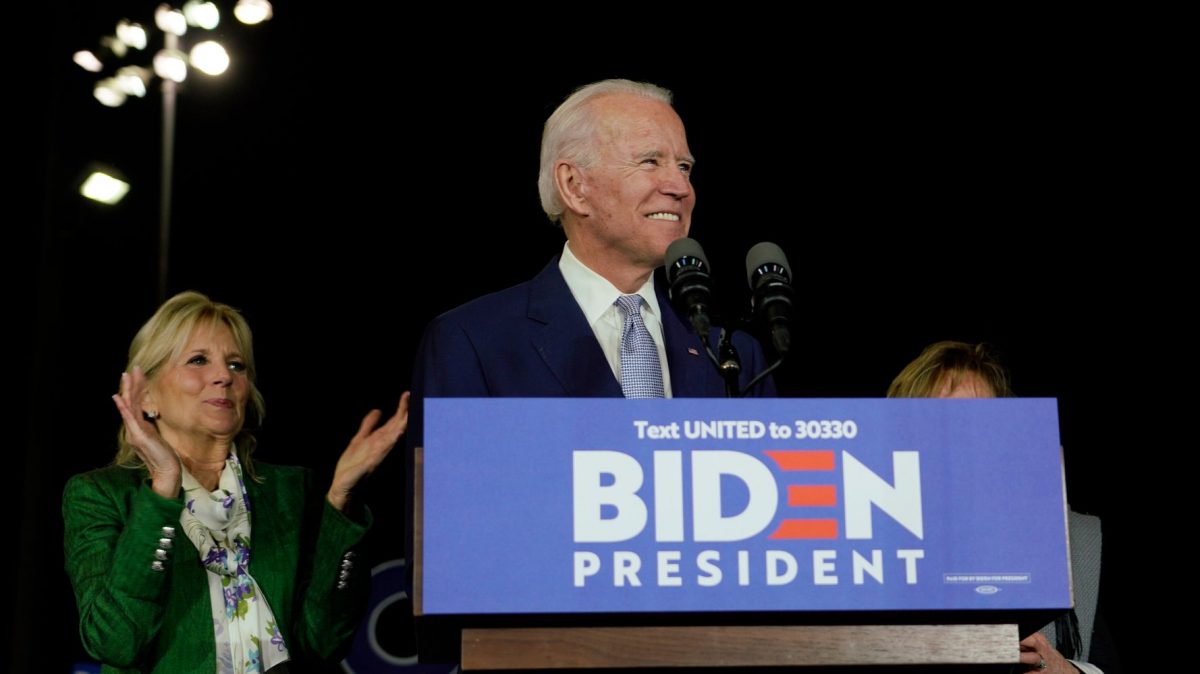 Democratic Voters Think Biden Is The Most Likely Nominee. Here’s How They Feel About It.

Most Democratic voters see former Vice President Joe Biden as their most likely nominee, a new HuffPost/YouGov poll finds, a scenario that roughly half are now enthusiastic about, and about a fifth find upsetting.

A 77% majority of Democratic and Democratic-leaning voters now say Biden is the most likely to win the primary ― a stark change from a poll taken after the New Hampshire primary, when only 15% considered him the probable victor. Just 18%, though, say it’s already clear who’ll end up winning the primary, with most saying it’s still down to a few candidates. 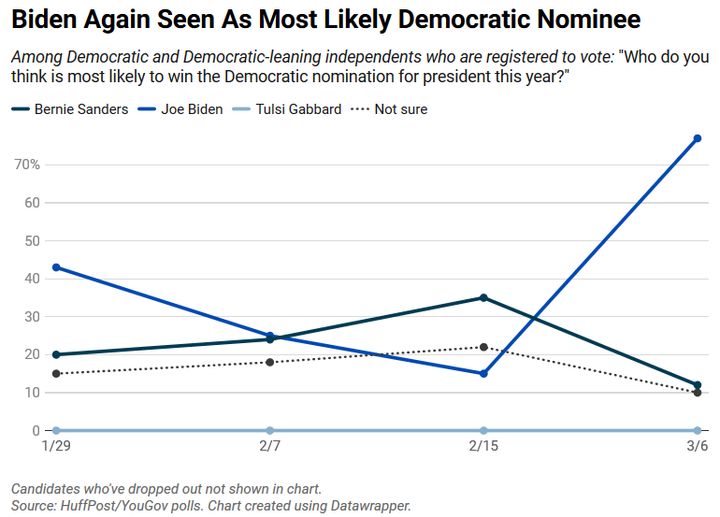 Similarly, 37% of those under 45, but just 9% of those 45 and older, would be upset if Biden won the nomination. If Sanders prevails, 34% of the older group would be upset, compared to 18% of those in the younger demographic. 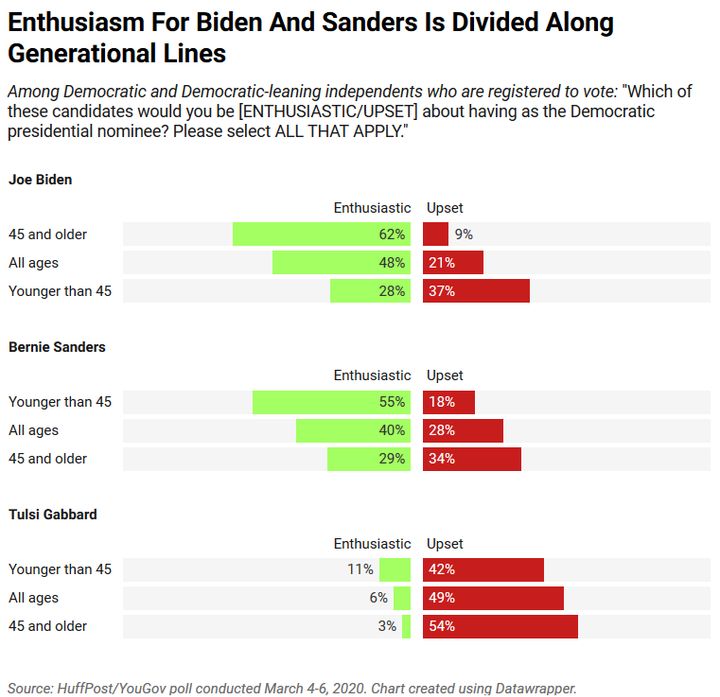 About two-thirds of Democratic and Democratic-leaning voters say they’re at least satisfied with the current field of candidates overall, with a quarter dissatisfied or worse. (In a mid-February poll, 79% were at least satisfied, and just 14% dissatisfied or worse.) Just 30% currently describe themselves as outright enthusiastic about the current field, but only 5% describe themselves as upset.

A 69% majority say they’re at least somewhat confident that the Democratic presidential primary as a whole will be conducted fairly, with 23% not too confident or not at all confident.

Use the widget below to further explore the results of the HuffPost/YouGov survey, using the menu at the top to select survey questions and the buttons at the bottom to filter the data by subgroups:

The HuffPost/YouGov poll consisted of 1,000 completed interviews conducted March 4-6 among U.S. adults, including 376 Democratic and Democratic-leaning registered voters, using a sample selected from YouGov’s opt-in online panel to match the demographics and other characteristics of the adult U.S. population.

HuffPost has teamed up with YouGov to conduct daily opinion polls. You can learn more about this project and take part in YouGov’s nationally representative opinion polling. More details on the polls’ methodology are available here.