Did OnePlus over-hype its OnePlus 9 Hasselblad cameras? Our photo tests are underwhelming

If you buy through our links, we may earn money from affiliate partners. Learn more. 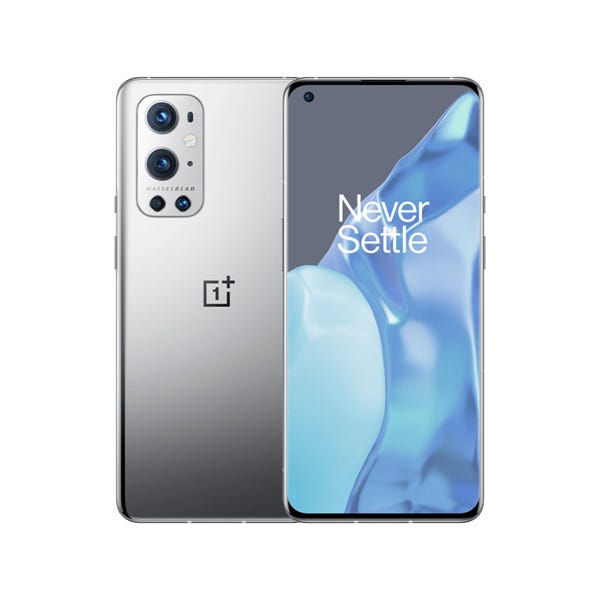 Since there was so much hype surrounding this partnership and the revamped cameras, we’ll be focusing on showing you how photos from the OnePlus 9 Pro look. As a reference tool, we’ve opted to compare it with the iPhone 12 Pro Max — a phone that takes reliably good and “safe” photos that don’t reach into extremes for color, contrast, HDR, and exposure, and that many feel confident with for capturing memories and sharing with friends, family, and social media.

When analyzing the photos taken by the OnePlus 9 Pro and the iPhone 12 Pro Max, we’re putting ourselves in the shoes of the most average type of camera user — someone who wants to point, shoot, and share without much editing, if at all.

How do the OnePlus 9 Pro’s photos look?

We found the OnePlus 9 Pro’s photos to appear pale in color with a heavy lean towards a cooler white balance, at least compared to the iPhone’s photos. One might argue that the paler colors are less processed and more natural, and that the iPhone’s photos have saturated and unnatural colors. While that may be true, we’d argue that the OnePlus 9 Pro’s camera doesn’t produce colors that are as pleasing for the point-and-shoot crowd.

We aren’t saying that the OnePlus 9 Pro, or any phones, should take photos that look exactly like the iPhone’s. But the iPhone’s camera is usually a good point of reference, as it takes photos that are reliably well processed for point-and-shoot users.

It’s also worth mentioning that most people don’t have several high-end phones available for direct side-by-side comparisons. With that in mind, the photos taken by the OnePlus 9 Pro would likely look totally fine on their own. However, the OnePlus 9 Pro underwhelms when its photos are compared to the iPhone’s.

At the end of the day, what really matters is whether you like the photos that the phone’s camera produces — whether you’re happy with the way your memories are captured, and whether you’d feel confident with sharing those photos.

With that in mind, have a look at some of the photos we took with the OnePlus 9 Pro compared with the iPhone 12 Pro Max: 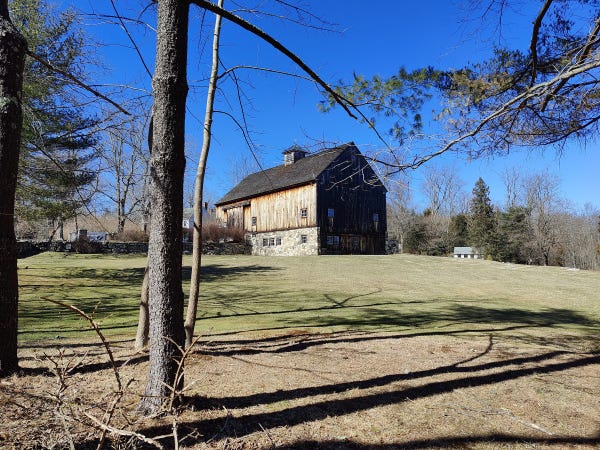 Here’s an example that exemplifies the paler look on photos taken with the OnePlus 9 Pro compared to our reference phone, the iPhone 12 Pro Max. The paleness is especially noticeable on the sunlit barn and grass. The photo also has a cooler tone. 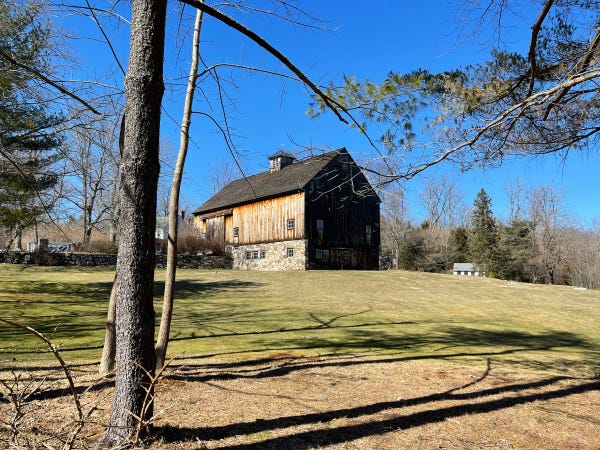 The photo from the iPhone 12 Pro Max features colors that are more saturated, which many will find is a more pleasing look for basic point-and-shoot photo taking, and to keep and share without editing. 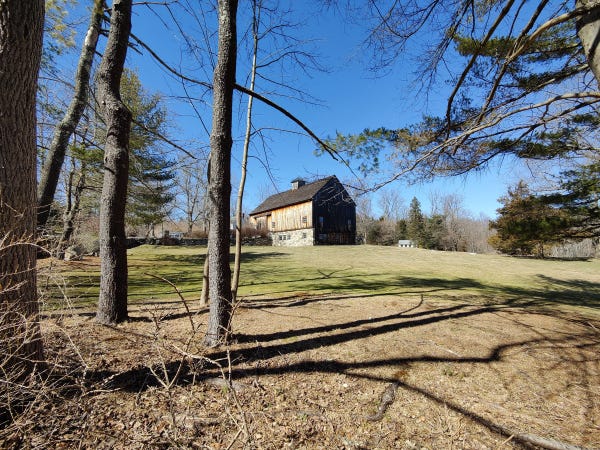 Additionally, the OnePlus 9 Pro’s photo is clearer than the iPhone’s. However, that’s only noticeable if you zoom into the photo, or view it in “full size.” 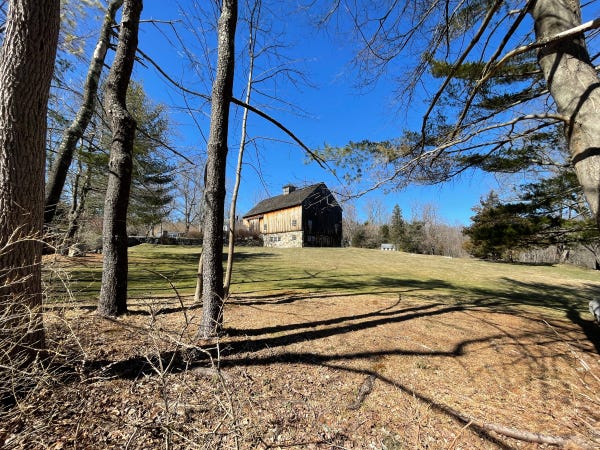 The iPhone’s photo is very similar to the OnePlus 9’s overall, except colors are slightly more saturated. The iPhone also handled exposure better than the OnePlus 9 Pro by keeping the dark side of the barn dark, and maintaining brightness and detail on the sunlit side. As a result, the iPhone’s photo can be more desirable, but it’s a nitpick. 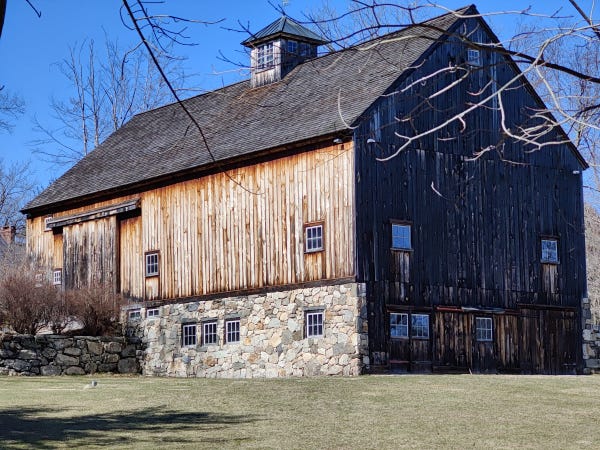 The OnePlus 9 Pro’s zoom lens carries over the pale colors and blue overtones form the regular lens. The dark side of the barn, especially, is positively blue due to poor white balance compared to the warm wooden black color on the comparative iPhone photo. The sunlit side of the barn and the stone foundation are also robbed of color and are overexposed. 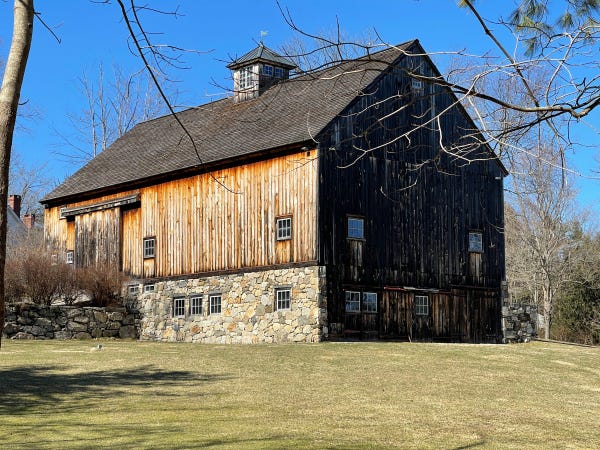 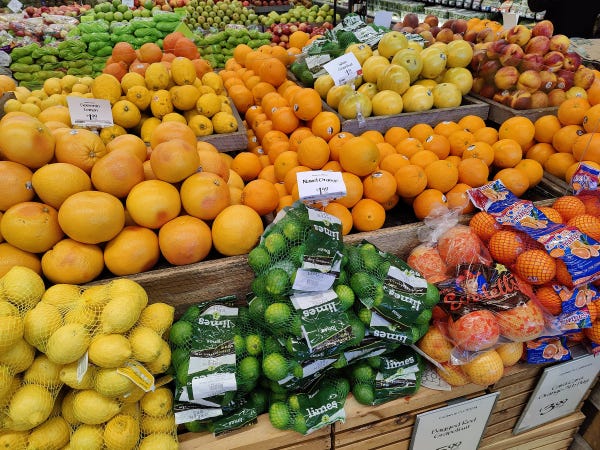 Even if you’re not comparing phone cameras, the OnePlus 9 Pro’s photo of these fruits would appear somewhat pale. The fruits don’t look particularly appetizing here, which wasn’t a thought I had when I was looking at them at the time of taking the photo. 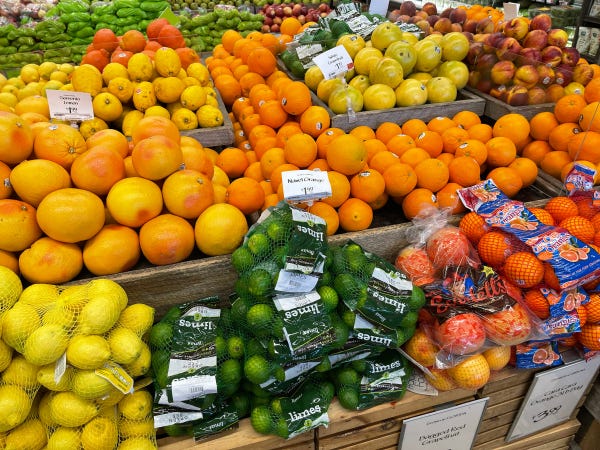 The iPhone makes these fruits look a lot healthier and appealing, even if the colors are somewhat oversaturated. 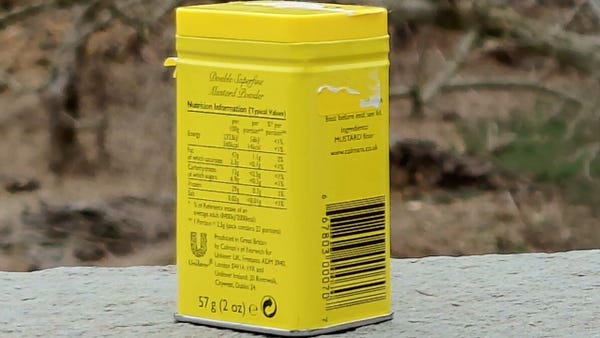 The OnePlus 9 Pro gives you the option to take 48-megapixel photos, which doesn’t make much of a difference when viewing a photo normally. However, it’s a huge advantage if you ever want to zoom into a photo and maintain clarity and detail.

The photo here is significantly zoomed in from the original and it’s much sharper than the iPhone’s photo below. 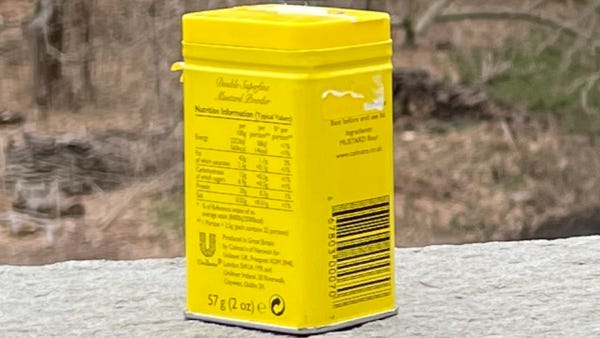 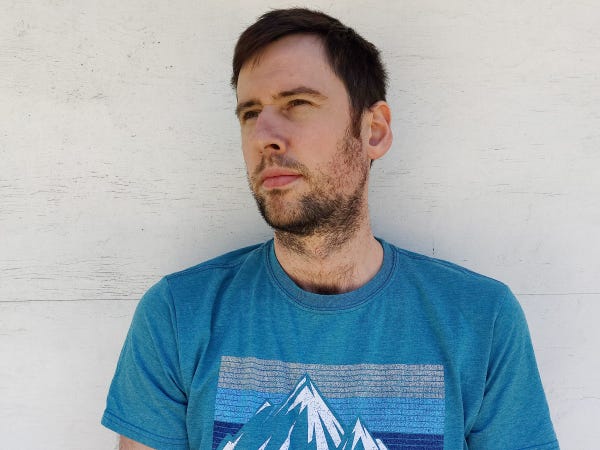 With that said, the t-shirt has some odd artifacts that don’t look natural and result in a grainy look. Notice that details on my head are also very sharp, which is a subjective thing. Personally, I’d rather it didn’t reveal absolutely everything on my face. 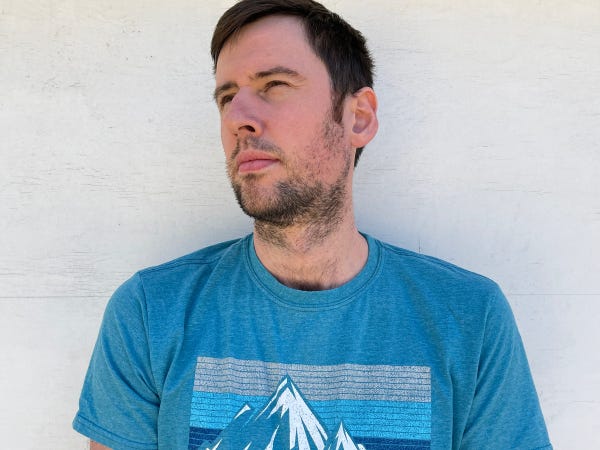 The iPhone’s photo gave me a sunburned look. While I have been soaking in the early spring sun, I wouldn’t say I spent that long outside. The iPhone’s photo is also less sharp overall, and it smooths out some of the finer details on my face, which I prefer. My t-shirt also looks more natural than it does in the OnePlus 9 Pro’s photo. 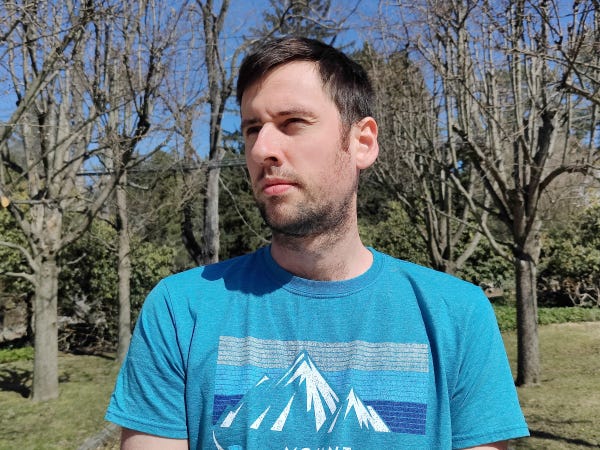 My photographer friend said he would also pick this photo over the iPhone’s for its less processed look. With that said, there’s some inconsistent detail between parts of my nose and my cheek. While the color is more natural, I’d still rather share the iPhone’s photo, if I had to. Plus, the OnePlus 9 Pro made my t-shirt look weird. 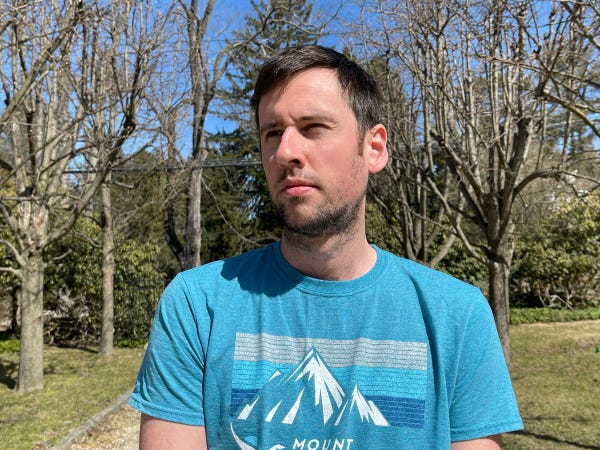 While my skin tone might be overly processed by the iPhone here, I’d still prefer this one to keep or share, as I look healthier and less pale from the winter’s hibernation. Plus, my t-shirt looks far more natural. 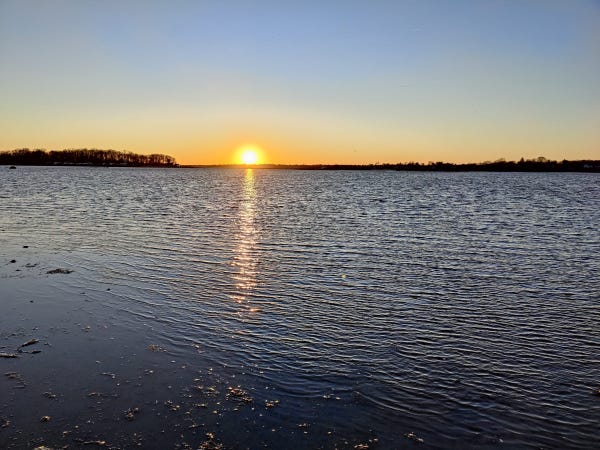 The OnePlus 9 Pro took a nice photo of this coastal scenery, and it’s pretty similar to the iPhone’s shot below. Still, there are some odd, very slight artifacts around the plane vapor trails towards the top center right of the photo that aren’t present on the iPhone’s photo. It’s a nitpick, but it does raise some eyebrows regarding the OnePlus 9 Pro’s camera quality. 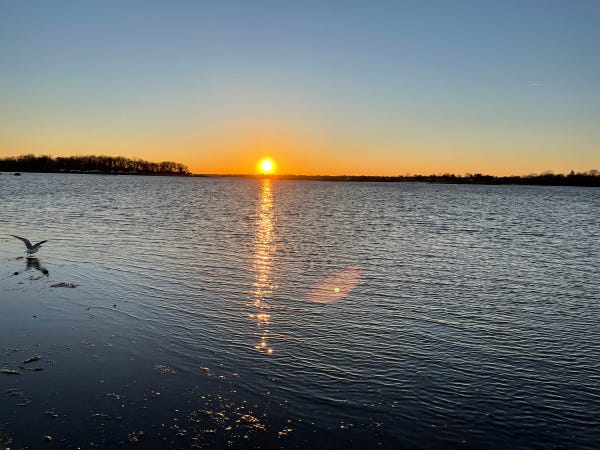 The sky’s color is a little richer on the iPhone’s photo, and you don’t get the strange artifacting on those plane vapor trails towards the top right. Still, the iPhone caught a bit of lens glare, which is a subjective preference. 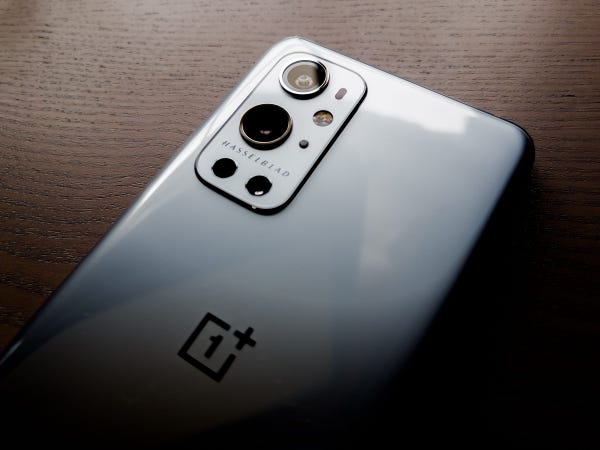 Based on this direct comparison between the OnePlus 9 Pro and our reference phone, we don’t recommend the OnePlus 9 Pro for simple point-and-shoot photos. If you just want to take photos without worrying about editing them afterwards, there are other phones that take more appealing pictures.

We’re not saying you should get the iPhone 12 or iPhone 12 Pro, either. Rather, we’re simply saying that the OnePlus 9 Pro doesn’t offer pleasing photos compared to the competition. We’ve taken several comparative photos with Samsung’s Galaxy S21 Ultra and Pixel 5, and our findings are the same — the OnePlus 9 Pro’s photos simply don’t look as good.

We haven’t fully tested the OnePlus 9 yet, so we’re refraining from making any judgement on that model here. However, we would expect similar issues, like excessively pale colors and cooler white balance.

You can purchase syndication rights to this story here.

Disclosure: This post is brought to you by the Insider Reviews team. We highlight products and services you might find interesting. If you buy them, we get a small share of the revenue from the sale from our commerce partners. We frequently receive products free of charge from manufacturers to test. This does not drive our decision as to whether or not a product is featured or recommended. We operate independently from our advertising sales team. We welcome your feedback. Email us at reviews@businessinsider.com.