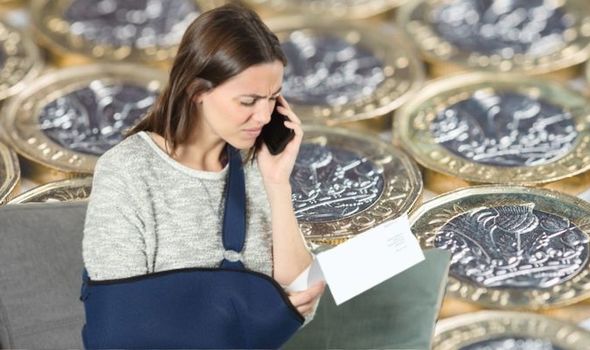 The DWP oversees a number of important benefits and payments that many people will need access to each month, including Universal Credit. Universal Credit has proved a lifeline over the last year and a half, especially for those who have seen their employment opportunities impacted by the pandemic. The benefit is intended to assist those who are out of work, unable to work, or who are on a low income – and millions of people will be claiming it across the country.

However, there are concerns that EU citizens may lose their ability to be able to receive benefits such as Universal Credit.

The Work Rights Centre (WRC), a charity dedicated to ending in-work poverty, told The Guardian DWP staff had informed them that EU and European Economic Area nationals will be required to upload a Home Office code to prove their right to reside in the UK before the month’s end.

A failure to do so online could mean individuals end up unable to access the system and the benefits to which they were previously entitled. But some may be unaware of the action they need to take.

Dr Dora-Olivia Vicol, the charity’s director, told the newspaper: “This is mass disentitlement waiting to happen.

“Many charities, including ours, warned a digital-only immigration status wouldn’t remove the pressure of having to prove your rights.”

Previously, the Work Rights Centre said the “litmus test” of EU Settlement Scheme success would be the ability of EU citizens to live and work normally from July 1, 2021.

At the time, Dr Vicol, said: “So much hinges on being able to work, support oneself and fight the stigma of benefits abuse.

“This affects your sense of self and your dignity.”

The Government explains via its website that a “share code” can help individuals prove their immigration status to others, for example, employers or landlords.

The immigration system in the UK is currently changing to become “digital by default” it has been explained, which is replacing physical documents people used in the past to prove their rights.

Citizens Advice has explained whether people will be able to get benefits if they are originally from the European Union.

They can usually be claimed by those who are from the EU, European Economic Area (EEA), or Switzerland, and the person concerned now lives in the UK.

However, it is likely these individuals will need to prove a number of different things with regards to their circumstances.

For example, they may need to provide evidence that they have settled status, or the right to clam benefits in the UK which is known as a “right to reside”.

Similarly, they could also have to show the UK, Ireland, Channel Islands or Isle of Man is their main home and that they have plans to stay, referred to as being “habitually resident”.

As Brexit was enacted, people originally from the EU living in the UK needed to apply for the EU Settlement Scheme. The deadline to do so was set as June 30, 2021.

If someone has made a late application and missed the deadline, they must have a good reason for doing so.

Individuals were also required to have arrived in the UK by December 31, 2020 in order to get pre-settled or settled status.

Citizens Advice encourage people to speak to an adviser from their nearest centre if they are not sure as to whether they can claim benefits or not.

A Government spokesperson said: “We continue to use every possible channel – including letters, telephone calls, texts, and the direct contact our frontline staff have with their customers – to encourage those who are eligible to apply to the EU settlement scheme.”

Express.co.uk has contacted the Department for Work and Pensions (DWP) for comment.