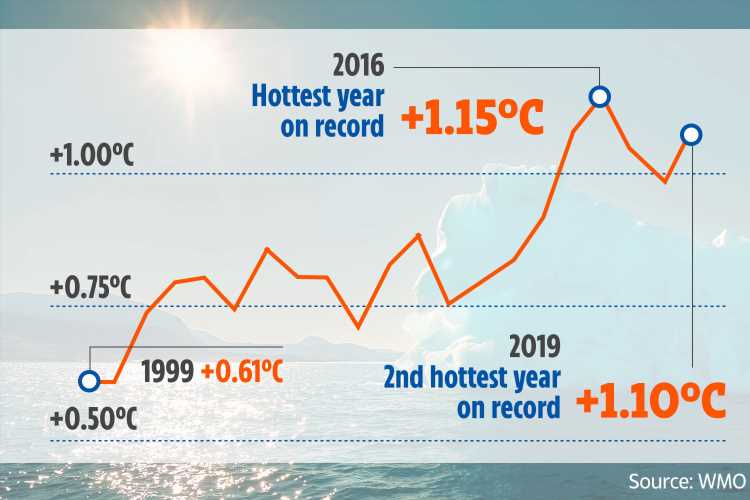 EARTH has officially passed the halfway point to a climate crisis that could see Earth hit by devastating heatwaves and rising sea levels.

A report from the World Meteorological Organisation (WMO) has confirmed that global average temperatures in 2019 reached 1.1C above pre-industrial levels. 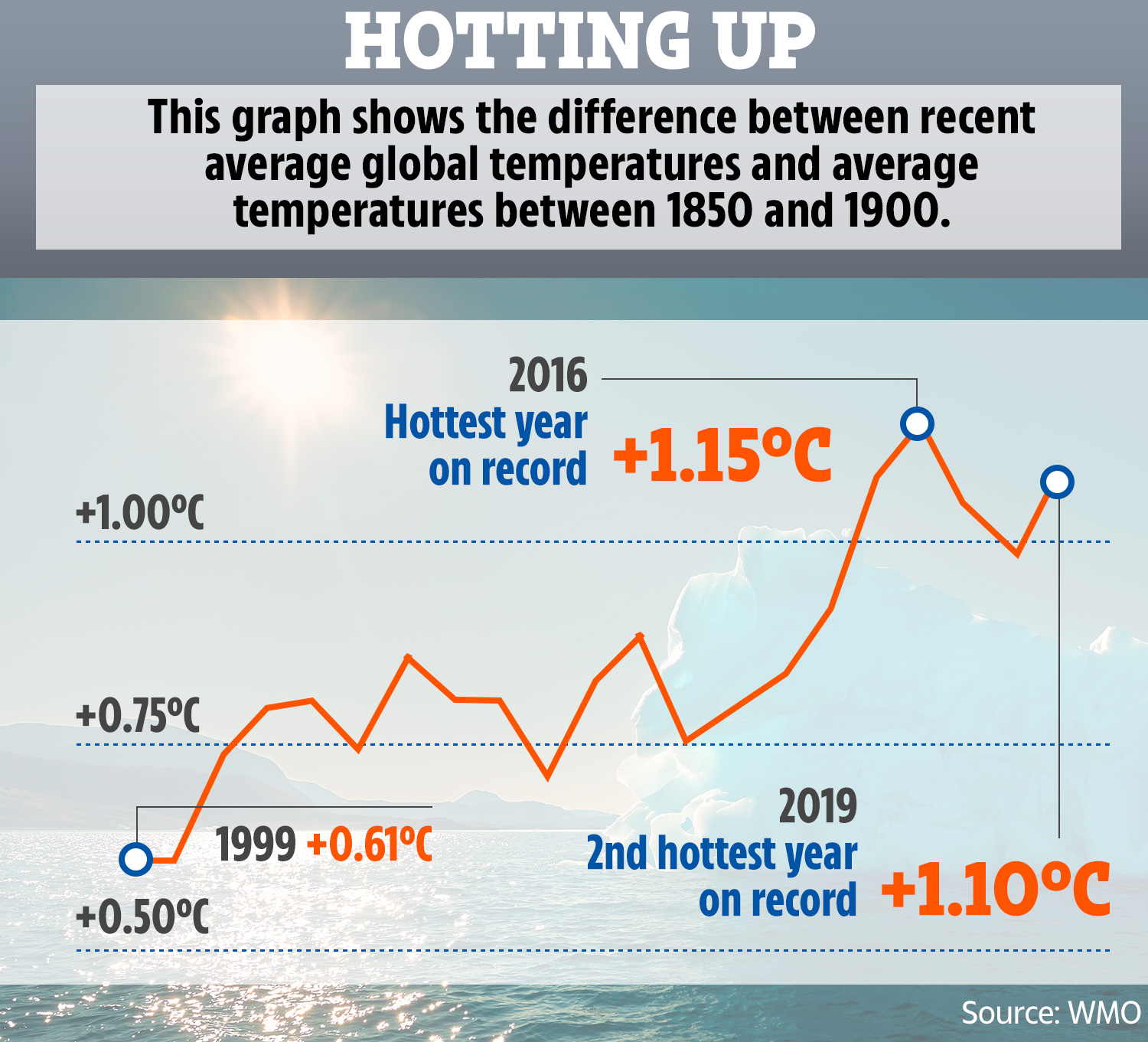 That means Earth is already more than 50 per cent of the way to the 2C limit agreed on by 195 nations in the 2015 Paris climate agreement.

The agreement set out that governments work towards limiting global warming to no more than 2C above pre-industrial levels by 2100.

Experts have warned of deadly consequences from sea level rise, heatwaves, drought and social unrest should the temperature rise above this.

In the new WMO report, UN experts said the world is "way off track" for meeting the Paris targets. 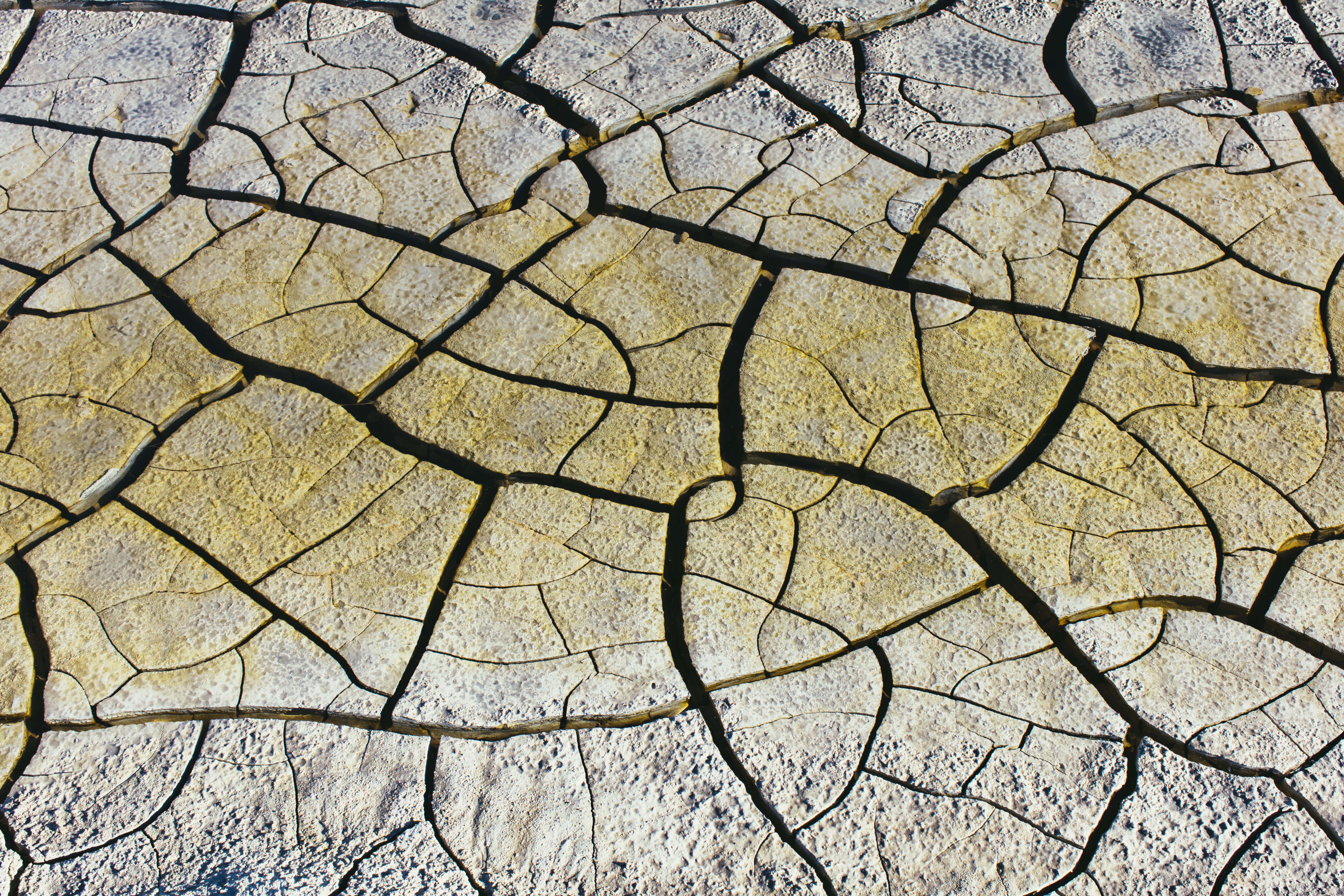 The report highlights 2019's increasing heat, accelerating sea level rises, and extreme weather – and the impact they have on people and wildlife.

Last year was the second hottest year on record, with a global average temperature of 1.1C above pre-industrial levels.

Each decade since the 1980s has been hotter than any preceding decade stretching back to 1850, according to the report.

The trends continue in 2020, with the report published in the wake of the hottest January on record globally.

Some parts of the northern hemisphere, including Europe, are experiencing an unusually warm winter.

This year countries are expected, under the international Paris Agreement on climate change, to increase their action to tackle greenhouse gas emissions.

It's hoped that this will prevent the worst impacts of global warming.

In a foreword to the report, UN secretary-general Antonio Guterres said: "We are currently way off track to meeting either the 1.5C or 2C targets that the Paris Agreement calls for.

"This report outlines the latest science and illustrates the urgency for far-reaching climate action." 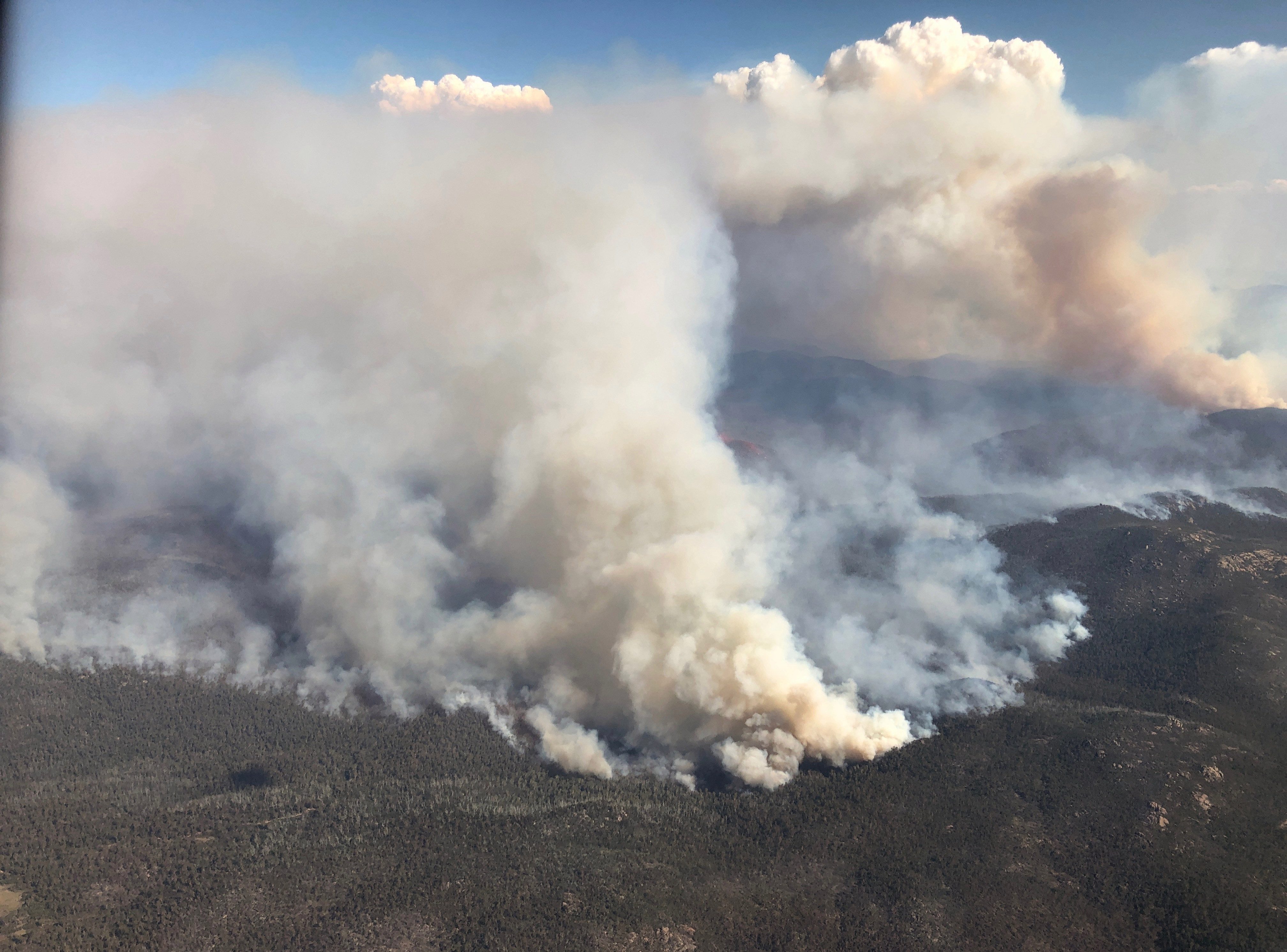 Prof Taalas said: "Given that greenhouse gas levels continue to increase, the warming will continue."

He added it was a matter of time before the world had a new record hot year – with predictions it will come within five years.

Alongside temperature increases, rainfall changes had a major impact on several countries and sea levels were rising at an increasing pace.

This exposed coastal areas and islands to a greater risk of flooding and submersion, he said.

Preliminary data indicate that greenhouse gas levels in the atmosphere continued to rise in 2019, and carbon emissions from global fossil fuels grew 0.6 per cent last year.

Here are the basic facts…

There were two major heatwaves in Europe, in June and July, with new national temperature records set in the UK, where the thermometer hit 38.7C.

Climatic changes mean dengue is spreading, with around half the world population now at risk of infection and a large increase in cases in 2019.

World hunger is on the rise again, and an estimated 22million people worldwide were forced to leave their homes by events such as floods and storms.

The contiguous US, excluding Alaska, Hawaii and other islands, experienced the highest 12-month rainfall on record from July 2018 to June 2019.

The country lost an estimated 20billion US dollars (£15 billion) from flooding last year. 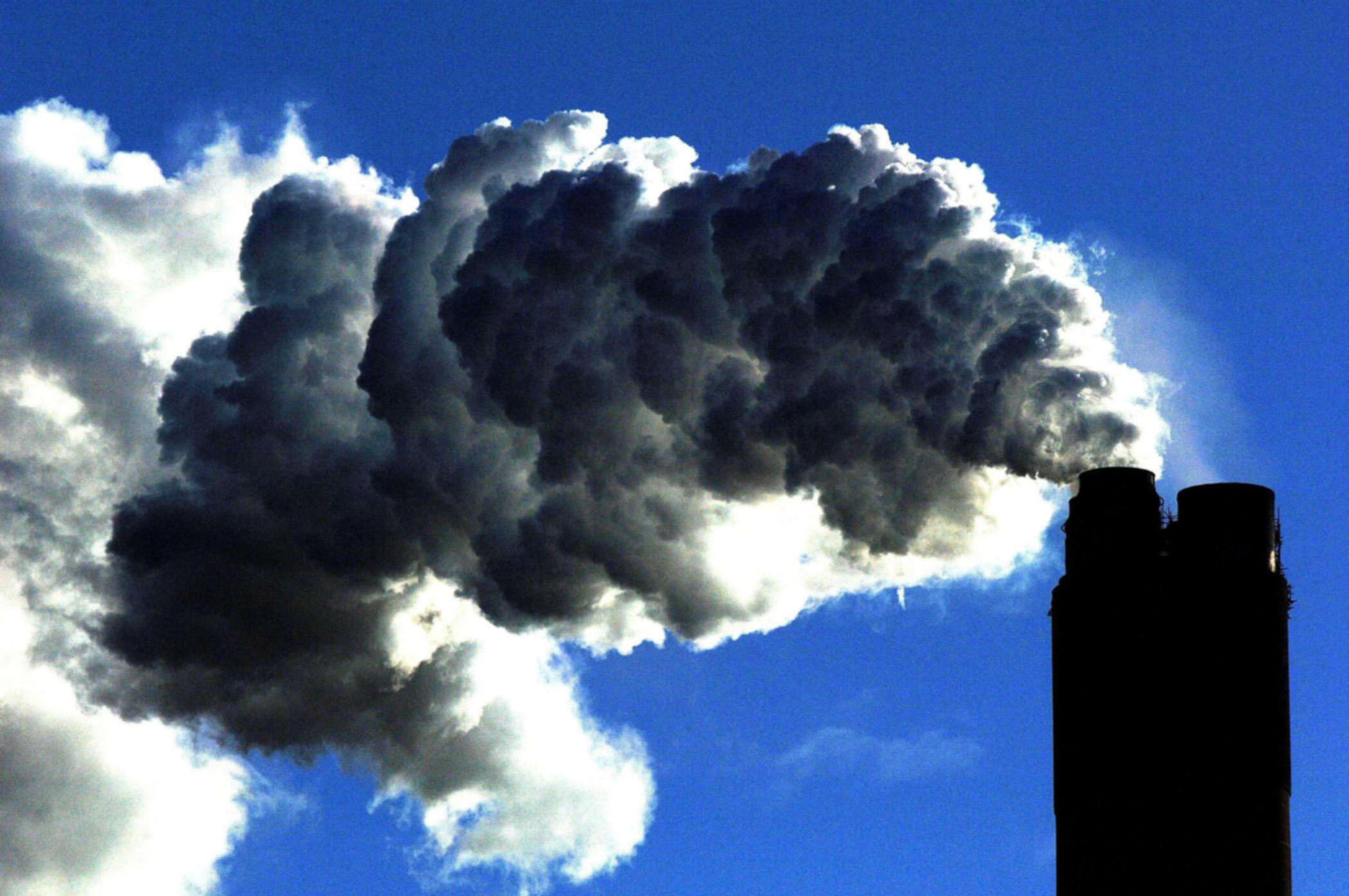 Drought or low rainfall hit many parts of the world, including Australia, which also saw its hottest year and hottest December on record and an exceptionally long and severe season of wildfires.

Some parts of the Arctic also burned – an extremely rare occurrence – and sea ice in the region continued to decline.

The Greenland ice sheet saw 329billion tonnes of ice loss in 2019, well above the average for recent years, and glaciers continue to melt.

Sea levels were at record highs in 2019, and at least 84 per cent of the oceans experienced at least one marine heatwave.

Warming ocean temperatures, along with more acidic water and lower oxygen levels, are having an impact on marine wildlife and habitats such as coral, the report said.

In other news, scientists warned earlier this month that half of the world’s beaches will vanish by 2100 due to climate change.

Soaring temperatures in Antarctica have resulted in a never-before-seen island emerging from the ocean.

And, extreme sea level rises that happened over 100,000 years ago due to climate change could happen again, according to a new study.

Are you concerned about climate change? Let us know in the comments…