The 2021 Jeep Wrangler Rubicon 392 is the most powerful Wrangler ever. Fox News Autos Editor Gary Gastelu took the V8-powered truck to the Monticello Motor Club to see what it can do.

It looks like the Jeep Wrangler is going electric … again. 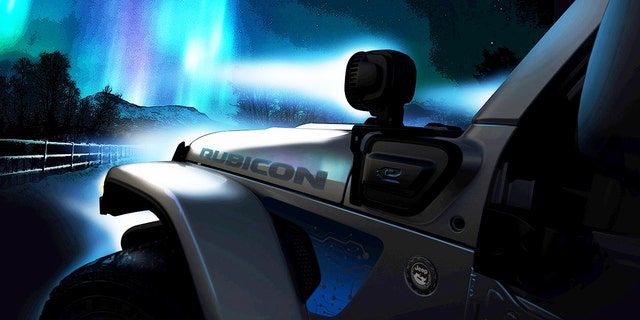 As a follow-up to the battery-powered Wrangler Magneto concept revealed this spring, Stellantis’ Mopar parts division is teasing the upcoming reveal of what appears to be an electric Wrangler Rubicon.

A sketch showing part of the vehicle was one of several released ahead of November’s SEMA Show in Las Vegas, where automakers display concept vehicles and new after-sale parts. 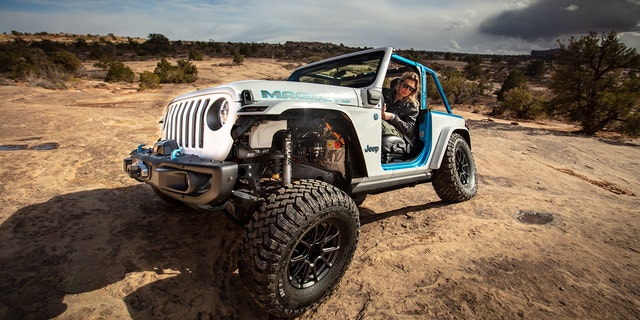 The Wrangler Magneto was revealed at the 2021 Easter Jeep Safari.
(Jeep)

A charging port on the front cowl can be seen that is marked with an E shaped like a plug, just as the Magneto’s was. The one on the production plug-in hybrid Wrangler 4xe is blank, so having the letter there is an indication that the vehicle is all-electric, as is the circuit board-style pattern on the front fender vent. 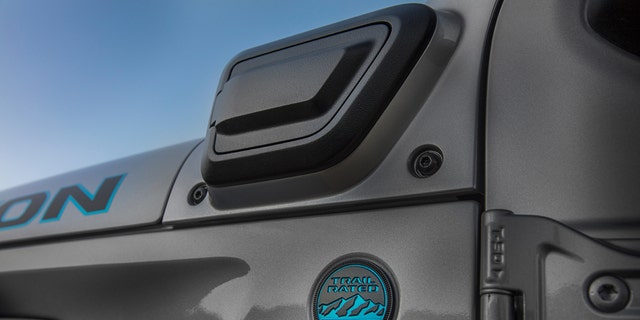 Jeep has promised to have a fully-electric version of each of its models on sale by 2025. 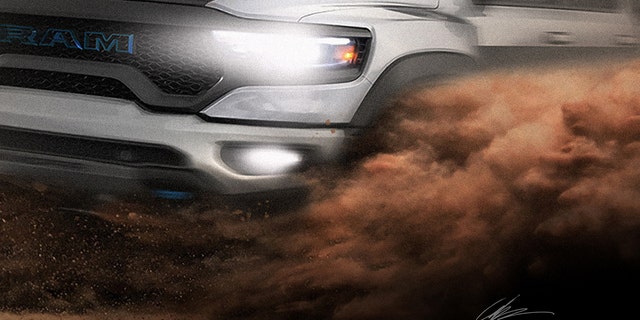 This truck could be an electrified Ram TRX.
(Mopar)

Another of the images depicts what looks like a Ram 1500 TRX high performance truck wearing the blue trim used on Stellantis’ plug-in hybrid models, like the upcoming Jeep Grand Cherokee 4xe and Chrysler Pacifica.

The 4xe powertrain shared by the Grand Cherokee and Wrangler is rated at 375 hp and 470 lb-ft of torque, which puts it on par with Ram’s 5.7-liter V8 and would lend itself to a performance truck. 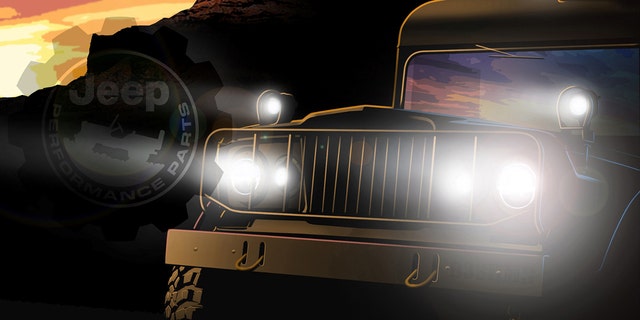 Mopar also included a drawing of a classic Jeep Gladiator or M715 military truck with a Jeep Performance Parts watermark on it that could mean they’ve restored an old truck with new gear or converted a new Jeep Gladiator to make it look old.

We’ll know exactly what’s going on will all of these vehicles soon as the SEMA Show is scheduled to open on Nov. 2.