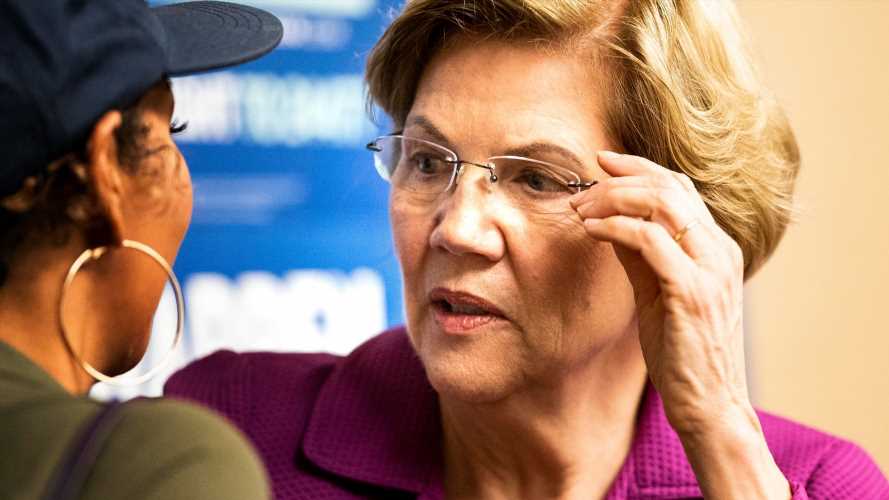 Sen. Elizabeth Warren (D-Mass.) on Thursday issued a new call for action from both the president and Congress to combat the coronavirus pandemic.

Warren, who suspended her presidential candidacy last week, had during her campaign laid out a detailed agenda that included public health measures to deal with the disease itself as well as measures to boost the economy and help people affected by the crisis in one way or another.

The most recent iteration, a plan she released early last week, was a proposal for $400 billion in new spending that included aid to safety net providers, paid sick leave, and a broad stimulus package.

The agenda was meant, in part, to showcase her abilities as a potential president. But even with that bid over, Warren remains an influential senator and, with this newly revised call to action, she hopes to influence fellow members of Congress who are hastily putting together emergency legislation, and even the White House.

Warren also is still somebody with power to shape the presidential campaign. The new agenda includes one item that looks a lot like a message to former Vice President Joe Biden, front-runner for the Democratic nomination, about who he might be contemplating as members of a future administration.

What Warren Is Proposing Now

The most urgent items on Warren’s coronavirus agenda, which aides shared with HuffPost prior to its announcement, are for quick executive action to ramp up the federal government’s public health efforts.

That includes making sure money from last week’s emergency spending package reaches public health authorities right away, so that they can “rapidly stand up testing capacity nationwide.”

In addition, Warren wants President Donald Trump to make an official disaster declaration under what’s known as the Stafford Act, which would immediately make money available to local and state agencies and clear away some bureaucratic restraints on action. Trump has resisted calls to do that, according to Politico, because he fears it would undermine his attempts to claim that the outbreak is under control and no worse than the flu.

Public health experts are more alarmed, in part because they fear a surge in patients with COVID-19 infections will overwhelm health care systems, creating shortages of intensive care beds, ventilators and personnel ― something that  reportedly is already happening in Italy and forcing harrowing choices over who gets treatment and who doesn’t.

To prevent that from occurring here, Warren thinks the administration should direct hospitals in affected regions to delay or cancel elective surgeries. She also wants the administration to explore ways of ramping up ventilator production, whether by guaranteeing purchases in advance from existing manufacturers or working with the Defense Department to identify new ones and then signing contracts.

To help the economy and the inevitably large numbers of people who will lose jobs as activity slows, Warren is renewing her calls for paid leave, enhanced unemployment benefits and funding to safety net providers. Legislation that House Democrats formally introduced Thursday and hope to pass includes many of these measures.

But Warren wants Congress to do more, now that the full scope of the crisis is coming into view.

For that reason, she is proposing several additional steps, including a call for student debt cancellation like she proposed during her campaign and a $200 monthly increase in Social Security benefits, which by helping the elderly and physically disabled would target groups especially threatened by coronavirus.

Not all of the steps in her new agenda are strictly short term. Warren is proposing an investment of $200 billion in vaccine research and development over the coming years.

The features together would bring her package to around $750 billion, a sum that would have seemed eye-popping to many just a few weeks ago. But interest rates have plummeted, which most economists would say make this the ideal time to borrow large sums of money, especially for the sake of addressing a public health and economic crisis.

The last item in Warren’s new agenda is about personnel. She says the large number of former financial industry figures in the Trump administration helps explain why its proposed economic responses to the coronavirus pandemic have focused so heavily on helping industries and not workers who might be suffering.

But a conspicuously worded passage in her new message, to be released on her political social media channels, says that past Democratic administrations, like Republican ones, have leaned too heavily on Wall Street veterans to provide policy advice ― and says “let’s hope it’s the last time.”

Earlier this week, Axios reported that Biden aides thinking ahead to staff for a future administration were contemplating Jamie Dimon, the chair and CEO of JPMorgan Chase, as well as Anne Finucane, vice chair of Bank of America.

Although Warren was on the list, too, the inclusion of the bank executives drew sharp rebukes from progressives who have long worried that Biden was too close to the financial industry.