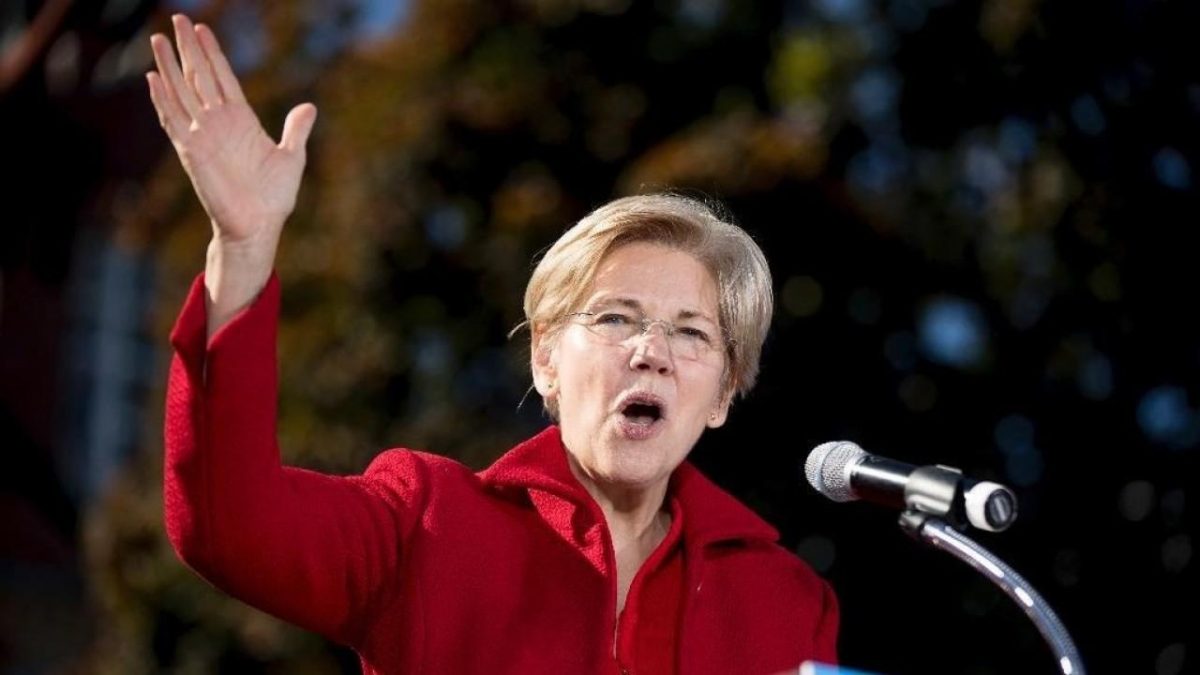 Elizabeth Warren, facing mounting pressure from the progressive flank of the Democratic Party, ended her presidential campaign on Thursday, after a dismal Super Tuesday performance in which she placed no higher than third in 14 nomination contests, including in her home state, Massachusetts.

The decision comes as the primary field, which once featured two dozen candidates, has winnowed down to a two-man race between Vermont Sen. Bernie Sanders, 78, and former Vice President Joe Biden, 77. It's unclear whether Warren intends to endorse either candidate, both of whom have spoken with Warren since Super Tuesday ended.

"I may not be in the race for President in 2020, but this fight—our fight—is not over. And our place in this fight has not ended," Warren wrote in an email to staffers. She continued: "And sure, the fight may take a new form, but I will be in that fight, and I want you in this fight with me. We will persist."

It also follows similar moves by Pete Buttigieg, Amy Klobuchar and Mike Bloomberg, who exited the race earlier this week and rallied behind Biden, creating a formidable moderate opponent who can compete against Sanders and his grassroots juggernaut.

Critics have openly worried that Warren's presence in the race has cannibalized support for Sanders and have pushed her to drop out before a new round of contests over the next two Tuesdays, when 10 more states will vote and award an additional 900 delegates.

The announcement ends a year of campaigning for the Massachusetts senator, who branded herself as a progressive fighter with a slew of plans to fix a broken and corrupt system.

Although her polling numbers began to climb over the summer and into the fall — at one point Warren emerged as a frontrunner amid a pack of two dozen contenders, despite shying away from direct attacks with rivals during debates — she faced scrutiny from all sides over her vagueness on how she would pay for Medicare-for-all. She responded by outlining a detailed plan at the beginning of November outlining how she would fund the sprawling, $20.5 trillion proposal.

But when Warren began to fade in polls, she released a single-system transition-plan, sowing doubts about her dedication to universal health care among some progressives, who shifted their support to Sanders.

Although she continued to erode in the polls and ultimately never placed higher than third place in a nominating contest, including a stunning loss of her own home state, Massachusetts, to Biden, Warren effectively demolished Bloomberg's presidential hopes during the ninth debate in Las Vegas.

Warren delivered a scathing takedown of the 78-year-old billionaire, who spent more than $500 million on his nascent campaign, in his first debate appearance — which many credited to effectively driving the centrist out of the election.

"I'd like to talk about who we're running against: a billionaire who calls women 'fat broads' and 'horse-faced lesbians,'" she said at the time. "And no, I'm not talking about Donald Trump, I'm talking about Mayor Bloomberg."

After disappointing finishes in Iowa and New Hampshire, which saw her place third and fourth, respectively, Warren also abandoned her non-aggression pact with Sanders, clashing with the self-avowed democratic socialist over the fraught question of whether a woman can be president.

As Sanders and Warren supporters traded fresh barbs on social media, a wide coalition of 18 grassroots progressive groups, some backing Sanders and some backing Warren, joined together to call for a truce between the two senators and their allies.

WHAT BLOOMBERG'S MASSIVE CAMPAIGN SPENDING WOULD COST THE AVERAGE AMERICAN

For days, the progressive senators feuded over what was said at a private meeting in Washington, D.C., a little over a year ago. Warren contends that Sanders told her a woman could not win the presidency; Sanders has vehemently denied the account. Neither candidate spoke publicly about the dispute. But in an extraordinary exchange caught on a CNN microphone at the end of Tuesday’s debate, Sanders and Warren both accused each other of calling the other a “liar.”

During the Charleston debate, Warren went after Sanders again, positioning herself as the candidate most likely to get a progressive agenda passed.

But it was too late by then: Sanders, fresh off back-to-back victories in New Hampshire and Nevada, had secured a dominant position.

THE 2020 CANDIDATE THAT WALL STREET WANTS TO WIN

Lackluster results on Tuesday's primaries solidified Warren's decision to exit the race: Her campaign said on Wednesday that it was "assessing" a path forward.

"Last night, we fell well short of viability goals and projections, and we are disappointed in the results,” her campaign manager, Roger Lau, said in an email to staffers. “We’re still waiting for more results to come in to get a better sense of the final delegate math. And we also all know the race has been extremely volatile in recent weeks and days with front-runners changing at a pretty rapid pace.”