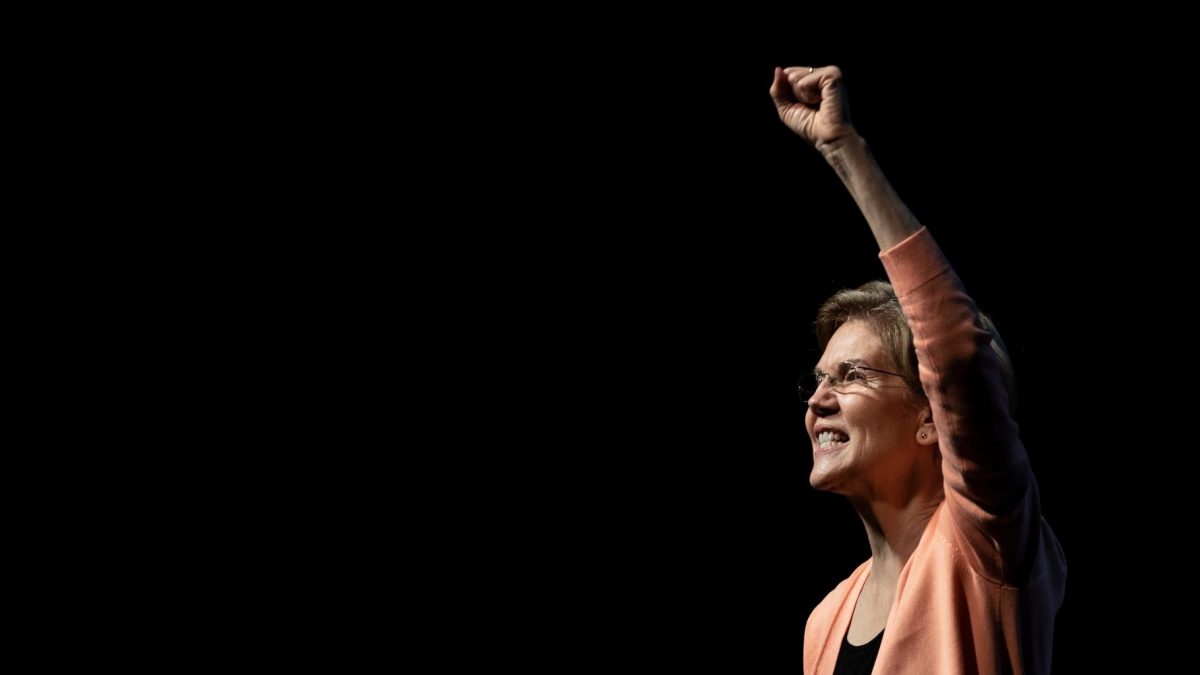 The two most influential scholars of economic inequality in the past 50 years are a French economist named Thomas Piketty and a former Harvard law professor named Elizabeth Warren. Piketty’s work revolutionized the way we think about capitalism; Warren’s research transformed the way we think about the economic pressures facing middle-class families. Her bankruptcy scholarship from the 1980s through the 2000s didn’t just resonate with those reading law reviews and economic journals. It took Washington. Chuck Schumer was stunned to read Warren’s work indicating that middle class incomes were actually declining during what had seemed like boom years at the turn of the millennium. She had discovered, he said, “the greatest crisis in America.”

Warren could have contented herself with a comfortable life writing books as a celebrated intellectual. She pursued power instead.

Most academics who come to Washington leverage their prestige to ingratiate themselves with the elite. They write briefs and studies and op-eds that, consciously or not, flatter the sensibilities of the rich and powerful.

Warren was different. She showed up in D.C. in 2009 as the chair of a panel overseeing the bank bailouts. The panel was essentially toothless ― something created to mollify critics without limiting the Treasury Department’s ability to do what it wanted with the $700 billion Congress had allotted the financial rescue. Warren could have easily secured a place for herself in Democratic Party politics by playing nice and not looking too hard at the people in power.

Instead, she converted the oversight committee into a bracing exposé of abuse and incompetence, enraging the Obama administration and educating the public. Warren demonstrated the lengths that Obama’s Treasury Department would go to in order to help rogue bankers, efforts that included throwing millions of struggling homeowners to the wolves. Somehow, this performance vaulted her into the Senate, and from the Senate to, for a few weeks this fall, a position as the front-runner for the 2020 Democratic presidential nomination.

On Thursday, Warren formally withdrew from the primary, after a disappointing showing in early states. But like her career prior to Washington, the significance of Warren’s campaign can’t really be measured quantitatively. Warren has changed the way we think about our politics in ways many Americans don’t even realize. The horizon of possibilities is wider and a bit brighter as a result of her run, and ideas that once seemed like hippie pipe dreams are now the serious subject of policy discussion. Even self-proclaimed moderates and centrists now define themselves on her terms ― they are moderate because they don’t want to do what Elizabeth Warren has proposed.

When Piketty published ”Capital in the Twenty-First Century,” he closed the book with a call for a new tax, not on income, but on accumulated fortunes. Only this ambitious new effort to corral the rich, he insisted, and could reverse the grim expansion of economic inequality under capitalism.

In Washington, this policy advice was regarded as the book’s principal flaw. A wealth tax was silly. It could never happen. It was the sort of thing a very smart but impractical academic might propose. No Democrat in Congress wrote any legislation pursuing Piketty’s idea. Nobody even assigned staff to investigate the idea further.

Until Warren ran for president. Working with Piketty disciples Emmanuel Saez and Gabriel Zucman at the University of California, Berkeley, Warren put together a detailed, ambitious plan to tax the fortunes of billionaires and ultra-millionaires. By imposing a small annual tax on these hoards of wealth ― just two cents for every dollar over $50 million, as Warren is fond of emphasizing ― this new tax would raise billions in revenue for the federal government and, most important of all, take a sledgehammer to inequality.

This was a new idea in Washington. Ever since the administration of John F. Kennedy, taxation had been understood exclusively as a way to fund the government. Warren was offering taxation as a cure for inequality, not because the government is broke, but because inequality is bad.

And people loved it. According to one New York Times poll, a full two-thirds of the country supports Warren’s wealth tax. Even most millionaires support it, according to a CNBC survey.

Warren pitched these ideas with the moral clarity of a Methodist preacher. “The fight for justice will never be over,” she told thousands of rallygoers in Atlanta. “With every win, a bigger win stands just around the corner. With every inch we take on the moral arc of justice, we make an extra mile possible.”

In Warren’s telling, her plans seemed not only possible, but necessary. She didn’t shy away from unpleasant truths. The government, she said, had been corrupted by big money, and Republicans weren’t the only crooks in Washington. But change would have to begin within the Democratic Party, and she was ready to change it.

Sen. Bernie Sanders (I-Vt.) is running an honorable campaign premised on many of the same foundations on which Warren built hers. But for all his commitment to principle, Sanders simply does not carry the same intellectual gravitas that Warren does. Despite his talk of revolution, Sanders is always looking to the past. He wants to revive the best ideas of former presidents — Franklin Delano Roosevelt’s New Deal and Lyndon B. Johnson’s Great Society. His proposals are all ideas that FDR and LBJ had before, expanded or modified to meet our moment. He is a politician, and a good one, but Warren is something else ― a once-in-a-generation figure like John Maynard Keynes or John Kenneth Galbraith who can rewrite conventional wisdom and then walk the corridors of power putting new ideas in practice.

And so many of Sanders’ most promising policies are essentially Warren plans turned up a notch. His wealth tax is heavier, and he’d cancel all student debt, not just 75% of it. Imitation is the sincerest form of flattery, but consensus is the best path to progress. When Warren and Sanders appeared on the debate stage together before of millions of Americans, it was their ideas that seemed reasonable and practical, not the tut-tutting of centrist after centrist who collapsed long before the Iowa caucuses.

Elizabeth Warren will not be the next president of the United States, but her work is not done. Our politics and our planet are still in peril. We are fortunate to have her in the fight for the future.