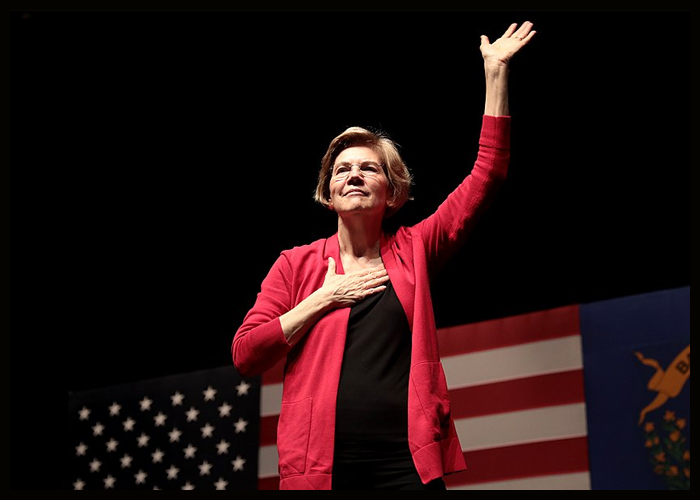 Congresswoman Tulsi Gabbard, D-Hawaii, also remains in the race but has not performed well in the primaries and is not expected to qualify for the next Democratic debate on March 15th.

The move by Warren came after she failed to win a single state in the Super Tuesday contests, which included a disappointing third place finish in her home state of Massachusetts.

The Massachusetts Senator initially revealed the news in a call with her campaign staff, thanking them for all their hard work.

“I know that when we set out, this was not what you ever wanted to hear. It is not the call I ever wanted to make. But I refuse to let disappointment blind me — or you — to what we’ve accomplished,” Warren said.

“We didn’t reach our goal, but what we have done together — what you have done — has made a lasting difference,” she added. “It’s not the scale of the difference we wanted to make, but it matters — and the changes will have ripples for years to come.”

However, Warren did not announce an endorsement of either Biden or Sanders, indicating that she would take her time to think about which candidate to throw her support behind.

Warren is seen as ideologically closer to Sanders but could still endorse Biden, who most in the Democratic establishment think has a better chance of beating President Donald Trump.

Trump lashed out at Warren following the news, accusing the senator of costing Sanders the chance to win several Super Tuesday states by partially splitting the more progressive vote.

“Elizabeth ‘Pocahontas’ Warren, who was going nowhere except into Mini Mike’s head, just dropped out of the Democrat Primary…THREE DAYS TOO LATE,” Trump said on Twitter, using a slur he usually attaches to Warren due to her claims of Native American ancestry.

The president added, “She cost Crazy Bernie, at least, Massachusetts, Minnesota and Texas. Probably cost him the nomination! Came in third in Mass.”

Meanwhile, Sanders and Biden both offered high praise for Warren as they seek to earn what could be a pivotal endorsement in what is likely to be a close race for the Democratic nomination.