Jenna McDonald, a financially strapped carer who is battling her own medical issues, says Alinta Energy shamed and embarrassed her then threatened to disconnect her after she missed a payment on her plan.

Another customer, a single mother with an autistic daughter grieving the death of her brother, said she felt humiliated and ridiculed after she rang up Alinta to sort out a late payment after being threatened with disconnection unless she spoke to a financial counsellor. 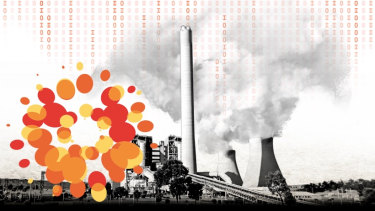 "I rang Alinta and the person on the line knew my financial situation and that I wasn’t paying on time and told me about the company’s pay on time plan. I was told it was for my own good, then laughed then hung up on me," she said.

According to the Consumer Action Law Centre (CALC), which takes the majority of calls to the National Debt Helpline in Victoria, Alinta has been telling customers struggling to pay their bills that they must speak to a financial counsellor before they will provide hardship arrangements. They are given a short window of 13 days in some cases, or face being disconnected.

The pressure is causing huge stress for some. "I felt embarrassed and ashamed and I didn’t want to speak to a financial counsellor because I could work it out but I knew I had better do what they said or my electricity would be cut off," Ms McDonald said.

In a statement, Alinta said after an initial review of both cases it was concerned that aspects of the customer interaction "do not align with our policy".

Given financial counsellors are a free community service and in high demand and short supply, it can sometimes take six to eight weeks to see someone, which makes it problematic for Alinta customers.

Alinta’s treatment of some of these customers is potentially in breach of the Energy Retail Code and the Essential Service Commission’s (ESC) energy compliance and enforcement policy, specifically the part relating to payment difficulties.

'I felt embarrassed and ashamed … but I knew I had better do what they said or my electricity would be cut off.'

It has resulted in a number of complaints being lodged to the ESC and the Energy and Water Ombudsman.

In one letter to the commission, dated February 24, CALC says "We hope the ESC can take action to ensure that Alinta is held to account for any breaches in this situation and to discourage the systemic issues with their conduct that we are seeing, particularly in relation to referrals to our services as a condition of assessing entitlements." 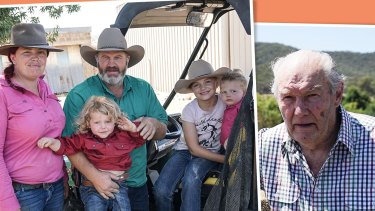 Other states, including Queensland and NSW, have also noted a recent spike in the number of Alinta customers contacting financial counsellors for help.

Victorian-based financial counsellor Sarah Brown-Shaw likens it to Alinta outsourcing a core component of its business.

"A for profit company like Alinta needs to have discussions with their customers about payment plans instead of forcing them to speak to us, particularly when some of them don’t want to," she said.

It was a sentiment echoed by Financial Counselling Australia boss Fiona Guthrie, who said "financial counsellors are always really happy to take referrals from industry, but they need to be appropriate referrals. An energy retailer has an obligation to assess a customer's request for hardship in the first instance, not outsource it. Inappropriate referrals just stretch already stretched community sector resources."

A spokesman for the ESC said the regulator "takes seriously any breaches of our energy rules, including rules aimed at protecting customers experiencing payment difficulties. Energy companies found in breach of these rules will face potential enforcement action. We confirm that Consumer Action Law Centre has referred complaints to us and we are looking into it."

CALC director of policy and campaigns Katherine Temple said a large proportion of people who contacted the helpline and were on Alinta payment plans failed to meet them because they weren’t affordable in the first place.

"We have spoken to Alinta about the issue but have failed to see any genuine attempt to fix the situation," she said.

Alinta said in a statement said its hardship program was managed in Australia and delivered from the Philippines as part of a process established in May 2019.

It said industry statistics indicate that customers on hardship programs were at an all-time high, "which is a factor in our increased activity. Our expectation is for these trends to continue across the industry". It said it encouraged people to get support and contact free financial counselling services "because we feel they have the expertise required to help".

It said if CALC and Financial Counselling Australia were unable to continue providing these services, it may require a whole-of-sector and government response and Alinta would be happy to participate.

"It is important that customers in hardship continue to receive this sort of support, so we do not have any plans to stop referring customers to community support services," Alinta said.

It isn’t the first time Alinta has been in the regulator’s sights. In 2018 the energy company was fined $300,000 by the ESC for allegedly transferring customers without their consent.

The ESC will also commence an audit of Alinta Energy this month.

Other heavy handed tactics being looked at include the issuing of a bankruptcy notice to a dairy farming family who missed a $2000 payment on an electricity bill.

Alinta is also facing an inquiry by the Office of the Australian Information Commissioner, which regulates the Australian Privacy Act, on the back of a joint media investigation by The Age, The Sydney Morning Herald and ABC’s 7.30 that exposed gaping holes in how Alinta protects the personal information of its 1.1 million customers.

A series of Alinta documents leaked by a whistleblower show that almost three years after then-treasurer Scott Morrison approved the company's sale to Chinese-owned Chow Tai Fook on advice from the Foreign Investment Review Board (FIRB), the company’s privacy systems remain inadequate.

One internal document said Alinta "may not be adequately protecting personal information" and at times "doesn’t meet the requirements of privacy laws".

Since the takeover in 2017, Alinta has been aggressively signing up new customers, more recently signing up 1000 a day. It seems as customer numbers surged, so did complaints.