The chief executive of national footwear retailer Accent Group has said he had no choice but to cut hours and stand down staff after running out of the $10 million in excess JobKeeper funds set aside to support staff during future lockdowns.

Accent Group, which operates brands such as Platypus, Hype, and Skechers, told its full-time employees yesterday they would be either stood down without pay or put on 15 hours per week to fulfil online orders until lockdowns in Sydney, Melbourne and Adelaide ended. 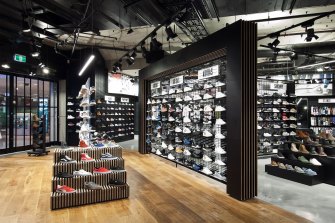 Footwear seller Accent Group has stood down staff after running out of excess JobKeeper funds.

In a note to staff, seen by The Age and The Sydney Morning Herald, the company said it had “no choice” and the JobKeeper program had “expired” and it was not in a position to keep paying workers.

Accent received almost $25 million in JobKeeper payments in the first half of the 2021 financial year, in which it reported a record $52.8 million net profit and paid an 8 cent per share dividend.

At least $9.6 million in JobKeeper payments were deemed a direct benefit to the business, which the company did not pay back to the government, instead saying it would keep the funds in case of future lockdowns.

“We’ve completely finished using JobKeeper,” he said. “We’ve kept our team employed the whole way through right up until now. There is no JobKeeper left, full stop. Zero,” chief executive Daniel Agostinelli told The Age and The Sydney Morning Herald

“[We supported staff through] all the lockdowns since we reported, of which there’s been about six or seven. Every single person has been paid but now that won’t continue because there is no JobKeeper left.”

Mr Agostinelli said it wasn’t feasible for the company to pay staff’s wages without JobKeeper support as there was currently no trade at his stores, believing it was time for the federal government to step in and reintroduce JobKeeper to help in situations such as this.

Those who are stood down have access to the government’s disaster payment, Mr Agostinelli said. Accent operates more than 500 stores across the country and employs around 5000 workers. Shares have more than doubled in the past year, with the retailer now worth nearly $1.5 billion. 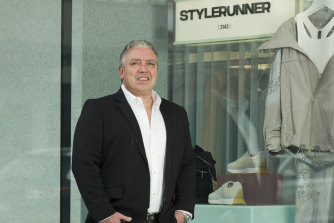 Premier was a major recipient of JobKeeper, claiming nearly $20 million over the first half of fiscal 2021, however it paid $15.6 million back to the government after a strong trading performance. The company had initially said it too would hold on to the funds to support staff.

A number of companies repaid some or all of their JobKeeper subsidies earlier this year after reporting better-than-expected results over the pandemic, however, the recent wave of lockdowns has put fresh pressure on some operators.

One company that repaid Jobkeeper, Peter Warren Automotive, said it had no regrets handing back its $13.3 million share of the subsidy. “Peter Warren took the view that a business of our size has to be strong enough to withstand ups and downs. We’re happy with our decision to have returned JobKeeper,” a spokesperson said.

“Last year, [Accent] posted their biggest profits ever, leaving them with so much cash that they’ve been buying up competitors like Next Athleisure and Glue Store,” he said.

“When they refused to repay JobKeeper, they said they’d use it to keep their staff in future lockdowns. Now that we’re in another lockdown, Accent Group should put a small chunk of its motza profits towards keeping its workforce.“