Federal law enforcement agencies in the Biden administration are reportedly purchasing surveillance drones from China that have previously been labeled a potential national security threat by the Pentagon.

The U.S. Secret Service and the Federal Bureau of Investigation have recently acquired surveillance drones from the Shenzhen-based company DJI, around the same time the Defense Department deemed products from the Chinese company to be a potential national security threat, according to an Axios report.

“The American people especially need to look at what this administration does, and not what they say, because they are clearly full of it if they don’t stop this illegal activity immediately,” Velicovich told “Fox & Friends.”

Velicovich argued that the purchase of Chinese-made drones is not only hypocritical to the Biden administration’s stance on reducing America’s reliance on technology, but it was also made illegal by the Department of Justice in 2019 when specific legislation was passed banning the purchase of drones and components made in China.

The former military intelligence analyst added that there is “no denying at this point that this technology poses a national security risk.”

“I mean, the cybersecurity vulnerabilities are very, very well documented. The Biden administration has even come out and made dramatic unprecedented statements saying that the tech poses a national security risk,” he said.

Around the same time, records show that the FBI bought 19 drones from DJI.

DJI is one of the most popular drone manufacturers in the industry, and the company requires those who purchase their products to download proprietary software and provide to users their own mapping databases that have the potential to be monitored remotely. 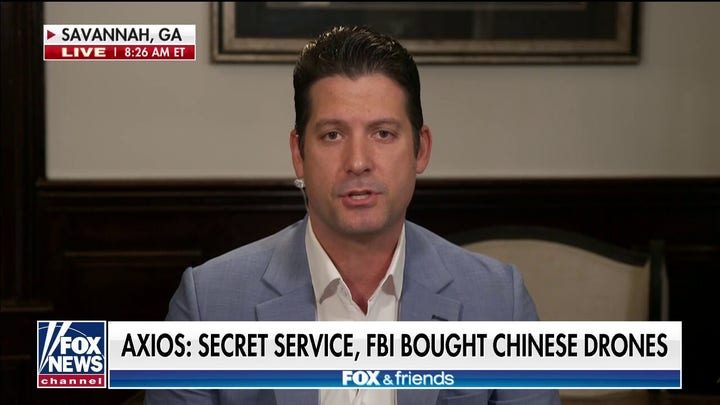 Velicovich pushed back further saying that the purchase of Chinese drones “tests” the Biden administration’s “stance on human rights issues.” Furthermore, Velicovich said a questionable specific drone entity company was put on economic blacklist for their support for the Chinese government’s human rights abuses against the Uyghurs for “malicious use of their technology.”

“So, I’m just scratching my head, Steve, trying to understand why they would risk purchasing these drones unless they were using them for target practice or something like that,” he said.