Fox News Flash top entertainment and celebrity headlines are here. Check out what clicked this week in entertainment.

The Sky Sports F1 commentator was walking the grid before the race during a live broadcast simulcast on ABC, interviewing team members and notable personalities as he does at every event, when he came across Megan Thee Stallion and her group of bodyguards checking out the scene. 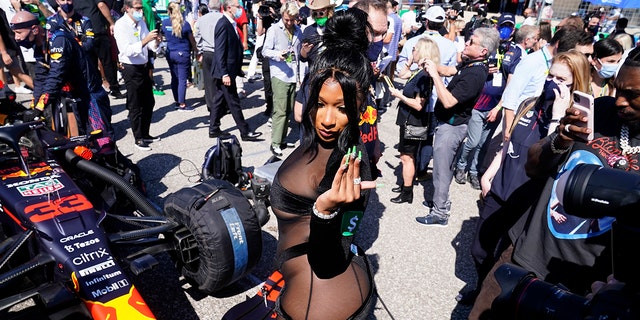 The Texas native was at the race doing social media posts for her sponsor Cash App, and when Brundle first approached her and introduced himself she waved and said “how are you” as a large bodyguard shook his head “no” and gestured that Brundle should back off.

He continued “Megan, you’re a freestyle rapper, you got any rap for us today on Formula One?”

She responded while still walking with a laugh and said, “I have no rap today, I’m sorry.”

Brundle then tried to ask her what driver she supported when another member of her entourage forcibly got between the two and told Brundle he can’t do that.

“I can do that, ’cause I did,” Brundle said into the mic as he walked away, making it clear he had no issues with the rapper herself.

“She seemed very happy to talk, didn’t she? That was very nice of her and I appreciate that.” 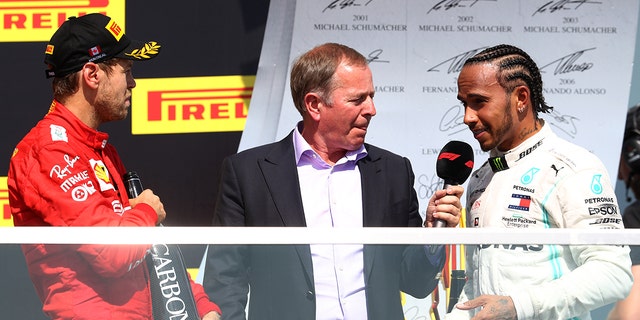 Brundle, who spent 10 seasons as an F1 driver, on Monday tweeted, “I have felt under pressure on the grid before but by people called Senna, Prost, Schumacher, Mansell, Piquet and so on. Bodyguards visiting the grid for the first time don’t bother me, everyone’s got a job to do, but they could maybe learn some manners and respect on our patch.”

It wasn’t the 62-year-old’s only miss at the race. When he spotted Serena Williams talking to Rory McIlroy he said he was going to try to talk to her, having not had any luck with her sister Venus at a race several years prior, but when he asked, “Serena, are you good for a chat?” she appeared to shrug “sorry” and walk away. 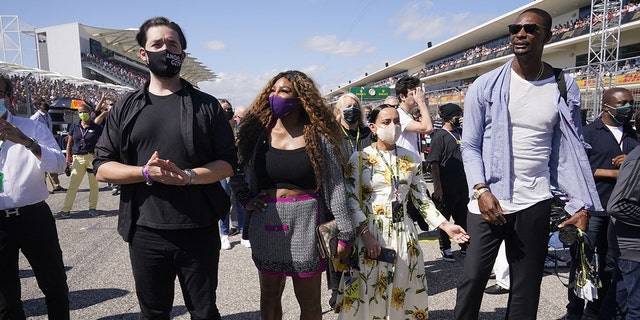